The alarming increase in caesarean births in India

The need for caesarean births in a country should ideally not exceed 10-15%, according to the World Health Organization (WHO).

Anything higher suggests that either women are opting for a controlled birth or that a profiteering healthcare system is pushing women into caesareans. The past decade has seen India cross that WHO threshold for caesareans at an overall level, and leave it way behind in the case of births at private hospitals across several states and districts.

The share of caesarean deliveries in institutional births in India—a surgery that costs two to five times a normal delivery—has doubled in the past decade. Even in public hospitals, 19 states or Union territories (UTs) have crossed the 15% threshold. But their incidence is much higher in private hospitals: the rate of caesareans in private hospitals is nearly thrice that in public hospitals.

And, of the 318 districts where private establishments had at least a 10% share in total deliveries, four-fifths were above the 15% mark and one-fourth above 50% in the private space. 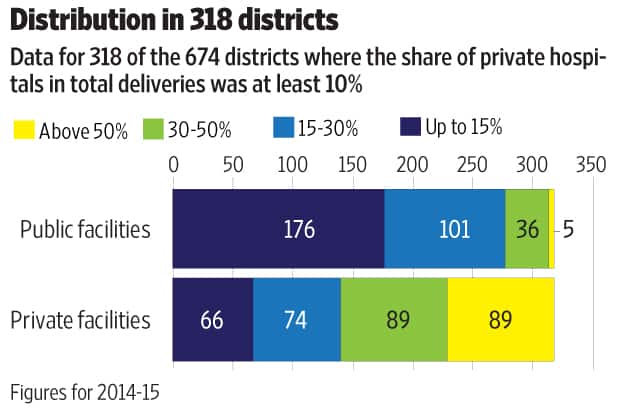 In all states/Union territories, compared with public hospitals, private establishments registered a higher incidence of caesarean births. Other than Kerala and Gujarat, the differential is pronounced. The states that registered a very high caesarean rate in private hospitals include both economically-poor and relatively better-off ones. Studies have found that children born by caesareans are at a higher risk for obesity, allergies and type-1 diabetes. A study in Scotland done over a 15-year period and released last month showed that babies born by a planned caesarean exhibited more health problems than emergency caesareans.

With the Indian caesarean rates in certain sets hitting those of western countries, it’s a point to note for health reasons, as well as financial ones: a 2010 WHO study of 137 countries noted that half of these countries spent $2.3 billion on ‘unnecessary caesareans’ in 2008. 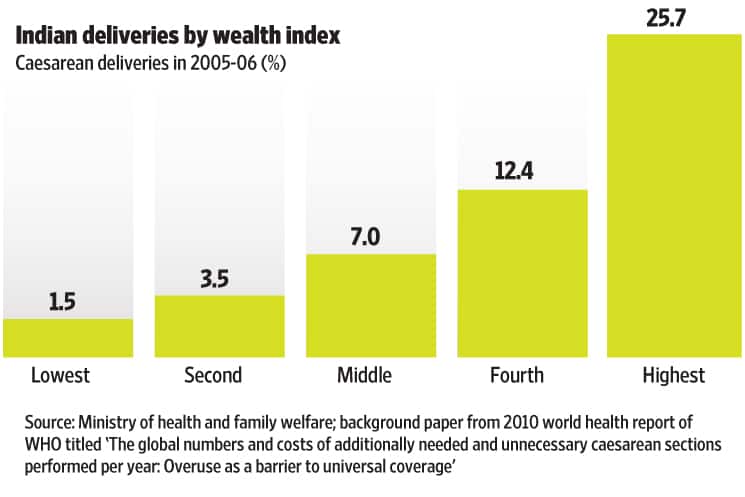 howindlalives.com is a search engine for public data.