The state of India’s forests

Around 90% of CO2 emissions are caused by land-use change or deforestation, mostly driven by population growth and agricultural expansion

While the definition of forest remains ambiguous, felling continues to be a major contributor to climate change. According to the Intergovernmental Panel on Climate Change, around 90% of the carbon dioxide emissions are caused by land-use change or deforestation, mostly driven by population growth and agricultural expansion.

The FSI report does not make any distinction between the origins of forest. It includes all land with a tree canopy density of 10% and above and a minimum mapping unit of one hectare.

A forest is defined as land spanning more than 1 ha, dominated with native tree species having a minimum stand height of 5 m with an over storey canopy cover greater than 10% in the study published in Biodiversity and Conservation, Springer. 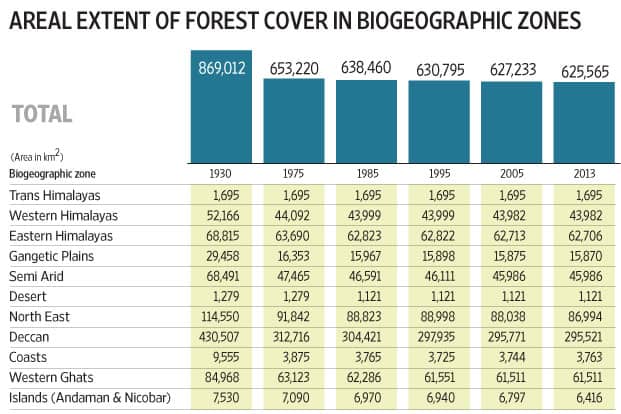 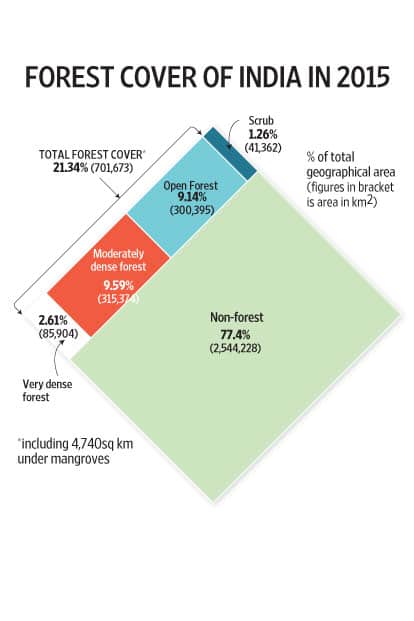