Why the Supreme Court’s tax bench is timely

Tax cases affect not just the taxpayer in that immediate instance, but others in similar positions

Sikri is a former chief justice of the Punjab and Haryana high court. He was first elevated as a judge of the Delhi high court, where he headed the tax bench dealing with income-tax cases, including several leading cases relating to international taxation. Nariman, who was elevated directly from the Supreme Court bar, was solicitor general of India, in which capacity he appeared before the apex court in a number of tax cases, including the Vodafone tax dispute. 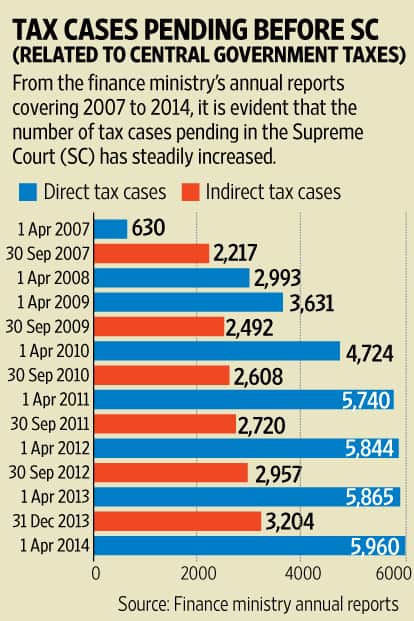 The bench will now hear about 386 cases (of which 20 were on Monday’s list), and the move has been hailed across the board as a good one.

“No country in the world has so many tax cases in front of the Supreme Court. Tax disputes are complex and involve huge stakes," said Nishith Desai, managing partner of law firm Nishith Desai Associates, calling it a “very helpful and important step". Evidence of this is available in tax cases too. Tax cases, even those that don’t have a constitutional question at stake, affect not just the taxpayer in that immediate instance, but hundreds, maybe thousands, of other taxpayers in similar positions.

The government is also affected, increasing its difficulty in estimating revenues due to uncertainty in outcomes of cases that can remain pending to judicial determination for many years. “A specialized tax bench would be in a better position to dispose of the cases faster in a judicious manner, especially because judges would have deep understanding of not only tax laws, but also of the Constitution and other laws," said Desai.

Not all of the pending cases, for instance, will require separate full-fledged hearings since the total pendency number includes recurring disputes, which haven’t yet been resolved by the Supreme Court, could be resolved together in one hearing.

“Tax is a complicated area of law and hence it requires special attention," said Sameer Jain, tax lawyer and founding partner of Pamasis Law Chambers. “Constitution of a dedicated tax bench will not only bring focus to new as well as long-pending matters, it will also bring consistency to the orders passed in identical cases. This move will bring confidence to litigants." Alok Prasanna Kumar is a senior resident fellow of the Vidhi Centre for Legal Policy, focusing on judicial reform.

Shubham Jain and Aayushi Agarwal contributed to this story.