New Delhi: India’s telecom regulator is likely to recommend to the government that there is no need for an exit policy in the telecom sector for operators who want to get out of the business.

“Based on the comments received from stakeholders and keeping in view the Hon’ble Supreme Court Judgement of 2nd February 2012..., the authority proposes to recommend to the government that there is no need for separate exit policy, that the entry fee paid by the licensees will continue to be non-refundable," Telecom Regulatory Authority of India (Trai) said in a statement issued late Monday.

The regulator had started the process of formulating an exit policy with a pre-consultation paper on 6 January. Stakeholders had until 26 January to submit their comments. 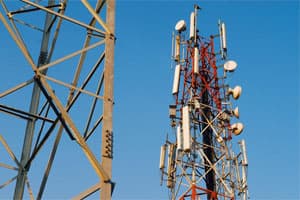 According to the letter, the need for an exit policy arose from Trai’s initial recommendations on spectrum management and licencing framework, in 2010. The recommendations were for an overhaul of the existing 2G policy and many of them have been included in the proposed National Telecom Policy 2012 that is expected to be approved by April.

“The provision for surrender of licence is already prescribed in the draft guidelines. As such, the authority does not find any justification for a separate exit policy in case of Unified Licensing Regime," Trai said in its draft response to the government. Currently, if an operator wants to surrender a licence, it has to give a notice of at least 60 days.

Stakeholders who want to comment on the consultation process have until 5 April to submit their suggestions.

The need for an exit policy was felt because the sector had about a dozen companies and tariffs that were lower than one paisa a second made the business unviable for many. On 2 February, the Supreme Court cancelled 122 licences belonging to nine operators, essentially doing away with the need for an exit policy and to a large extent, the need for easier merger and acquisition rules. The operators have until 2 June to continue operations, according to the court ruling.

Trai said as these licences will stand cancelled four months from the date of the Supreme Court judgement, there was no need for an exit policy for them.

Telecom companies have to pay ₹ 1,650 crore as entry fee to obtain licences to operate across the country.

According to Trai’s draft response, several stakeholders favour refunds on a pro-rata basis, subject to fulfilment of licence conditions. Stakeholders have suggested that an operator be allowed to exit after giving adequate notice to subscribers and clearing all dues, and that the amount of refund may vary depending on the status of spectrum allocation, Trai said in its response.