The grand march to majority

The Grand Alliance of the JD(U), RJD and Congress has secured a two-thirds majority in the fiercely contested Bihar assembly elections

The Grand Alliance of the Janata Dal (United), Rashtriya Janata Dal and Congress has secured a two-thirds majority in the fiercely contested Bihar assembly elections, halting the march of the National Democratic Alliance, led by the Bharatiya Janata Party (BJP), in north India. 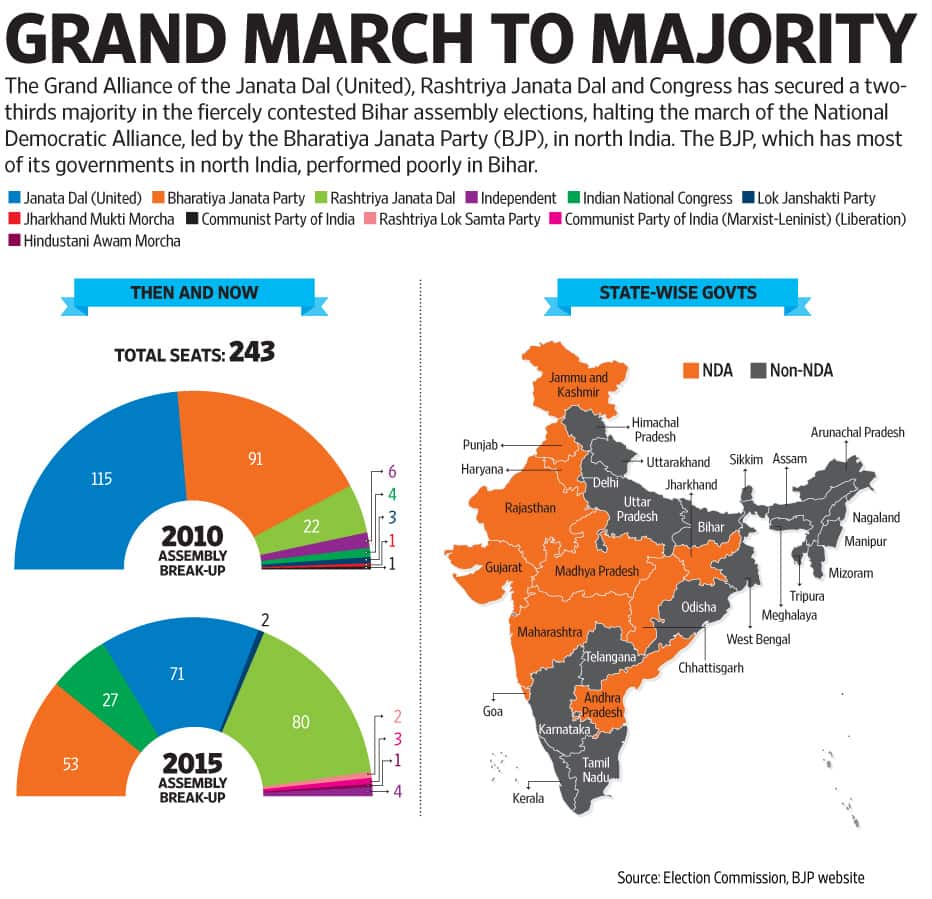 The BJP, which has most of its governments in north India, performed poorly in Bihar.