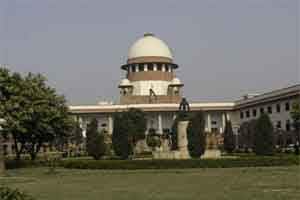 The apex court bench had earlier stayed temporarily the high court’s order, which had put on hold the trial court’s order granting bail to Chandolia. The bench granted bail to Behura stipulating that he would furnish a personal bond of Rs10 lakh and surety of Rs5 lakh.

With the imminent release of Behura after grant of bail to him, Raja will now be the only accused left in jail in the case as all others, including DMK MP Kanimozhi, have been given bail.

Behura and Chandolia were arrested by CBI along with Raja on 2 February 2011. Chandolia had approached the SC against the high court’s suo-motu decision to stay the grant of bail to him by the special court on 1 December 2011, saying that the order was “unwarranted and erroneous".

The apex court had on 7 December 2011 put on hold the high court’s suo-motu decision of staying Chandolia’s bail and had issued notice to the CBI on Behura’s plea on 2 January.