Mumbai: Although wage growth in rural areas has been higher than in urban India, the rise was still significant in the latter between 2004-05 and 2011-12. Wages of casual labourers grew at 14.8% and wages of salaried workers grew at 13.8% a year in those seven years in urban areas. The economy grew at an average 13.7% in nominal terms during that period.

The convergence in urban wages has been higher than in rural wages, with the coefficient of variation across states declining 14 percentage points to 26% between 2004-05 and 2011-12 as low-wage states caught up with high-wage ones. 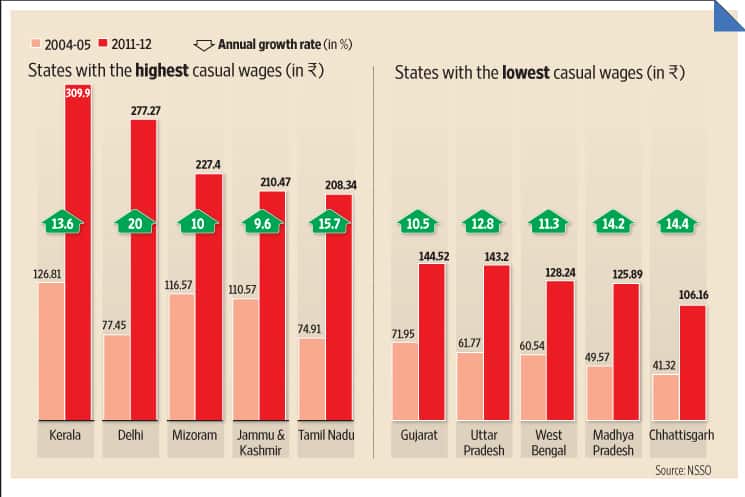 This is the fourth in a multi-part series, in whichMintexamines the structural shifts in labour markets, based on the latest National Sample Survey Office data.