Here's a look at where the donations go, why people donate in these specific areas and which sectors see gaps in demand and supply

Philanthropy in India is mostly measured by how much a person gives, rather than where the money goes or the impact of the donation. A McKinsey & Co. report released in October 2013 suggests that donor interest is heavily concentrated in just a few areas, such as primary and higher education, neonatal, maternal and primary healthcare, sanitation, water and rural housing and disaster relief.

The report also highlights that areas such as primary education and maternal care have seen a quantity gap, where demand outstrips supply. And supply to other areas such as conservation of traditional arts and crafts is almost non-existent, the report adds. Here’s a look at where the donations go, why people donate in these specific areas and which sectors see gaps in demand and supply. 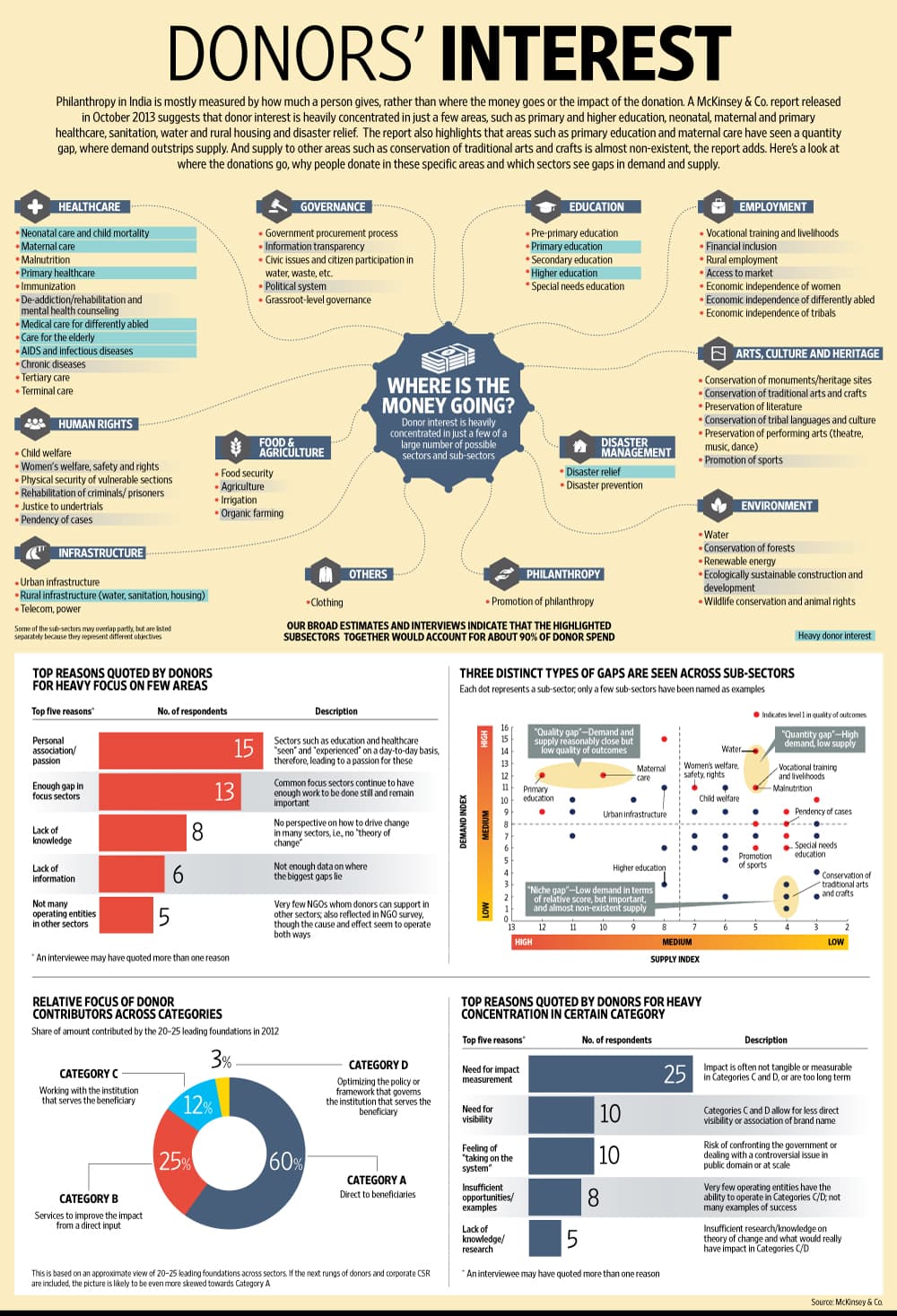