Sports psychologist Gayatri Vartak says what people forget is that if P.V. Sindhu has lost these finals, it means she has made it to the finals

New Delhi: P . V. Sindhu on Tuesday won the silver medal in women’s singles badminton at the Asian Games in Jakarta. It was India’s first ever silver in the event. That’s the good news.

The not-so-good news: this is Sindhu’s fifth loss in the final of a major tournament this year. Predictably, Sindhu and her coach, Pullela Gopichand, brushed aside questions about her mental strength when it comes to crucial final matches. “There is no mental block, but sometimes you make mistakes," news agency PTI cited Sindhu as saying after the final.

International badminton player-turned sports psychologist Gayatri Vartak says: “What people forget is that if she has lost these finals, it means she has made it to the finals. That’s consistency. But people always want to see end results."

While each win draws attention to the number of hours spent in the gym or the court, defeats tend to reduce these contests to a narrative of missed opportunities. 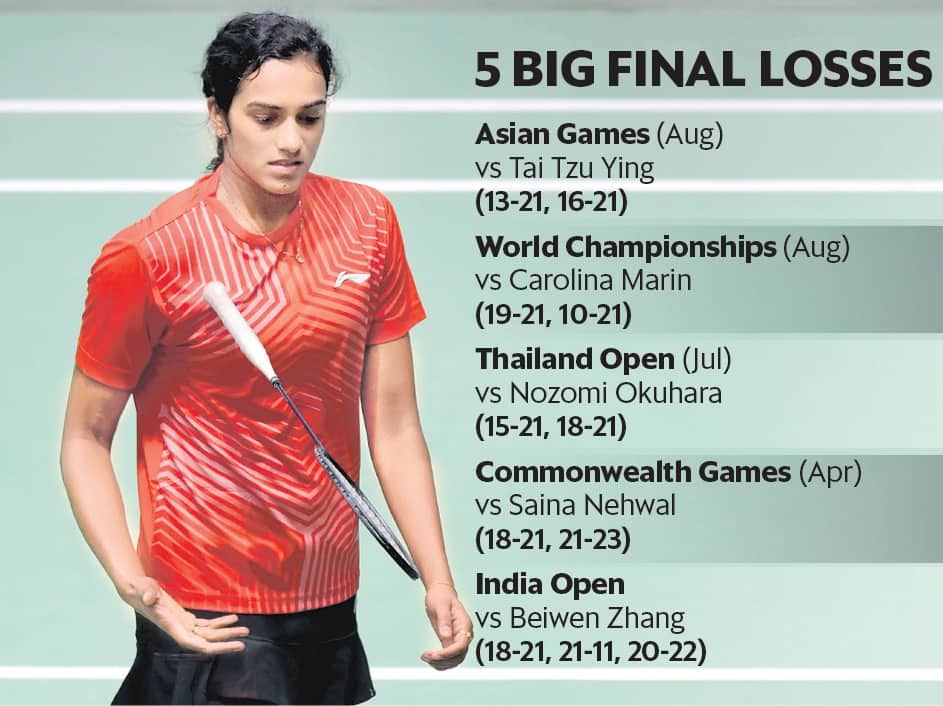 There comes a phase in every athlete’s career when she seems to do all things right and yet fumbles near the finish line. Archer Deepika Kumari is another case in point. And if you keep losing near the finish line, the burden of failure starts mounting. The South African cricket team has still not been able to shake off the chokers tag.

Serbian tennis player Novak Djokovic was considered a “joke" in his early career. Then, between 2011 and mid-2016, he won 11 grand slams out of a possible 22, after he changed his game, diet and practice regime.

“When it happens over a longer time, you tend to try harder and overcompensate, which results in unforced errors," says Divya Jain, a sport psychologist and head of psychological services at the department of mental health and behavioural sciences at Fortis Healthcare. “You start second-guessing yourself and fail to play your natural game."

Jain says it can impact different athletes differently. “It can become your greatest motivator or your biggest enemy. That is why mental training becomes really important," she says.

“We always had sceptics, who will say what they have to. Hopefully, we will reverse that," PTI cited Gopichand as saying.