The 18th Asian Games start in Indonesia on Saturday. Here are some of India's most exciting prospects

In the spring of 1951, 491 athletes from 11 Asian national Olympic committees descended on the Indian capital to participate in the first Asian Games. Sixty-seven years and 17 editions of the quadrennial event later, India is sending 572 athletes to participate in the world’s second-biggest multi-sport event that starts in Indonesia on Saturday.

India’s best performance at the Asiad was in Guangzhou 2010, where the country won 65 medals, including 14 golds. In Incheon 2014, Indian athletes won 57 medals, comprising 11 golds. India will be hoping for a better show from the 572 athletes who will compete across 36 sporting events in Jakarta and Palembang from 18 August-2 September.

India’s best hopes lie in disciplines such as athletics, wrestling, shooting, boxing and badminton. The rise of badminton has been one of the greatest success stories of Indian sport recently. And despite the competition from the Chinese, Malaysians and Indonesians, Indian players are capable of winning medals in each category. “We go in with a chance in every event and very rarely (has) this happened with the Indian team...," PTI quoted chief badminton coach Pullela Gopi Chand as saying earlier this week.

In athletics, fresh from her gold medal in the World U20 Championships, Hima Das will be leading the charge. Keeping her company will be Dutee Chand. In field events, expectations are high from Neeraj Chopra, 20-year-old Commonwealth champion javelin thrower, and Seema Punia, the seasoned discus thrower. Athletics has been one of India’s strongest suits at the Asiad, and this edition should be no different.

This Asian Games could also prove to be the platform for India’s women wrestlers to redeem themselves. Only Vinesh Phogat could manage a gold at Gold Coast. The rest of the contingent would be eager to change the colour of the medals. Meanwhile, the men, spearheaded by veteran Sushil Kumar, would be looking to continue their good show from Australia.

All eyes, however, will be on the shooters, who have had an unforgettable year so far. Expect fireworks again from teenage sensation Manu Bhaker, who has won a gold medal in every competition she has participated in this year, and seasoned campaigners like Heena Sidhu.

But beyond the Sushil Kumars and Sindhus, there is a sea of talented athletes representing India in Indonesia. Here’s a list of 10 such athletes who have emerged in the past year or are making a comeback that we are most excited about. 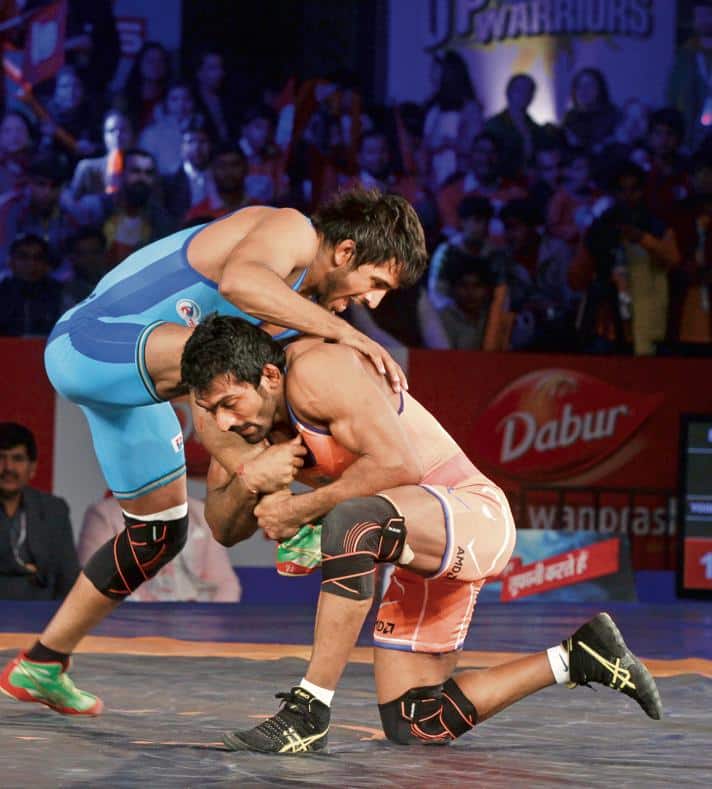 With three consecutive gold medals in international events this year, he has become a force to reckon with in his weight category

With a hat-trick of golds (the Commonwealth Games in Australia, Yasar Dogu International in Turkey, Tbilisi Grand Prix in Georgia) in his kitty, Punia (right, in blue) could not have asked for a better build-up to the Asian Games. In Turkey, in fact, he decided to fight above his weight category (in 70kg). “It was a conscious decision so that I had the time and comfort to lose weight and return to normal for the Asiad and give my best," he says. Punia knows that the Asian Games competition will be way stiffer than the Commonwealth Games, almost as tough as the World Championships, but he’s hoping a tip or two from his mentor, Olympic bronze medallist Yogeshwar Dutt, will come in handy. 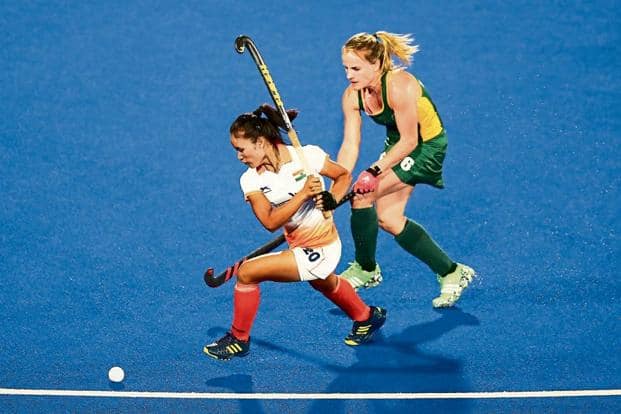 The best of India’s attacks in London were centred around the Mizo girl Siami, as her teammates refer to her. She has the ability to influence a match at every stage and keep her team in the contest. During last year’s Asia Cup campaign, she realized that not knowing Hindi was a drawback. “We made Rani (Rampal) her roommate," says Harendra Singh, who was the team’s coach at the time. Her Hindi might have improved only marginally since but her game has evolved quite a bit, as was evident in the World Cup. India have beaten teams from China, Japan and Korea across tournaments recently, but penalty corner conversions could be the key for them in Jakarta. 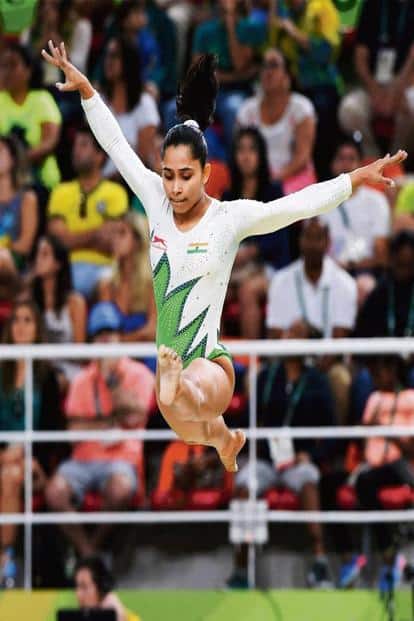 Karmakar, and the rest of India, could not be more relieved at her return from the career-threatening injury she sustained in 2017. In her comeback tournament, the Gymnastics World Challenge Cup in Turkey in July, the gymnast from Agartala wasn’t facing just the pressure that comes with a comeback, but also a changed scoring system. Returning to action with a Handspring 360 and a Tsukuhara 720, she won India’s first gold in a global gymnastics event. “A lot can happen in two years, and the mental comeback is as tough as the physical one," she says. But India expects no less from the daredevil who is giving the dangerous Produnova a break for the moment. She goes up against the defending vault champion, China’s Liu Jinru, in a field that’s filled with talent. 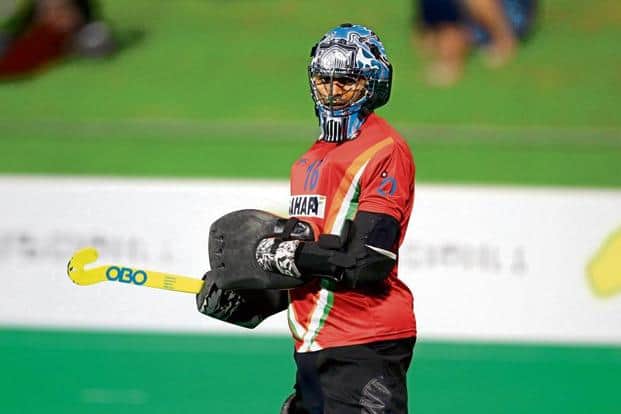 The ‘wall’ of Indian hockey came into his own in the Champions Trophy, where India finished runners-up to Australia

When Sreejesh returned to the Indian team after an eight-month injury layoff, there were concerns over his fitness and form. There was also a threat in the form of young and emerging goalkeepers who were doing well in his absence. But Sreejesh is an old hand. Not only did he win his place back in the team, he also regained the captaincy. In his captain-goalkeeper dual role, he gives the forwards confidence to press harder. “I tell them, you guys manage it in front, I am here at the back," he says. The Champions Trophy performance in Breda earned him the Best Goalkeeper Award, which will give the team, the defending champions, confidence as they start their campaign against Hong Kong on 22 August. Anything less than the gold will, in fact, be an upset.

In an athletics career less than two years old, Das has dashed past all expectations. If her sixth-place finish in the 400m final at the Commonwealth Games this year was commendable, the gold at the World U20 Championships in Finland in July, where she clocked 51.46 seconds, was nothing short of a dream. “I don’t run after medals, I run after time," the Assam girl says. Das’ personal best remains 51.13 seconds, a fair bit less than the world’s fastest sprinters currently, who all run under 50 seconds. In Jakarta, her biggest competitor in the 400m will be Bahrain’s 20-year-old Salwa Eid Naser, who has run the five fastest times in Asia this year. In the 200m, Das could be competing with compatriot Dutee Chand for a medal. 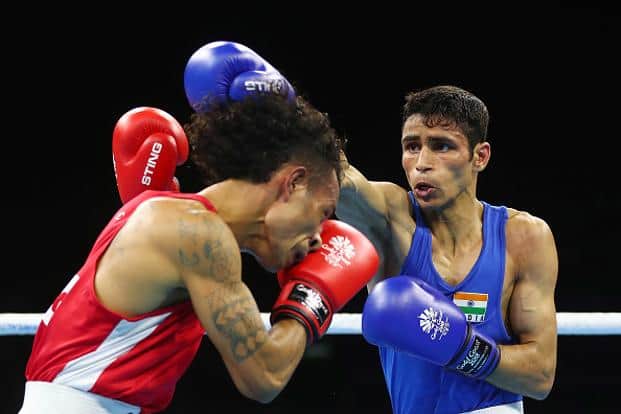 The boxer from Ballabgarh has been tactically impressive this year, winning gold in Gold Coast and earning the tag of “Iron Chin". At the Chemistry Cup in Germany in June, Solanki (above, in blue) beat the experienced Alejandro Merencio of Cuba, giving himself a big confidence boost ahead of the Asiad. “His footwork is great and he responds well to a good training environment with things such as video analysis," says the Indian team’s high-performance director, Santiago Nieva. After the forgettable 2014 Asiad campaign, where India’s male pugilists won just bronze medals, Nieva has every reason to be more hopeful this time around. 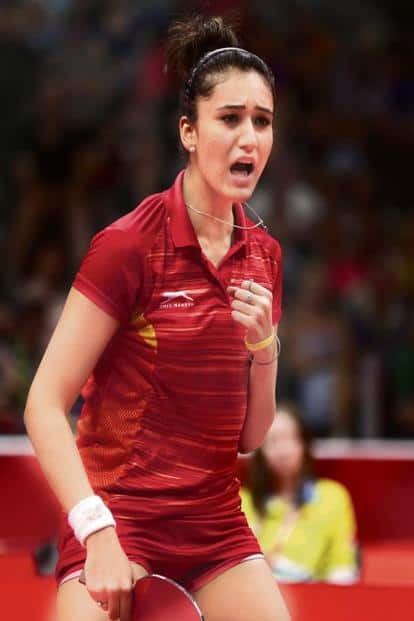 The Delhi girl who rose to prominence at the competition in Gold Coast this year with four medals from four events, including two golds, will have an uphill task in Jakarta, where the Chinese challenge awaits her. At the Australian Open recently, she lost in the first elimination round. Batra is keeping her Asiad goals realistic. “I know there are expectations, and that adds to the pressure, but right now the aim is to reach the quarter-finals," she says, knowing very well that Korea, Japan and Singapore will not be easy opponents either. After the Commonwealth Games success, plenty has been spoken about the pimpled-rubber racket Batra uses to fox her opponents. She has added a new trick or two to her armoury, which her opponents will get to see only at the competition. 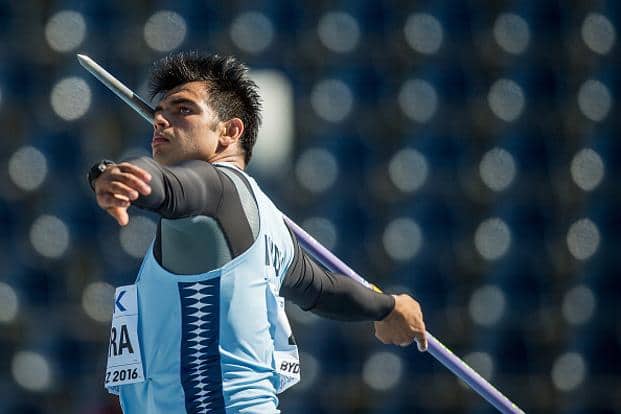 He’s fresh off a gold in the Savo Games, Finland

The reigning Commonwealth Games gold medallist, Chopra is also the Asian season leader. What will give him confidence going into the Asian Games is the fact that he beat Chinese Taipei’s Chao-Tsun Cheng to gold in Finland with a throw of 85.69m. Cheng is the only Asian who has managed to throw the javelin beyond 90m, but his season’s best has been an 84.60m in Sweden, compared with Chopra’s 87.43m in Doha. The Indian has had a superbly consistent season, with the five best Asian throws to his name, and will start out as a favourite. “There’s no reason to take the competition lightly," he says. “The throwers from Qatar, Japan and China are good too. But I don’t take pressure either, it shifts my focus." No Indian has won a gold for javelin throw at the Asian Games till date. No pressure then. 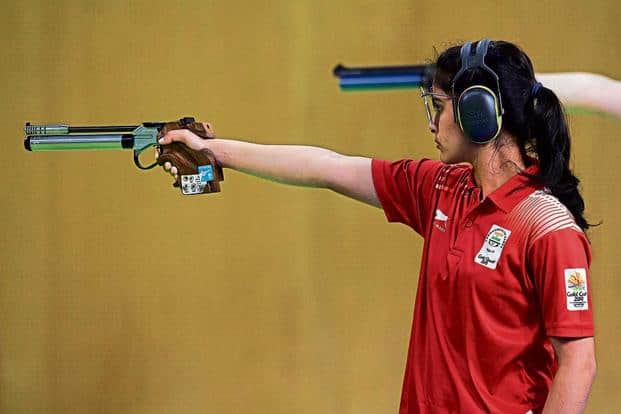 At the age of 16, Bhaker has already won an incredible 10 gold medals in her short career. So far, she has also managed to keep at bay the off-field distractions that come with winning gold medals at international sporting events. “I am technically feeling more confident than I was before the Commonwealth Games," she says. That’s good news for the Indian contingent. Bhaker will start the 10m pistol event as one of the favourites and her biggest challenge will come from the higher-ranked Qian Wang of China. The Chinese top the charts in the 25m event too, and the teenager from Haryana will battle fellow Indians Rahi Sarnobat and Heena Sidhu for a medal. 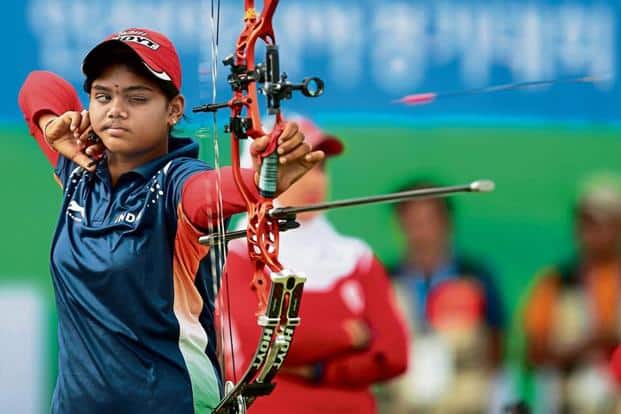 It has been a terrific World Cup season for the youngster from Vijayawada, with three silver medals and as many bronzes, the latest from the Berlin World Cup in July. Success has come a bit late for Vennam, who made her international debut at the age of 13, but that’s because she gave equal importance to academics. Now that she has completed her BTech degree, archery is getting more attention. None of her medals, however, has come in the individual category so far. A jinx she is keen to break in Jakarta, though it will be tough, given the competition offered by the Koreans and the foot injury she hasn’t yet fully recovered from. “She soaks in pressure well. So, in the team event, if someone has hit a bad shot, she has the ability to make up for her," says coach Jiwanjot Singh.