The Christians of Turkman Gate

On the fringes of Old Delhi, Christians who used to speak Urdu are now turning to Hindi and running a school for Muslims

Padri Danny’s loud greeting is met with a chorus of even louder “jais" inside Holy Trinity Church, in the “Christian basti" of Delhi’s Turkman Gate quarter.

The spoken language at the basti, or neigbourhood, is rich with Persian influences, with words such as roza, namaz and dua used to refer to fasts, service and prayers, respectively. Older members of the community still use greetings of “salaam", meaning peace. The “jais" reverberating off the walls of the church are probably recent additions to the community’s ecclesiastical lexicon.

It is Saturday evening and the church compound throngs with worshippers preparing to leave for Greater Kailash, or GK. At this altogether more upmarket Delhi neighbourhood, the pastor will be presiding over a special private prayer session at a former basti resident’s house. In addition to the pastor and his flock, there are large speakers and several deghs, or pots, of mutton qorma and biryani to be transported for dinner later.

The crowd is full of people of all ages—from young men on motorcycles to old men and women. As they wait for taxis and transport, Padri sahab, as everyone calls the pastor, decides to check everybody’s knowledge. He starts quizzing the assembled devotees on the Bible. The response is disappointing, prompting an impromptu lesson on the life of Moses. Slowly, most of the crowd bound for GK trickles out. Some women stay behind. They grumble, but they play an important role. It is they who will be on hand to fill pots and pans and tanks, as neighbourhood water connections come only after 5pm. Municipal water supply for Shahjahanabad is usually for around two hours plus, evening and morning.

The Holy Trinity Church forms the epicentre of this small community of Christians living a stone’s throw from the dominant Muslim mohalla of Turkman Gate in Old Delhi. The community, mostly comprising converts from lower castes, is trying to hold on to its “new" religion in the dominant idioms provided by Hinduism and Islam. They use these identities to assert their own identity. This is easier said than done. 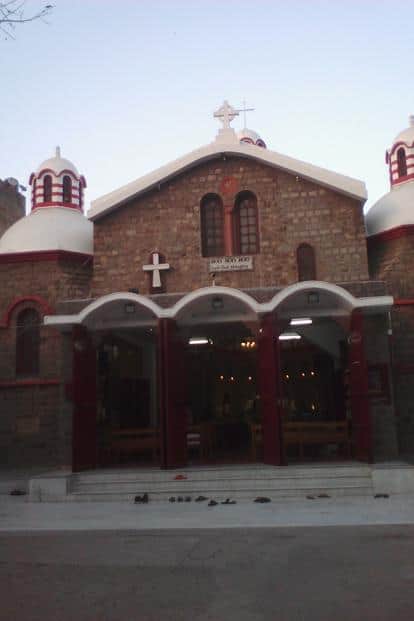 Many Christians have moved out of the basti. But for those who are still here, their lives revolve around the neighbourhood and community. The slow life of the mohalla, with women chatting in the Sun and children playing nearby, is a picture-perfect illustration of the idyllic life of the neighbourhoods of Old Delhi.

Church and the basti

Holy Trinity Church, on Faseel Road, near the dargah of Shah Turkman Bayabani, was built by missionaries in 1905 to serve local Christians. Missionary work around Turkman Gate had been active in the late 19th century, as this district was one of the poorest and most populated areas in Delhi.

Despite its antiquity, the Christian community living around the church today numbers no more than 45-50 households, accounting for about 150 to 200 people. Each house accommodates two to three families—in a single building. Padri sahab stays at Fatehpur Beri and visits the community on days of service.

“Its historical roots go back to the evangelist work of the Society for the Propagation of the Gospel in the Chamar (sic) bastis of Delhi and its neighboring villages from 1860 onward."

“In 1883 these Anglican missionaries purchased four sites on which to settle some of their Chamar converts who agreed to avoid work on Sundays as well as participation in non-Christian rites and ceremonies. One of these sites was at Turkman Gate. In 1905 a beautiful Byzantine church was built there, thus creating a separate congregation and cementing a close relation between the church and the basti. Whereas all of the original residents and members were leather workers, by 1947 none of them were, and today it is predominantly a middle-class congregation of skilled and white-collar workers in diverse occupations and professions."

A small distance from the church, but within the compound, is Holy Trinity Primary School. The school was built somewhere between 1913 and 1920. Neighbourhood children now go to better-run Christian schools in Delhi. But up until the 1990s, all the locals went to this small community school.

An obsession with English medium education started in the 1990s, says Joel Mathews , the school’s caretaker-manager, whose own daughter studies at St. Thomas School.

Today, 99% of the students here in this school in the church compound are Muslim children from the Turkman Gate neighbourhood. Only one teacher is Christian; the rest are all Hindus and Muslims. The school is in Hindi medium, but Urdu is taught along with English.

According to the school statistics, given by Mathews, there are 152 students (as of 2017), five MCD teachers, one safaikaramchari (cleaner) and an attendant. Almost all of the school’s funding comes from the MCD and about 5% from the church management.

Each student is paid a stipend of Rs2,000 annually, with a mid-day meal. Regulations stipulate that, each day, a student must receive 250 grams of food.

Mathews says the government is doing a lot to promote education among local children, but enrolment rates in the school are poor. They have the resources, they just can’t find the teachers who want to work sincerely—a general problem.

Christians and their Bibles

Dinah Mathews, Joel’s mother, is the most active 80-year-old woman you will ever see. (Perhaps she is much older. Nobody seemed to know for sure.) Originally from the Ajmeri Gate neighbourhood, marriage brought her to Turkman Gate. And she has lived here ever since. Indeed, she tells me, she actively dislikes travelling outside.

The school has been in Dinah’s family for generations. Her father- in-law, Sunil Mathews, ran the school with the British, and her husband, John Mathews, did odd jobs to keep things running.

Dinah still reads from her Urdu Bible, but the rest of the community has now turned to Hindi versions of the Bible. Her other son, James, used to drive an auto-rickshaw but now stays at home due to ill health. Dinah’s third son, Noel, is going to be a priest soon. Priesthood requires a long process of learning, hard work and then several interviews followed by vows of selfless service

The church is managed by a committee. And one of its members is Tony. Tony and his wife, Gomati, were Hindus who converted to Christianity almost 40 years ago. They have lived at Turkman Gate for more than 35 years now. Tony will soon retire from the church committee.

Gomati was raised at a Kolkata orphanage before she married Tony and moved to Delhi. They have three children. Their musician son left India some years ago, a daughter is married to a family in UK and the youngest son stays with them. During our conversations, Tony did not miss a single opportunity to proselytize about the Christian faith and its “good points".

Basti and the police

Many from the basti—like Leena Gavin, who lives further down on Faseel Road—feel sad that the Christian population is decreasing in the area. Many have moved out, and as they do, Muslims buy up their houses.

Besides Gavin’s, there is only other Christian home left on Faseel Road. Once upon a time, there were a dozen. Leena finishes her housework in the morning, and then likes to spend her entire day at the Church compound, chatting with other women.

Although there has never been any tension or conflict between the local Christian and much larger Muslim communities, the Christians, I was told, often have petty little disputes over issues such as misbehaving children or drunken revelry gone out of hand.

As I spoke with Dinah, others chipped in from time to time. During the Emergency and other disturbances at Turkman Gate, they said, the police have always been friendly to the Christians. They have never felt unsafe or insecure. There were some recent attacks on the churches in Delhi and police security has been provided to all the Delhi churches. Now, every evening from 8pm, a policeman sits in the compound for security reasons till morning.

Around Christmas, the whole basti wears a festive look. Often, young Christian children can be seen wearing Pathani suits and kurtas. As the residents here do their everyday shopping from the nearby Muslim markets, their clothes too are often bought from the Sui-Walan-Jama Masjid market.

On Wednesdays, the church evening service starts with the bell tolling around 6.30pm. This is the traditional call to the community. Men of the church—Padri sahab, Martin (his assistant) and a few other men dressed in their robes—walk up the central aisle, carrying a crucifix, and then start the service as the crowd slowly builds up.

Children and a few old women, like Dinah, are the first to arrive. They get their Bibles, prayer books and book of songs from a neatly kept cupboard (most books are in Hindi).

The pastor starts the service from the podium. To the backdrop of music, a child reads a passage from the Bible. This is followed by a song. The pastor mostly speaks in Hindustani, but making dua to Khuda for his rehmat (praying to God for mercy) is in chaste Urdu.

He asks his audience to use “Yesu masih ki jai" or salaam as greetings and not “worldly" greetings such as “hi or hello", “which mean nothing".

This was his story: the pastor had gone to a shop to buy a pair of spectacles. The shop owner was a kattar (conservative) Hindu with a big tilak on his forehead. But Padri sahab made it a point to greet him with “Yesu masih ki jai", and the shopkeeper returned the greeting with the same “jai".

He tells his audience not to pick petty fights and live as one community, setting aside differences of genealogy or class and status.

After the service, the Christians of Turkmen Gate, these living symbols of a peculiarly Indian syncretism, filter back to their homes.

Uzma Azhar Ali is a PhD in Sociology and a freelance researcher. She is currently teaching at Jamia Millia Islamia.