Tata Steel Ltd reported to the stock exchanges that it had emerged as the “highest evaluated compliant resolution applicant" to acquire Bhushan Steel Ltd, which is currently under bankruptcy proceedings. Tata Steel has reportedly offered to creditors Rs36,000 crore and a 12% equity stake. If Tata Steel does bag Bhushan Steel, it would be the company’s first large acquisition since its challenging experience with UK-based Corus in 2007. It had to endure a perfect storm of crashing commodity prices and a liquidity crunch across the world, and saw its share price erode 76% in calendar 2008. 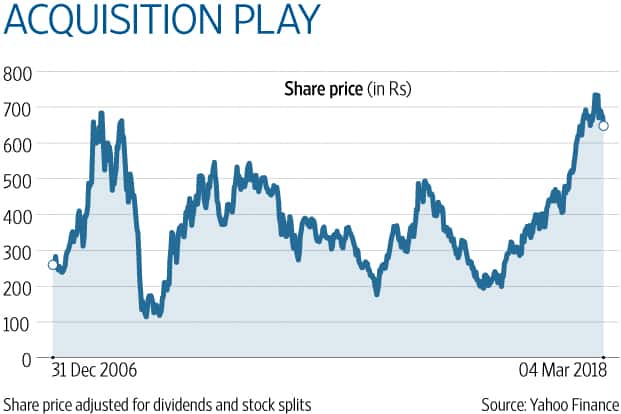 Electronic payments in India dropped in February 2018, in both volume and value terms. This was the first drop since June 2017 in volume terms and since October 2017 in value terms. February does have two or three fewer days than other months. Barring unified payments interface (UPI), all other modes saw a fall in volume terms. In value terms, four of the 10 modes of payment—namely IMPS (immediate payment service), NACH (national automated clearing house), UPI and mobile banking—managed to buck the trend. 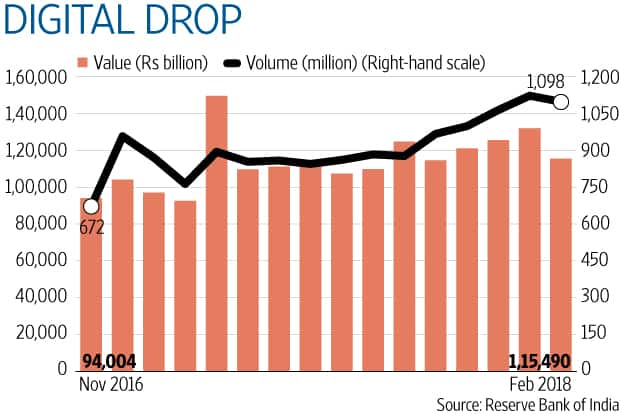 In the Forbes Billionaires 2018 list, only 10 women made it to the list of the top 100 richest people in the world—or, just 10%. Only one Indian woman, Savitri Jindal, who chairs the Jindal Group, featured among the richest 15 women in the world. Overall, a record 256 women made the list of global billionaires in 2018 and their collective net worth topped $1 trillion, up 20% from last year. The list has a record 2,208 billionaires from 72 countries and territories. 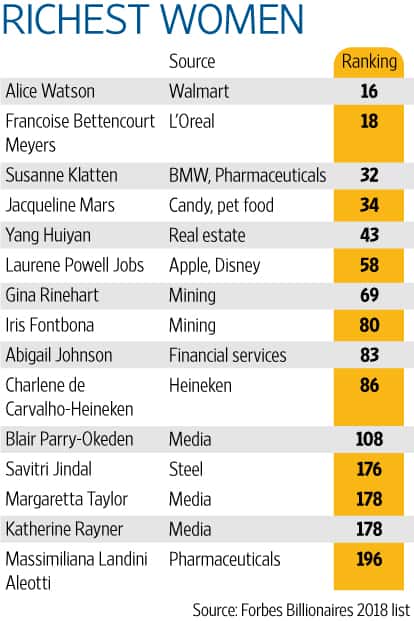 The Bharatiya Janata Party (BJP) took its combined tally in the three north-eastern states that declared assembly polls results—Tripura, Nagaland and Meghalaya—from 1 seat in 2013 to 49 seats in 2018. It is also a part of the government in all three states, consolidating its position in the North-East and having implications for the 2019 general elections. The BJP is already part of the government in Assam, Manipur and Arunachal Pradesh. Across India, after its withdrawal from Andhra Pradesh, the BJP, by itself or through allies, is now in power in 20 states. 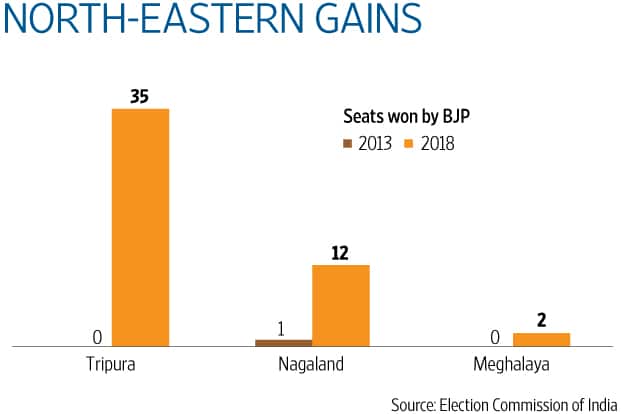 The Board of Control for Cricket in India (BCCI) handed out annual retainer contracts to 26 Indian male cricketers for the period from October 2017 to September 2018, giving a significant pay hike to almost every contracted player. This year, it has created a new category called A+, under which a player would earn Rs7 crore (roughly $1 million); five Indian players have been placed in this bucket for 2017-18. The retainer amount in the second-highest category increased from Rs2 crore in 2016-17 to Rs5 crore in 2017-18. 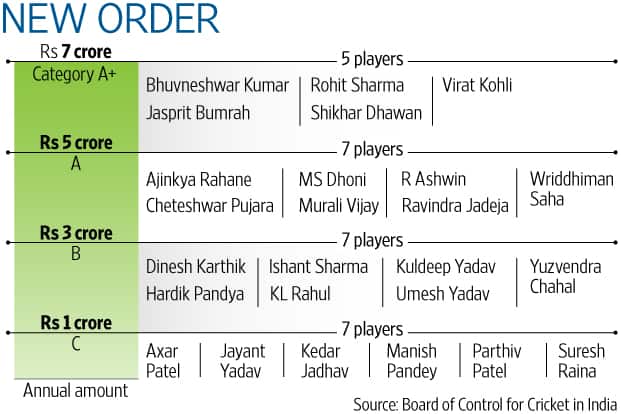 Phil Mickelson won the WGC-Mexico Championship, Shubhankar Sharma the hearts. The 21-year-old golfer from India led for three rounds in a field that comprised seven of the world’s top 10 players and eventually finished ninth for a payday of $270,000. This latest showing, which follows two tournament wins in the last three months, raised Sharma’s world ranking to 66, making him the highest-ranked Indian player, and also earned him an invite to Augusta to play in the Masters. 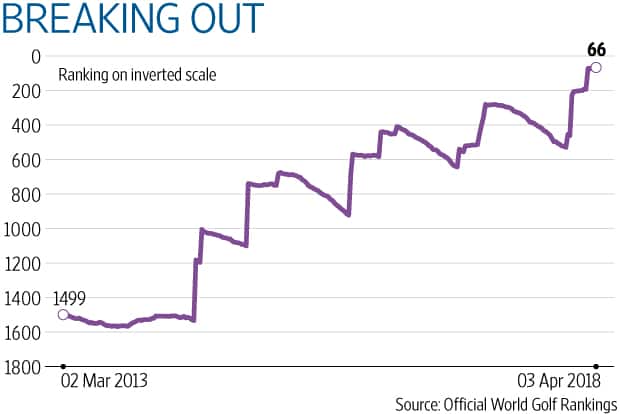 According to Knight Frank’s Wealth Report 2018, India’s financial capital Mumbai is the 16th costliest market for prime property in the world. With $1 million, one can buy prime property space of 92 square metre (or around 990 square feet). With that much money, one can buy just 16 sq m of space in Monaco, the most expensive in terms of prime property, followed by Hong Kong (22 sq m) and New York (25 sq m). Mumbai was the only Indian city in the top 20. 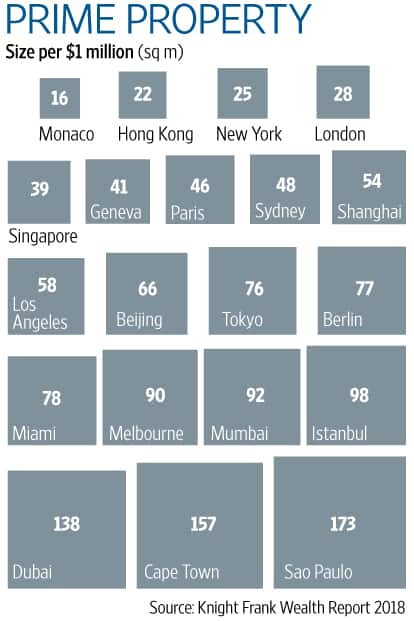 Italian voters delivered a hung verdict and it will take some negotiations to give the country a new government. There was a voter shift to the right, with two coalitions—Centre-right and Five Star Movement—that are anti-immigrant and Eurosceptic in their stance gaining share, and becoming the front runners to form the next government. The coalition of the ruling Democratic Party was third. The Italian constitution gives the president the power to give the mandate to any party, regardless of who wins the most votes. 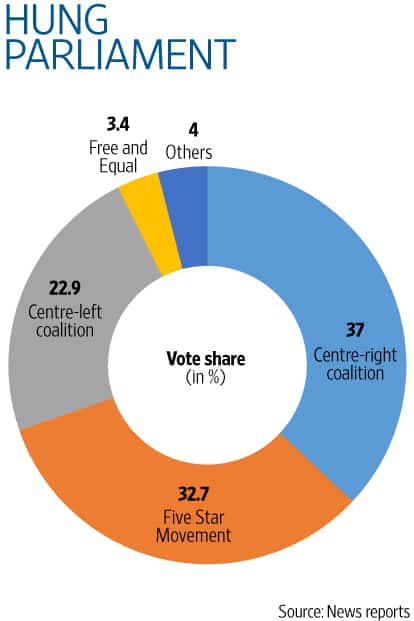 The Shape of Water, a romantic fable about a janitor who falls in love with a sea creature, led with four awards in the 2018 Oscars. The film, which received 13 nominations, won for best picture, best director (Guillermo del Toro), original music score and production design. It was followed by Dunkirk (3 awards) and Darkest Hour (2 awards). 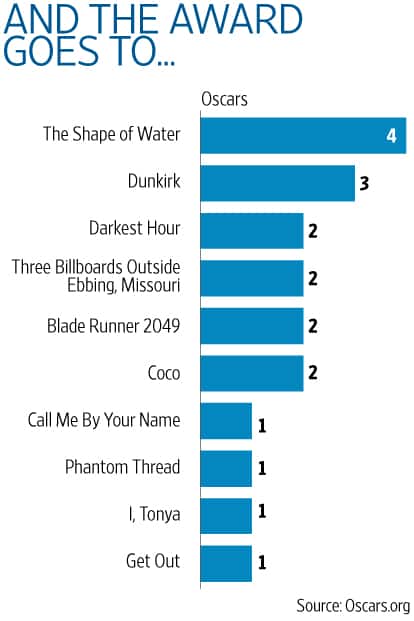 India has been ranked fourth out of 133 countries in military prowess, trailing only the US, Russia and China, according to the Global Firepower (GFP) list 2017. Pakistan ranks 13. The ranking assesses countries on over 50 parameters to give it a Power Index score. Under this index, a score of 0.0000 is a ‘perfect score’ but is realistically unattainable, and nuclear weapons are not considered. India was shown to have 4.3 million military personnel, 2,102 aircraft and 295 naval vessels. 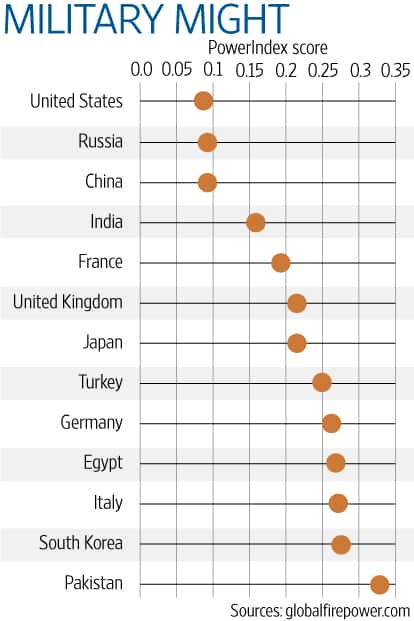