With onion prices shooting up, the government has ordered the import of 10,000 tonnes of onions from countries such as Pakistan, China and Egypt. In New Delhi, prices rose to as high as Rs40 per kg this week. Onion prices at Lasalgaon mandi in Nashik, which sets the price trend across the country, have increased by 66% since the start of July. However, with sufficient stocks available, the government has said that there is no need for concern. Onions have a particularly piquant political angle—high prices toppled the BJP government in Delhi in the late 1990s. 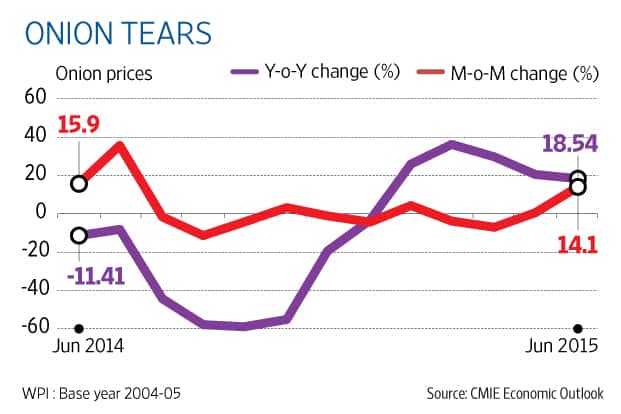 Bengaluru-based gold and diamond jewellery maker and exporter Rajesh Exports Ltd has acquired Switzerland-based precious metals refiner Valcambi SA in an all-cash deal for $400 million. The acquisition was made through Rajesh Exports’ Singapore subsidiary. Valcambi has an installed capacity to refine 1,600 tonnes of gold per annum and additional capacity to refine 400 tonnes of other precious metals. The deal has been part-financed by Credit Suisse to the tune of 30-35%.

Trendsutra Platform Services Pvt. Ltd, which owns online furniture marketplace Pepperfry, has raised $100 million, mainly from Goldman Sachs and Zodius Technology Fund. Existing investors Bertelsmann India Investments and Norwest Venture Partners also participated in the round. The company had raised $28 million in three previous rounds. The funds will be used to open more distribution centres in an attempt to expand the company’s reach in small cities and towns. Pepperfry estimates the domestic furniture and home products market at $32 billion, poised to increase to $300 billion by 2030. The government raised Rs1,600 crore by selling shares in Power Finance Corp. (PFC). This is the second such stake sale this financial year. In April, the government raised about Rs1,592 crore after offloading a 5% stake in Rural Electrification Corp. It also approved the sale of shares in state-run oil refiner Indian Oil Corp. and power producer NTPC Ltd as part of its plan to raise Rs69,500 crore from asset sales this fiscal year. In 2014-15, the government raised Rs31,350 crore through disinvestment, as against a target of Rs58,425 crore. The department of disinvestment on Wednesday said Rs30,000 crore might be a more realistic target this year. India has decided to introduce an import duty of 10% on wheat after a gap of eight years in a bid to curb overseas purchases when domestic stocks are ample. In June, some private firms decided to import 500,000 tonnes of high-protein Australian wheat in the biggest such purchase in more than a decade, leading to criticism against the Modi government for letting down farmers. India is the second largest wheat producer and consumer in the world after China. While wheat stocks declined slightly in 2014, the country’s warehouses hold ample quantities of the grain as farmers get incentives to produce wheat. 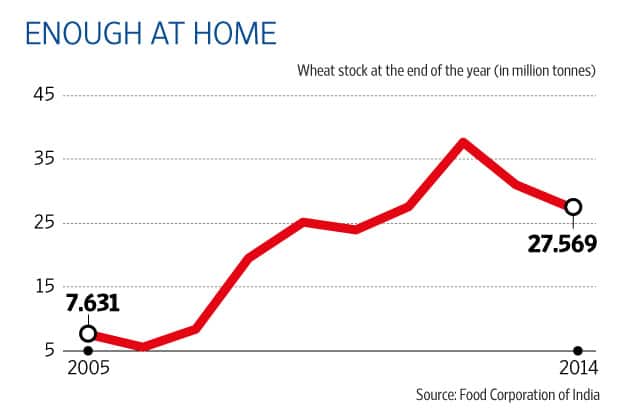 Yakub Memon, the lone convict in the 1993 Mumbai serial blasts case facing the gallows, was hanged on Thursday after his final attempts to get a reprieve failed early on Thursday morning. Memon was hanged at the Central Jail in Nagpur. Late on Wednesday night, lawyers for Memon rushed to the residence of the Chief Justice of India and petitioned him for an urgent hearing to stay the hanging on the ground that 14 days’ time should be given to a death-row convict to enable him to challenge the rejection and for other purposes. Since 2004, only three other people have been executed, even though a number of death sentences have been handed down. In 2014 alone, over 64 death sentences were given. 7. GM to invest $1 bn in India to boost exports

General Motors Co. on Wednesday said it will invest $1 billion over the next few years to turn India into a global export hub even as it cuts production capacity in the country due to sluggish demand. The auto maker, with a capacity to produce more than 280,000 cars a year in India, will reduce it to 220,000 a year by 2025, according to a report by Reuters. The reduction comes as the firm shuts down its manufacturing unit in Gujarat. By 2020, analysts expect India to become the world’s third largest passenger vehicle market, after China and the US. 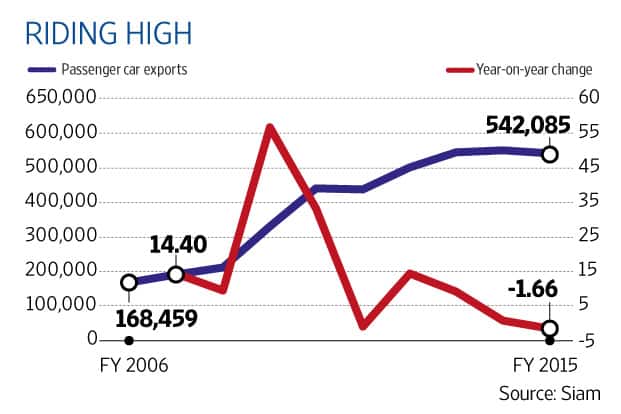 Nestlé India reported its first quarterly loss in more than 15 years after the Food Safety and Standards Authority of India ordered a recall of its Maggi noodles for containing lead in excess of the prescribed limit. The local unit of the Swiss food maker reported a Rs64.4 crore loss in the three months ended 30 June, as against a Rs287.86 crore profit in the year before. Domestic sales fell over 20%. In a 15 June statement to BSE, Nestlé India said that the recall and destruction of Maggi noodles will cost the company about Rs320 crore. 9. Indian firms among most vulnerable to dollar appreciation: IMF

Indian companies fared the worst in a stress test conducted by the International Monetary Fund (IMF) for possible worsening of borrowing costs and earnings in case the dollar continues its strong and sustained appreciation. In a report released last week titled Spillovers from Dollar Appreciation, the IMF also warned that debt at risk from India’s state-owned enterprises could increase significantly, amounting to more than 5% of the country’s gross domestic product. For the stress test, IMF surveyed 4,797 Indian firms with total assets worth $1.5 trillion. The test assumed that borrowing costs will go up by 30%, earnings will decline by 20% and domestic currency will depreciate 30% against the dollar. 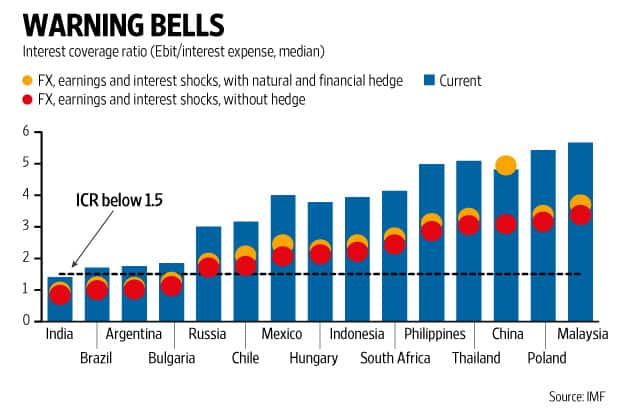 Budget airline SpiceJet Ltd made a sharp turnaround, reporting a profit for the second consecutive quarter under its new owner, Ajay Singh. The no-frills carrier reported a net profit of Rs71.84 crore for the quarter ended 30 June, compared to a loss of Rs124.10 crore in the year-ago period. The airline had swung to profit in the preceding quarter after six straight quarters of losses. A sharp fall in the price of crude oil helped. The airline, which briefly grounded its fleet on 17 December because of financial issues, reported a revenue of Rs1,106.3 crore for the quarter, as against Rs1,678.58 crore a year ago.