VW in trouble, Modi in the Valley and haj tragedy

Volkswagen caught cheating; PM goes on investment hunt; yet another stampede at Mecca

The Asian Development Bank (ADB) has joined ranks with other agencies to pare India’s growth estimate for 2015-16 by 0.4 percentage points—from 7.8% announced on 15 July to 7.4% now—owing to the economic slowdown in industrial countries, a weak monsoon and stalled action on key structural reforms, including those on land acquisition, labour and the goods and services tax. ADB said China’s growth is now seen at 6.8% in 2015, down from 7.2% projected earlier, and below the 7.3% posted in 2014 due to a further slowdown in investment and weak exports. Capital market regulator Securities and Exchange Board of India (Sebi) has imposed a penalty of nearly Rs7,269.50 crore on PACL Ltd and its directors for illegally collecting money through investment schemes without the requisite regulatory approvals. This is the highest ever penalty imposed by Sebi on any entity. The penalty follows Sebi’s directive to PACL last year to refund at least Rs29,420.65 crore raised from 58.5 million customers through collective investment schemes. As per the adjudication order issued on Tuesday, PACL and its directors illegally mobilized an amount of Rs2,423.17 crore. Sebi regulations allow the regulator to impose a maximum penalty of three times the illicit gains. 3. Modi promotes India in US

Prime Minister Narendra Modi is on a packed five-day visit to the US—his second to the world’s biggest economy—where he will take part in the United Nations General Assembly sessions after meeting business leaders, including Mark Zuckerberg, Michael Bloomberg and Sundar Pichai. Modi’s primary agenda is to bolster India’s image in the US to invite greater investment. He will also be hosting a meeting of G4 nations—Germany, Japan, Brazil and India—to lobby for a permanent seat for India in the UN Security Council. At least 717 pilgrims perished in one of the deadliest tragedies during the haj pilgrimage. The deaths happened as a result of a stampede that occurred as the pilgrims were travelling to Mina, a large valley about 5km from Mecca, to throw seven stones at pillars called Jamarat, which represent the devil. The stampede was triggered by large crowds converging from opposite directions. As many as 14 Indian nationals are confirmed dead so far, while at least 21 have been injured. Saudi Arabian authorities have been the subject of criticism for the past several decades, over their allegedly shoddy handling of the pilgrimage. 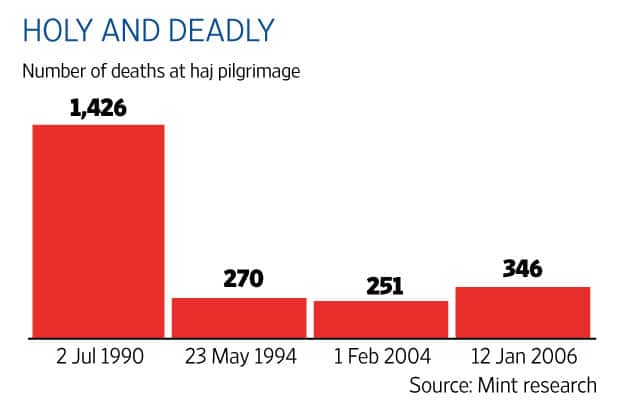 Multilingual movie Court, predominantly shot in Marathi, has been chosen as India’s entry to compete for the prestigious award of best foreign language film at the 88th edition of the Academy Awards, in 2016. Written and directed by first-time filmmaker Chaitanya Tamhane, Court follows the never-ending trial of a balladeer who is accused of encouraging a municipal worker to commit suicide through his fiery songs. Court examines the Indian judicial system from the perspectives of the accused, the lawyer defending him, the public prosecutor and the judge presiding over the case. Court was chosen unanimously by a 16-member jury headed by Amol Palekar. 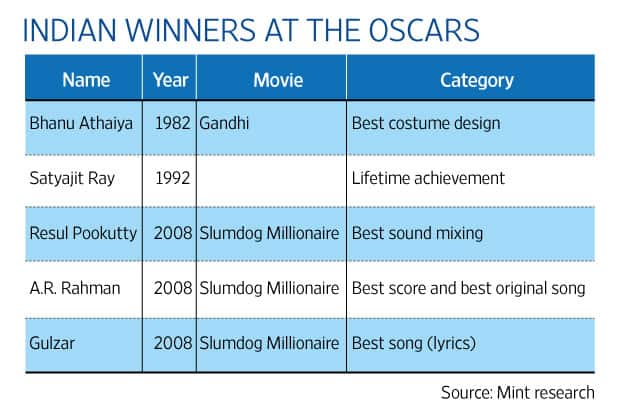 6. Hamilton on course for title

British F1 ace Lewis Hamilton, currently driving for Mercedes, is closing in on his second consecutive driver’s title, after having already won the 2014 season. The British driver has a comfortable lead over his second-placed opponent, with only six races to go before the end of the 2015 season. His team also looks comfortably placed to win its second consecutive constructor’s title. F1 has undergone significant changes in rules over the past few seasons. From the 2014 season onwards, the cars are restricted to 1.6 litre, six-cylinder engines. Smaller engines have resulted in lesser ambient noise and slower top speeds. 7. Not in the pink of health

The National Health Profile 2015 shows no significant improvement in India’s health statistics over the previous years. The centre’s share of total public expenditure on health has fallen over the past two years, and India spends less of its GDP on health than some of the world’s poorest countries. Among all states, undivided Andhra Pradesh had the highest public expenditure on health in 2012-13. Goa and the north-eastern states spent the most on health per capita, while Bihar and Jharkhand spent the least. Out-of-pocket private expenditure on health has risen steadily over the years. Kerala spends the most privately. The only silver lining is that deaths from communicable diseases have been falling steadily. Caste seems to be a major determinant in bagging a ticket for either of the two major blocs—the Bharatiya Janata Party (BJP)-led National Democratic Alliance and the grand alliance (Janata Dal (United), Rashtriya Janata Dal and Congress)—in the Bihar assembly polls. A caste-wise profile of candidates shows that both sides are pandering to their traditional vote banks. The BJP has a clear preference for forward castes, who make up almost half the 154 candidates it has named so far. The grand alliance leans towards other backward classes and scheduled castes/scheduled tribes, fielding over 80% of its candidates from these sections. Highlighting its alliance with Ram Vilas Paswan, the BJP has fielded 10 candidates belonging to the Paswan caste. The grand alliance has fielded none. 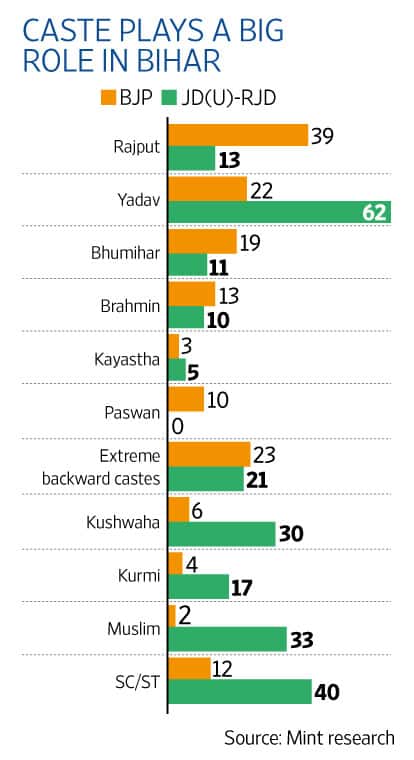 9. VW pays for its past sins

Volkswagen AG, the world’s largest automobile seller for 2015, is in the eye of a storm after it was revealed that it had cheated on tests conducted by environmental regulators in the US, to determine emission standards from its diesel vehicles. This was done by means of a software—referred to as a “defeat device"—that turned on emission controls only during emission tests, but not during normal driving. Volkswagen has admitted to its follies. Its CEO, Martin Winterkorn, has already resigned. The company could face fines of up to $18 billion from the US alone. It has nearly 11 million diesel vehicles worldwide, and other countries are gearing up to scrutinize the company for the possibility of similar ‘defeat devices’. The European Union managed to push through a deal to redistribute 120,000 refugees housed in different parts of the continent, despite stiff opposition from four members. This deal follows a commitment to relocate 40,000 refugees, taking the total to 160,000. Germany and France will house the largest numbers. It is being done to reduce the burden being faced by southern European countries such as Italy, Greece and Hungary. The deal is still on shaky ground as it could face legal challenges from the four dissenting member nations.