Thanks for Visiting Mint
You seem to have an Ad Blocker on. Please turn it off in order to continue, or whitelist Mint
HOW TO TURN OFF AD BLOCKER
OR
REFRESH IF YOU ALREADY TURNED OFF THE AD BLOCKER
Home >Mint-lounge >Mint-on-sunday >Rupee declines, inequality widens, P.V. Sindhu triumphs

At 68.75 to a dollar, the rupee closed at a 39-month low against the US currency on Thursday. This year, it has fallen 3.8% so far. In intraday trading, the rupee reached a low of 68.86, the lowest ever intraday value . The rupee’s weakening comes amid a strengthening dollar and the central government’s move to withdraw high-denomination notes from circulation. The dollar has strengthened on expectations of a rate hike by the US Federal Reserve, and Donald Trump’s likely expansionary fiscal policy. Latest data from the World Steel Association shows a steady rise in steel output. Crude steel output grew 3.3% year on year in October, higher than the 2.3% rise in September. Steel production figures have been rising since May when the declining trend in production was first reversed. The rise has been sustained on the back of a recovery in India, China, the EU, North America and the Commonwealth of Independent States. China’s steel output was up by 4% in October, while India’s was up by 12.3%. However, Indian steel output is likely to fall in the months ahead. The government’s demonetization move is expected to lead to an economic slowdown. Several securities houses and rating agencies have cut their estimates of India’s GDP growth for fiscal 2017. While Goldman Sachs has cut its estimate to 6.8% from 7.9%, Ambit Capital has effected a sharp cut by reducing the GDP projection to 3.5% from 6.8%. The cuts have come on the back of expectations that the NDA government’s move to do away with Rs1,000 and Rs500 currency notes, in order to target black money, has led to a liquidity shortage that is going to affect economic activity and consumption. Bypolls for Lok Sabha and assembly seats in six states and the Union territory of Puducherry did not throw up any surprises, with the ruling parties in these respective states continuing to hold their sway. The central government’s demonetization move did not appear to have hurt the BJP’s popularity, with voters in Madhya Pradesh, Assam and Arunachal Pradesh backing its candidates. The AIADMK won all three seats in Tamil Nadu, while the Trinamool Congress won all three seats in West Bengal. The CPM won two seats in Tripura, while the Congress won a seat in Puducherry. Olympic silver medallist P.V. Sindhu won her maiden Super Series Premier title by defeating China’s Sun Yu in the final of the $700,000 China Open badminton tournament. She beat Sun 21-11, 17-21, 21-11 in the final, which lasted an hour and nine minutes. Sindhu had come close to winning a Super Series title at the Denmark Open last year, but eventually lost to China’s Li Xuerei. The China Open had been previously won by Saina Nehwal in 2014. Nehwal was runner-up at the event last year. 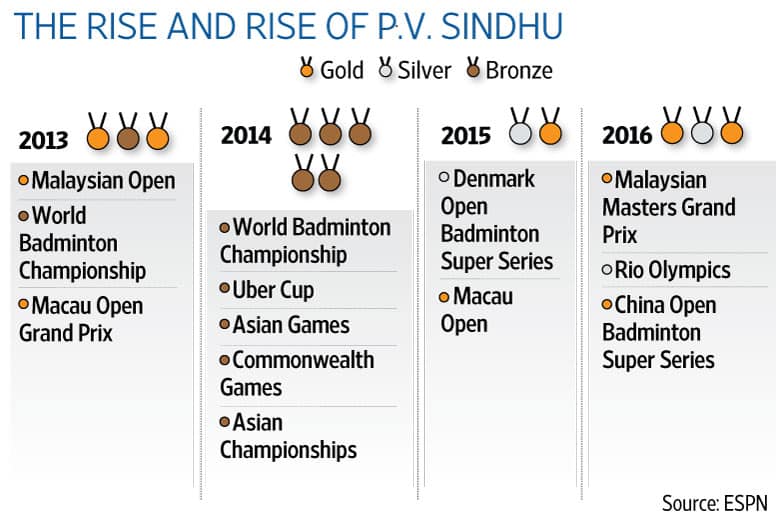 Anil Ambani’s Reliance Group has agreed to sell its entire TV business and a 49% stake in the radio business to Zee Group. While Zee Media Corporation will buy the stake in the radio business, Zee Entertainment Enterprises Ltd, a separate entity under Zee Group, will take over the TV business. The sale will help the Reliance Group to cut debt by Rs1,900 crore. The transactions are likely to be completed by the end of this year. 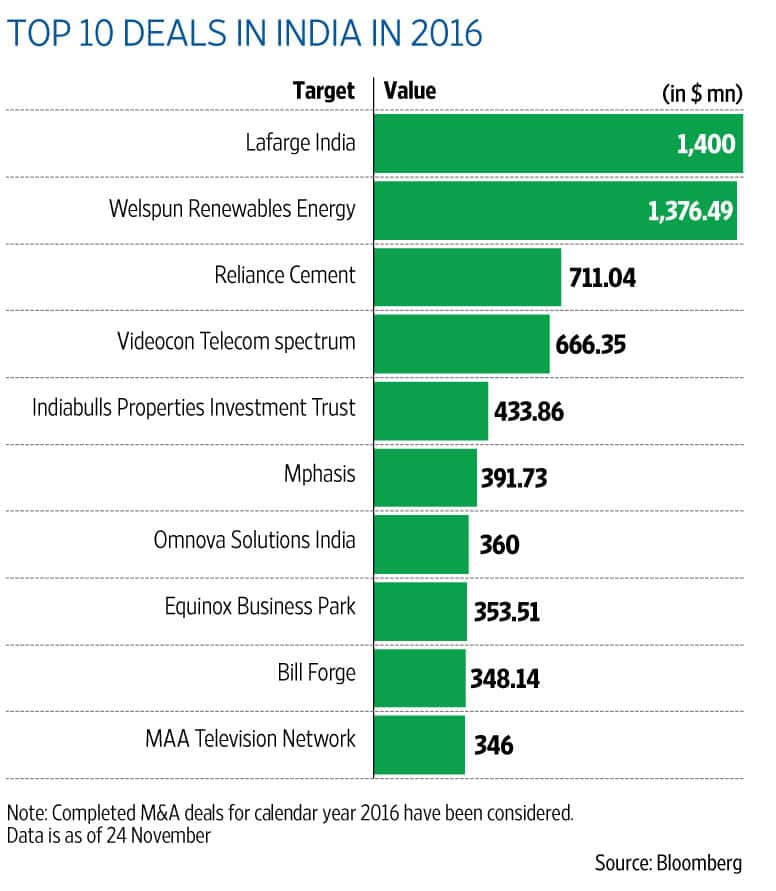 India’s worst train accident since 2010 saw at least 146 dead as the Patna-Indore Express derailed midway on its 27-hour journey last Sunday. The incident raises fresh questions about railway safety. The track had been inspected just two days earlier and found to be in good condition. Media reports cited an inspection by the commissioner of railway safety (eastern circle) P.K. Acharya, who suggested the possibility that rusted rails could have caused the accident. Following the accident, the railways wrote to the finance ministry for about Rs1.19 trillion for a five-year ring-fenced safety fund. Tensions along the Line of Control (LoC) with Pakistan continued last week after three Indian soldiers were killed and the body of one of them was mutilated in Machil sector of Kashmir’s Kupwara district. The army retaliated by launching an assault on Pakistani forces along the LoC in Poonch and Rajouri districts. There have been close to 300 incidents of firing and shelling along the LoC and the international border after the army’s surgical strikes on terror camps in Pakistan-occupied Kashmir in September. 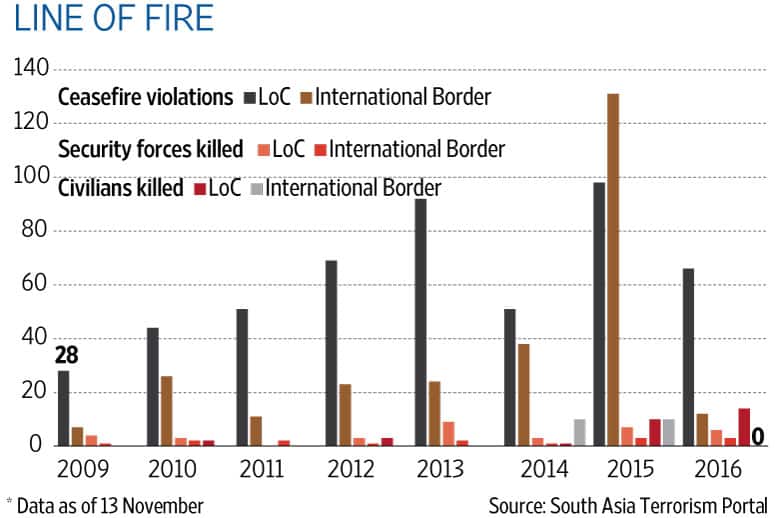 India’s largest engineering and construction company, Larsen and Toubro Ltd, topped analyst expectations and reaffirmed its full-year fiscal 2017 forecast of 15% growth in order inflow and 12-15% growth in revenue. The consolidated order book stood at Rs2.52 trillion as of 30 September, up 4% year on year. Net profit in the quarter rose 84.3% to Rs1,434.63 crore on the back of one-time gains. However, the management cautioned that the demonetization move would likely hurt the infrastructure and construction sectors, with the impact lasting for the next two quarters.