Gold in a slump, monsoon worries continue, Infosys on a roll

Sun Pharma has indicated that the acquisition of Ranbaxy will “adversely impact" its revenue and profit. Subsequently, its share price as well as future earnings-per-share forecasts by analysts have come down. Ranbaxy has been facing unresolved issues with the US Food and Drug Administration over its lax standards in drug manufacturing. Now, Sun Pharma has announced that “remedial actions" to match US standards are being undertaken at major plants. 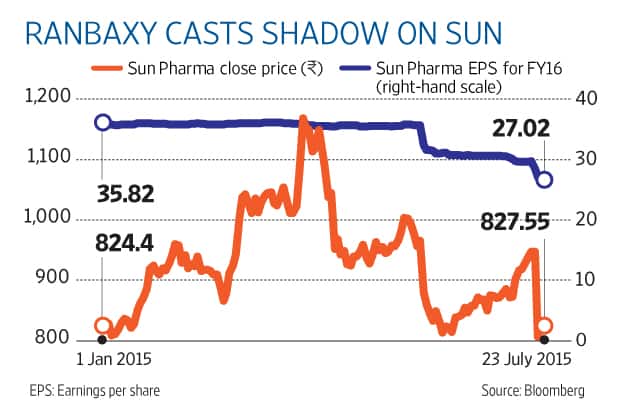 2. All network providers below par

A service audit conducted by the Telecom Regulatory Authority of India in Mumbai and New Delhi found that no cellular service provider meets its quality standards. The regulator had laid down quality-of-service parameters, according to which the rate of call drops should be less than 2%. Reliance was the worst performer in the national capital region, while Idea Cellular got that tag in Mumbai. 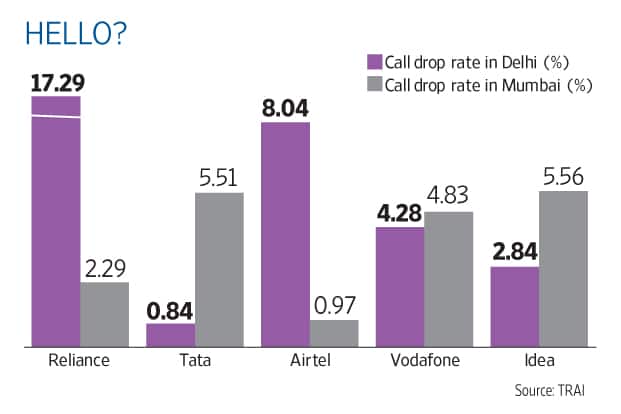 International gold prices have touched a five-year low, driven by the impending rate hike in the US and a strengthening dollar. Demand has been tepid in both India and China, the two biggest consumers of gold. In China, rising equity and property prices, which have reached bubble-like proportions, have weaned away interest from gold. On the other hand, India continues to discourage consumption by imposing hefty import duties while consumers seem to believe that prices haven’t bottomed out yet. 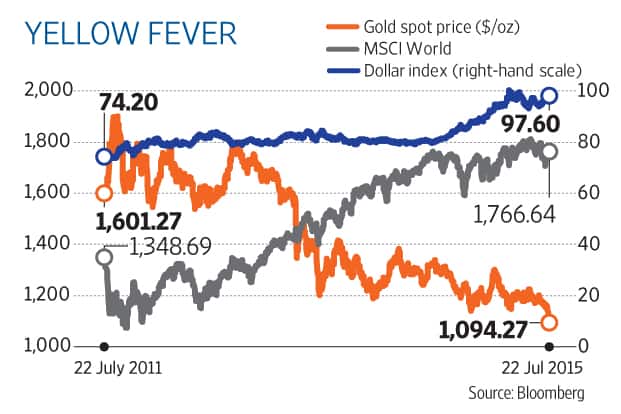 Despite increasing its spend on advertising and promotion by one-fifth and slashing prices, Hindustan Unilever Ltd (HUL) could manage only 6% volume growth in the June quarter. Profits crawled up 0.6% from last year. HUL’s management blamed slowing rural growth—now on par with the tepid growth in the urban market—for the disappointing numbers. The company’s near-future doesn’t look too bright either since a weak monsoon may further impact rural demand. 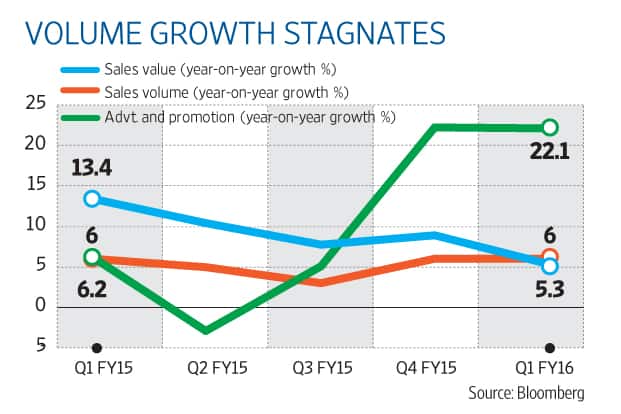 5. But the monsoon could still bounce back

The India Meteorological Department’s forecast of a deficient monsoon has so far been correct. Rainfall between June and mid-July this year has been 6% lower than the long-period average (LPA). However, a ray of hope comes from corresponding numbers between 2010 and 2014, when the rainfall in the same period was lower than the LPA in four of the five years, but recovered in the second half of the season. A pickup remains crucial to crop growth. 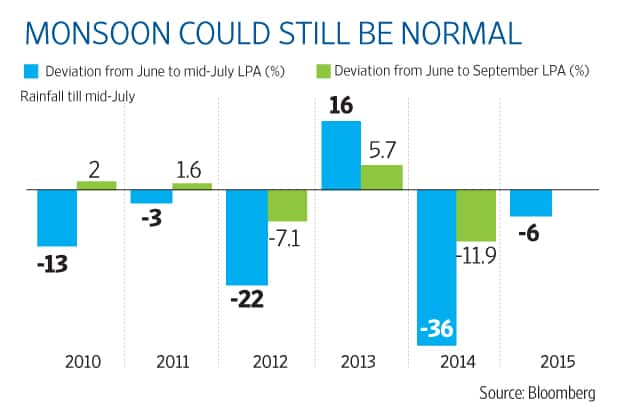 India is about to carry out its third execution in three years: that of Yakub Memon. He is the sole death row convict in the 1993 Mumbai blasts case. Memon’s execution is scheduled for 30 July, but he has filed an appeal in the Supreme Court seeking an immediate hearing of his petition challenging the “undue haste" shown to execute him without following the due process of law. Justice Anil Dave is scheduled to hear the case on 27 July.

Infosys posted its strongest sequential growth in revenue in nearly four years. Most of the growth was driven by large deal wins during the June quarter as well as higher spending from its top client, Bank of America, which now gives out more than $300 million in annual business to Infosys. A jubilant Vishal Sikka, chief executive of Infosys, said these were early results of strategic initiatives taken by the firm in the past year and that better news awaits investors. 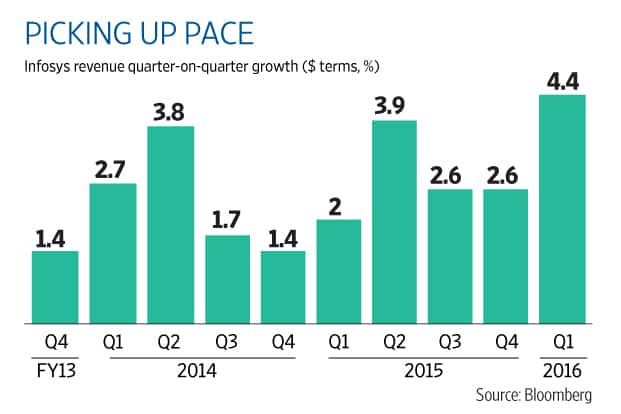 Pearson Plc sold its news brand, the Financial Times, to Japan’s Nikkei, Asia’s largest independent business media group, for $1.3 billion. The deal doesn’t include FT Group’s London property and its 50% stake in The Economist Group. Pearson has plans to focus entirely on the education sector, which is why it decided to jettison the FT Group, an otherwise profitable venture. 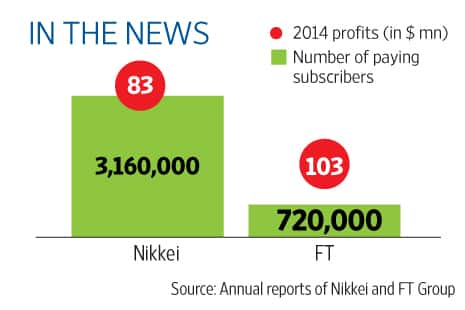 9. Lupin expands in US

Lupin, one of the largest generic pharma companies globally, is set to acquire the privately held American pharma company Gavis for $880 million. The deal will strengthen Lupin’s presence in the largest drug market in the world, the US. Gavis’s New Jersey-based manufacturing facility also brings to Lupin its first manufacturing site in the US. The acquisition accelerates Lupin’s entry into niche areas, including controlled substances and dermatology. 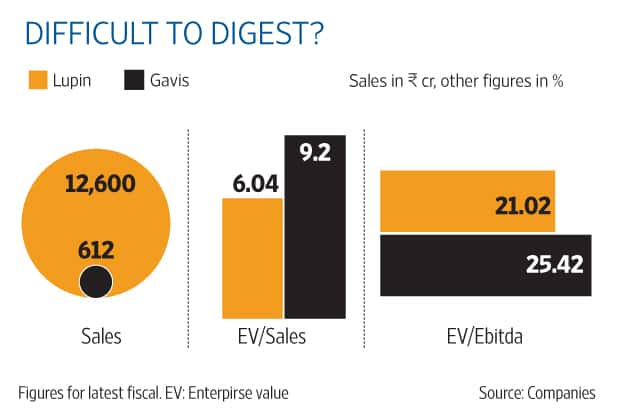 Despite Apple posting a 38% increase in profits to $10.7 billion, investors were unhappy because iPhone sales fell short of expectations. The company has made a habit of trumping analysts’ estimates, but it remains to be seen how long it can be sustained, with annual revenues topping $200 billion. Microsoft, once counted in the same league as Apple, posted the biggest quarterly loss in its history. The losses were mainly on account of subdued sales of Windows and a near-$8 billion write-down on Nokia.