On Thursday, the rupee closed at 64.11 a dollar, a 10-week high against the US dollar, boosted by gains in Asian markets and buying by foreign investors in local equity and debt markets. After opening at 64.21 a dollar, the rupee touched a high of 64.06 during the day. The rupee has gained 6% in 2017, while the Sensex has risen over 22.5% during this period. On Friday, the rupee closed marginally weaker at 64.15 a dollar. On Tuesday, Bharti Airtel reported a 75% decline in Q1 net profit. However, its profit of Rs367 crore was still above the estimate of Rs282 crore recorded by Bloomberg in a survey of eight analysts. India revenue fell 10% to Rs17,244 crore due to the discounts Airtel offered to stop customers from defecting to Reliance Jio. On Wednesday, the benchmark Nifty 50 index closed above the 10,000 mark for the first time, led by a rally in realty, the financial sector and consumer stocks. On Thursday, the Nifty touched 10,100, with analysts attributing the upswing in markets to a boost in sentiment caused by the BJP-JD(U) alliance in Bihar. On Friday, the index fell 0.06% to 10,014.50 points after a global sell-off by investors who were spooked by worse-than-expected earnings reported by firms ranging from American internet giant Amazon.com Inc. to French automaker Renault SA. On Wednesday, HDFC reported a 16.84% decline in its net profit to Rs1,566 crore. Its loan book grew at 18% while the net interest income growth came in at 16%. However, the gross non-performing loan ratio rose 1.12% this quarter, up from last quarter’s 0.79%. This was also due to its exposure of Rs910 crore towards Essar Steel Ltd, one of the 12 accounts named by the central bank for bankruptcy proceedings. 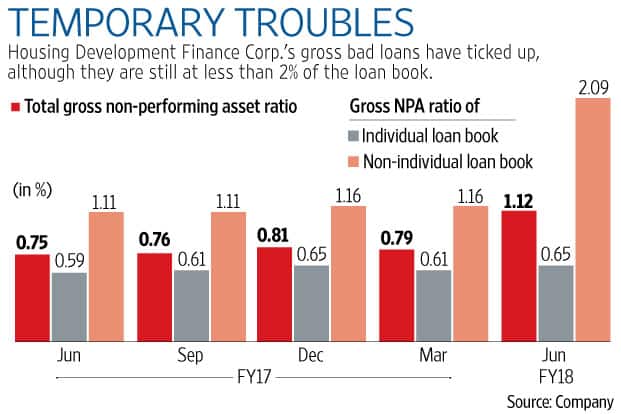 On Thursday, Axis Bank announced the acquisition of Snapdeal-owned mobile payments provider Freecharge for Rs385 crore (an all cash deal). The deal will give the bank access to Freecharge’s 50 million users, with CEO Shikha Sharma emphasizing that payments systems are central to the company’s retail banking strategy. The deal is yet to receive the RBI’s approval. Last Sunday, the Indian women’s cricket team lost by nine runs to England in the finals of the 2017 ICC Women’s World Cup. This was the second time the Indian team had made it to the World Cup final after it lost to Australia in the 2005 finals. Captain Mithali Raj scored the second-highest number of runs in the tournament, only one run less than Tammy Beaumont’s cumulative score of 410. 8. Microsoft exploring an investment in Ola

Microsoft may invest Rs320-640 crore for a stake in Ola’s parent company, ANI Technologies Pvt. Ltd. The talks are still at a very early stage, and are partly driven by Microsoft CEO Satya Nadella’s wish to push for greater adoption of Microsoft’s cloud services platform, Azure, in India, as opposed to Amazon Web Services. On Wednesday, advertising giant Dentsu Aegis Network announced the acquisition of the Pune-based performance marketing and analytics agency Sokrati. Sokrati was founded in 2009 by ex-Amazon employees, and the company will be rebranded as Merkle Sokrati. The acquisition will complement Dentsu’s current, global, data-driven performance marketing agency, Merkle, in India. The deal size is estimated between Rs700 crore and Rs800 crore. 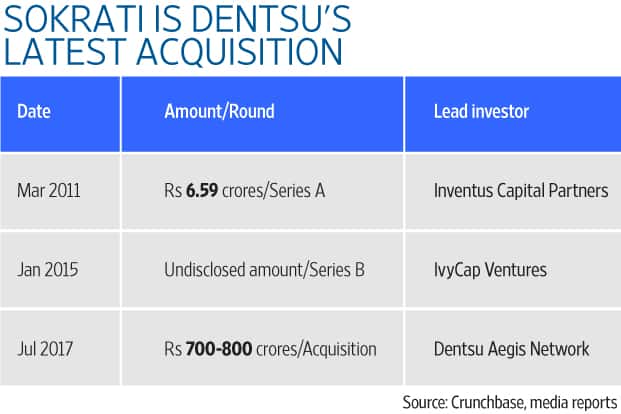 On Thursday, HCL Technologies reported a 6.6% quarter-on-quarter drop and a 6.1% year-on-year increase in net profit at Rs2,171 crore for the June quarter. At Rs12,149 crore, revenue was up 7.2% from a year ago. Growth rose across all revenue segments, with the biggest growth coming from the Americas at 15.8%.