India’s economic growth decelerated to its slowest level in six quarters in the April-June period, making the government’s target of achieving 8% growth this year more daunting. Data released by the Central Statistics Office showed that GDP grew 7.1% in the first quarter of the fiscal year as compared to 7.9% in the preceding three months. During the June quarter in the previous fiscal year, GDP grew by 7.5%. The median forecast of 40 economists polled by Reuters projected GDP to grow 7.6% in the June quarter. Despite the lower-than-expected growth rate, India remains the fastest-growing major economy, with China growing at 6.7% during the June quarter. Another measure of economic activity—gross value added showed the economy growing at 7.3% in the June quarter, higher than the GDP rate. Incidents of crime in 2015 rose by 3.4% over 2014 to 7.3 million, the National Crime Records Bureau (NCRB) data released by the home ministry on Tuesday showed. The data revealed that crimes against women and foreigners, environmental offences and cases of sedition have decreased, while cases related to human trafficking and cyber crimes have increased. Crime in India’s 53 cities with a population of more than a million saw an almost 10% jump to 676,086 in 2015. Kollam saw the highest rate of crime, surging past New Delhi, which was highest in 2014. New Delhi also constituted the highest share of crime in India at 25.7% up from 22.7% in 2014, among the mega cities. The Competition Commission of India (CCI) on Wednesday confirmed penalties of Rs6,715 crore on 11 cement firms and the Cement Manufacturers Association (CMA) for cartelization. CCI asked cement companies to “cease and desist" from activities related to “agreement, understanding or arrangement on prices, production and supply of cement in the market". It also restrained CMA from collecting wholesale and retail prices, details of production and dispatch from its member firms. CCI said that this was a fit case for imposing penalties under the law because the activities of the cement firms caused huge losses to consumers, even as the firms profited by acting in concert. Zee Entertainment Enterprises Ltd (ZEEL) announced the sale of its sports network TEN Sports to Sony Pictures Network (SPN) on Wednesday in an all-cash deal worth $385 million. TEN Sports’ portfolio includes TEN 1, TEN 1 HD, TEN 2, TEN 3, TEN Golf HD, TEN Cricket and TEN Sports. These channels are operated across India, the Maldives, Singapore, Hong Kong, West Asia and the Caribbean. In a filing to the BSE on Wednesday, ZEEL said the board of directors of the company had approved the sale and transfer of Zee’s sports broadcasting business to SPN. The TEN Sports network is currently held by two ZEEL subsidiaries—Taj Television Ltd, Mauritius; and Taj Television (India) Pvt. Ltd. The Supreme Court on Wednesday termed the 2006 acquisition of nearly 1,000 acres of land in West Bengal’s Singur illegal and void. The land, acquired by the state government, was meant for Tata Motors Ltd’s plant to build the world’s cheapest car, the Nano. The acquisition triggered violence, leading to relocation of the factory to Gujarat. The agitation also led to the downfall of the 37-year-old Left Front government. A bench of justices V. Gopala Gowda and Arun Mishra said the acquisition of 997 acres failed to meet the requirements of the Land Acquisition Act, 1894, and directed the state government to return the land to its owners in 12 weeks. Brazil’s senate on Wednesday voted to remove President Dilma Rouseff from office, the culmination of a year-long fight that paralysed Latin America’s most powerful economy and exposed deep rifts among its people on everything from race relations to social spending. Rouseff was Brazil’s first female president, with a storied career that includes a stint as a Marxist guerrilla jailed and tortured in the 1970s. She was accused of breaking fiscal laws in her management of the federal budget. Opposition lawmakers argued that this exacerbated the recession in a nation that has long enjoyed a high status among emerging economies. 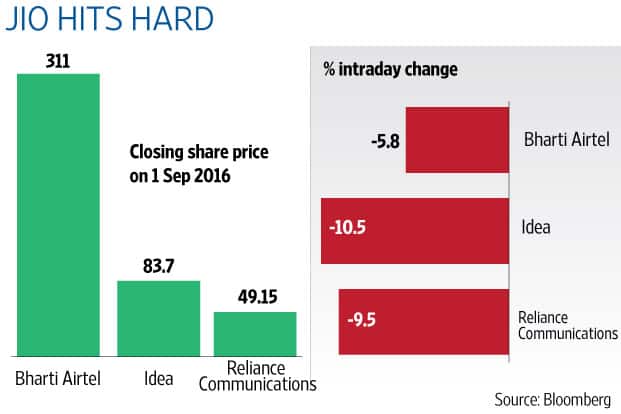 Shares of RBL Bank Ltd debuted at a premium of 33.02% on Wednesday, after the private sector lender received a strong response to its Rs1,211 crore initial public offering (IPO) last week. The listing pegged the bank’s market capitalization at Rs11,068.38 crore, which is higher than that of 16 state-owned lenders and 10 private sector banks, including Bank of India, Indian Bank, Union Bank of India and DCB Bank Ltd. RBL Bank shares closed 33.02% higher on BSE at Rs299.30 apiece compared with its issue price of Rs225. The stock opened at Rs273.70 and touched a high and a low of Rs305 and Rs273.70, respectively. 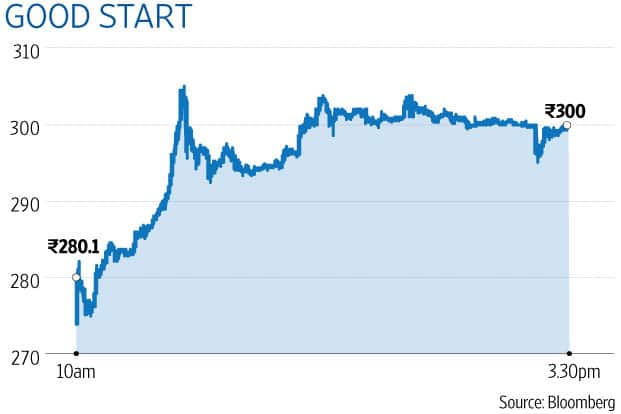 At least 10 of the 12 national trade unions and hundreds of their affiliates began a day-long strike across India on Friday, with union chiefs claiming that up to 180 million workers have deserted factories and offices to join the protest, seeking better wage and job and social security, among other issues. Though metros like New Delhi and Mumbai did not see many disruptions except those in their industrial belts, the impact was severe in states like Kerala, Tripura, parts of Karnataka and Andhra Pradesh, Odisha and Bihar. 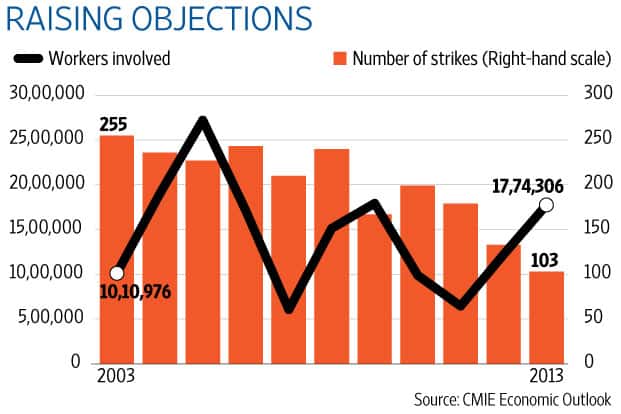