Data from Grant Thornton Advisory Pvt. Ltd shows that there have been 27 M&A deals in the pharma and healthcare sector so far in 2017, valued at $719 million—the lowest in five years. This is lower than the 54 deals, valued at $4.7 billion, that were recorded in calendar year 2016. However, this doesn’t include last week’s deal where Lupin acquired Symbiomix Therapeutics. 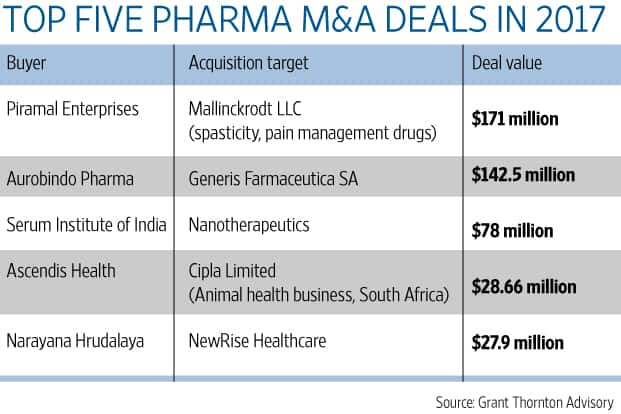 Wholesale Price Inflation (WPI) rose 2.6% in September year-on-year, lower than the provisional 3.24% seen last month. The deceleration in the index was aided by a sharp fall in the prices of food and vegetables. Despite the recent rise in prices of petrol, diesel, aviation turbine fuel and other fuels, a favourable base effect helped lower inflation in fuel and power. The Quacquarelli Symonds (QS) Asian University Rankings for 2018 accorded IIT Bombay the highest position among Indian universities (overall rank 34 in Asia), followed by IIT Delhi (41), IIT Madras (48) and the Indian Institute of Science, Bengaluru (IISc) at 51. Nanyang Technological University was ranked the topmost in Asia, followed by the National University of Singapore and the Hong Kong University of Science and Technology. Wipro reported September quarter results on Tuesday, with profits rising 4.7% sequentially to $336 million. Dollar revenue rose 2.1% sequentially to $2.01 billion in the quarter due to higher expenditure by banking clients. IT services revenues rose only 0.3% sequentially in constant currency terms, lower than the growth rate expected by analysts. On Friday, India lost its top position in the International Cricket Council (ICC) ODI rankings to South Africa. The loss came on the back of the latter’s 104-run victory over Bangladesh in the second ODI in Paarl. Though both countries have 120 points, India was placed second after taking decimal points into account. Ride-hailing app company Lyft, Uber’s chief rival in the US, received $1 billion in funding from the venture capital arm of Alphabet, Google’s parent company. The development is interesting as previously, Google had invested $258 million in Uber in 2013. Earlier this year, Google’s self-driving car initiative, Waymo, had filed a lawsuit against Uber, accusing the company of stealing trade secrets. 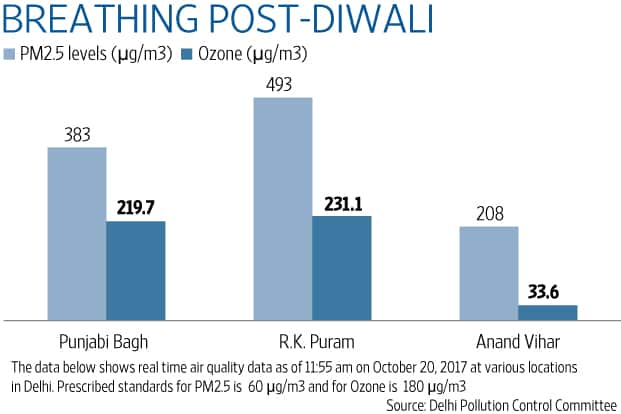 On Monday, human resources company TeamLease Services Ltd announced that it would acquire Evolve Technologies, a smaller Pune-based staffing firm. The acquisition, which will be executed through its subsidiary, TeamLease Staffing Services Pvt. Ltd, will help the company enter the specialized telecom staffing space. In July, Teamlease had announced the acquisition of ASAP Info Systems Pvt. Ltd for Rs67 crore.