Amazon to pump in another $3 bn into India; Osamu Suzuki passes baton to his son; Hillary Clinton crosses big hurdle in presidential race

1. Amazon reinforces its bet on India

Amazon.com Inc., the world’s largest online retailer, announced last week that it would be investing an additional $3 billion in India after it exhausted the $2 billion it had invested in 2014. The move is likely to hurt Indian e-commerce retailers such as Flipkart and Snapdeal, which have been struggling to raise funds amid a fall in funding and valuations. The announcement is also a signal to Alibaba Group, which announced in March that it intended to enter the Indian market later this year. 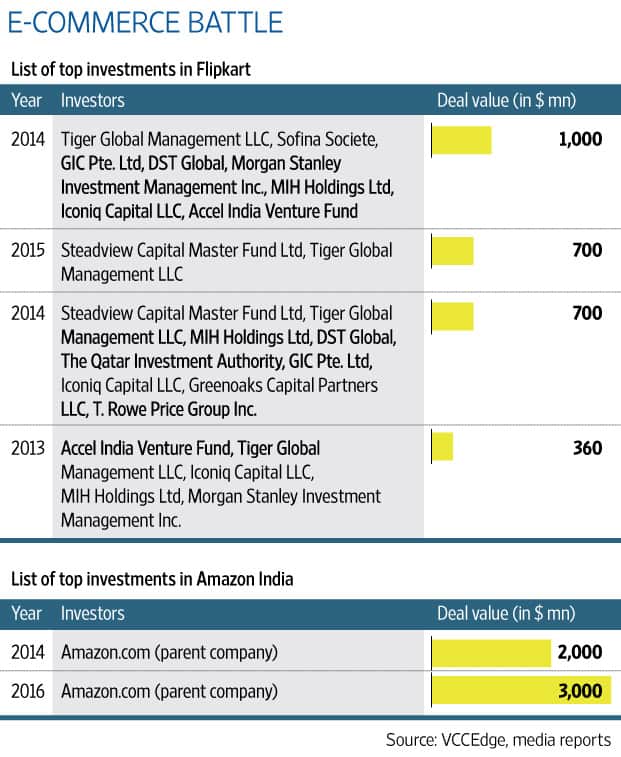 Osamu Suzuki, the chairman of Suzuki Motor Corp., has announced that he would be stepping down as chief executive officer (CEO) after the auto maker admitted to having fudged fuel economy or mileage data in Japan, affecting 2.1 million cars in the country. His son Toshihiro Suzuki will take over as CEO. The transition is being closely watched in India as the country is crucial for the growth of Suzuki, which has faced setbacks in markets such as the US and Europe. 3. Modi’s fruitful visit to the US

Prime Minister Narendra Modi’s speech to the US Congress resulted in nine standing ovations and several rounds of applause. This was Modi’s fourth visit to the US in four years. Among the biggest achievements of this visit is the possibility of India joining the ranks of the nuclear elite, with US President Barack Obama backing India’s entry into the Nuclear Suppliers Group. The visit also saw the announcement of a US-India Clean Energy Finance initiative. which is expected to raise up to $400 million to provide clean and renewable energy to 1 million households by 2020. The World Bank cut its global growth forecast to 2.4% in 2016 and 2.8% in 2017 from its earlier forecast of 2.9% and 3.1%, respectively. The bank warned that risks to global growth have increased since its last forecast in January, highlighting the slower-than-expected economic recovery in advanced economies. It also lowered India’s growth projections by 0.2% to 7.6% for 2016-17 and 7.7% in 2017-18, citing the effect of weakening exports on economic activity. However, it maintained China’s growth projections at 6.7% and 6.5% for 2016 and 2017, respectively. 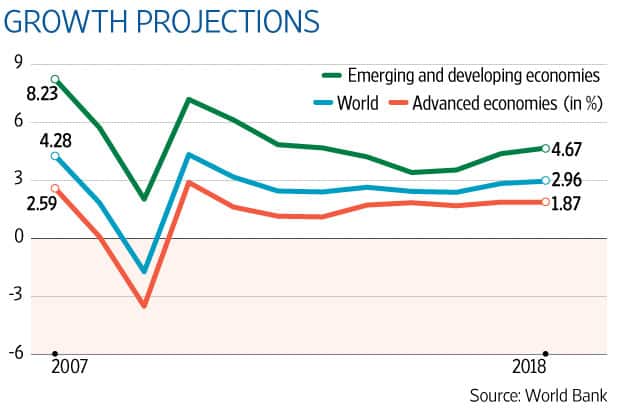 The Associated Press reported last week that Hillary Clinton has secured the delegates required to claim the Democratic presidential nomination. Over the past weekend, her wins in the Virgin Islands and Puerto Rico ensured that she had enough delegates required to win the nomination. This is the first time that the US has had a female presidential candidate. Media reports suggest that Barack Obama is working to persuade Bernie Sanders to support Clinton’s eventual nomination. 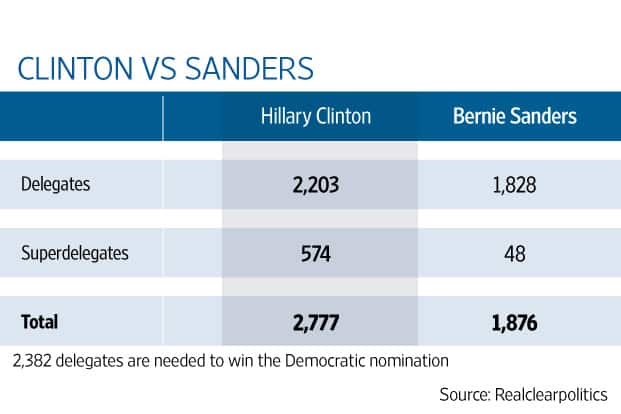 At its monetary policy review meeting last week, the Reserve Bank of India (RBI) kept its policy repo rate unchanged at 6.5%. The central bank did not rule out the possibility of rate cuts in the near future, though it raised concerns over upward pressure on food and commodity prices, pointing to the higher-than-expected April inflation figure of 5.4%. RBI governor Raghuram Rajan said that the bank’s target was to achieve 5% consumer price inflation by the end of March 2017. As US crude oil supplies fell, oil prices rose to the highest levels in 10 months in New York. Data from the US Energy Information Administration showed that crude stocks in the US fell by 3.23 million barrels to 532.5 million barrels last week, the third consecutive weekly fall. Brent crude, which had fallen a 12-year low of $27.88 per barrel on 20 January, recovered 89.2% to close at $52.75 per barrel on Thursday. Prices also rose on the back of a fall in oil output from Nigeria’s delta region, which has seen a fresh outburst of violence. The International Tennis Federation has handed Maria Sharapova a two-year suspension for testing positive for the banned drug, meldonium. Sharapova has announced that she will appeal to the Court of Arbitration for Sport, which will have the final word. This hearing is expected to happen next month. The Russian was provisionally banned in March after testing positive at the Australian Open. Her decade-long reign as the world’s highest paid female athlete also ended after Serena Williams overtook her with £28.9 million in endorsements and winnings. According to the 2015 Global Peace Index, it took $13.6 trillion or 13.3% of global gross domestic product (GDP) to contain violence last year. India spent 9% of GDP on a purchasing power parity basis to contain violence, higher than the 4.7% of GDP it spent for the same purpose in 2014. Terrorism took a heavy toll last year, with battle deaths rising to 101,406, a 25-year high. Although India’s peace score declined in 2015, it climbed two spots in the rankings and was ranked 141st out of 163 countries. Phantom Films, co-producer of the Bollywood film Udta Punjab, has moved the Bombay high court, questioning the order of the Central Board of Film Certification (CBFC), which has ordered several cuts to the film, including the removal of all references to Punjab from the movie. The movie was originally scheduled for release on 17 June. The movie is based on the rising spectre of drug abuse in Punjab. With assembly election scheduled in nine months’ time, the release of the movie has put the spotlight on the ruling party, the Shiromani Akali Dal, which is an ally of the BJP. 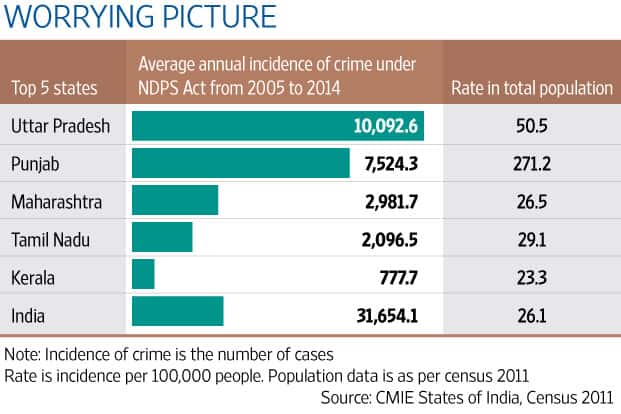