1. Monsoon falls short in some parts of the country Bill Gates gave away 64 million Microsoft Corp. shares valued at $4.6 billion. The information was shared as part of a Securities and Exchange Commission filing which was made public on Monday. He made the donation on 6 June. He had given away $16 billion in 1999 and another $5.1 billion one year later. The disruption around the implementation of the goods and services tax (GST) has hit June quarter earnings. Net sales for 1,671 BSE-listed companies fell to 4.51%. This is a three-quarter low, according to a Mint analysis published on Wednesday. According to the report, analysts are continuing to cut earnings estimates for the ongoing financial year, as well as the next one. India’s largest coal company, Coal India Ltd, disappointed with its first quarter earnings on Monday. This comes after a similar disappointment in the March quarter. Net profit fell 23% over the same period last year. This was even lower than analyst expectations. Profits fell because of lower sales as well as lower than expected realizations. Realization refers to the value at which the company is able to sell its coal. 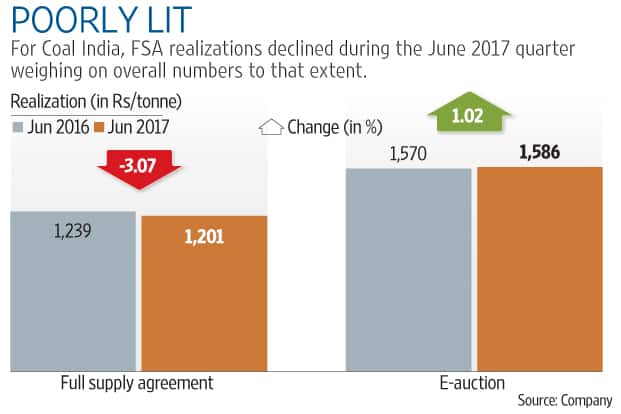 5. IIP falls for the first time in four years

The index of industrial production fell for the first time since June 2013. The index measures factory output. The index declined 0.1%, compared to a 1.7% gain in the previous year. Manufacturing declined, while the mining and electricity segments showed gains. Only eight out of 22 industries showed growth in the June data. 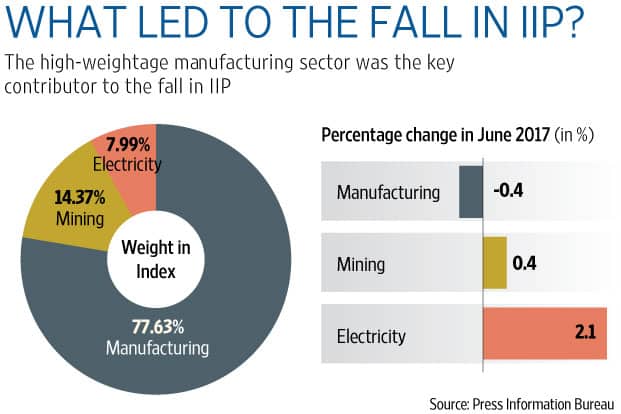 The National Pharmaceutical Pricing Authority (NPPA) put a cap on how much companies could charge for knee implants. Wednesday’s move is set to reduce prices by as much as 69%. It had capped cardiac stent prices six months ago. The move is aimed at making the products more affordable, according to the NPPA order. The consumer price index (CPI) rose 2.36% in July. Monday’s data came after the Reserve Bank of India cut interest rates to the lowest in seven years. Inflation had come in at 1.87% in the previous month. A rise in food prices, including vegetables and pulses, contributed to the upward swing. Vishal Sikka, chief executive officer at Infosys Ltd, India’s second largest software services firm, in a surprise move resigned on Friday, three years after he charge. The firm’s board cited co-founder N.R. Narayana Murthy’s recent public misgivings about governance and other issues at the company as one of the reasons for the resignation. The company has named chief operating officer U.B. Pravin Rao as interim CEO. Shares of the company fell 9.3% after the resignation was announced, the sharpest decline in 13 months. 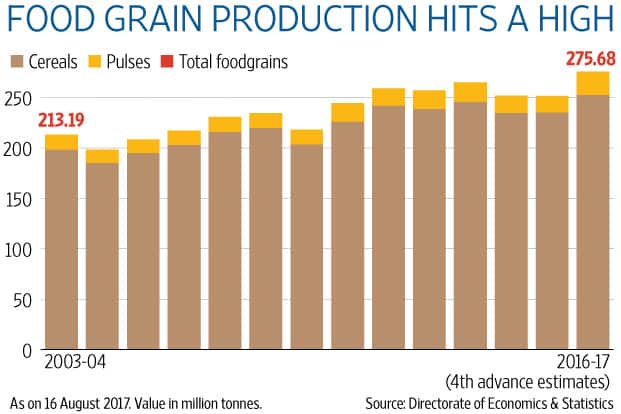