Child and maternal malnutrition biggest cause of premature death and disability in 2016; India 'partly free' with respect to internet freedom; Italy fails to qualify for 2018 Fifa World Cup

1. Child, maternal malnutrition leading cause of premature death and disability

As in 1990, child and maternal malnutrition was listed as the single-biggest reason to cause premature death and disability in 2016, as measured by disability-adjusted life years, or DALYs (disease burden represented by the number of years of life lost due to disability, ill-health or early death). This was followed by air pollution and dietary risks, according to a report released this week, titled “India: Health of the Nation’s States", which was jointly prepared by the Indian Council of Medical Research, Public Health Foundation of India and Institute for Health Metrics and Evaluation. 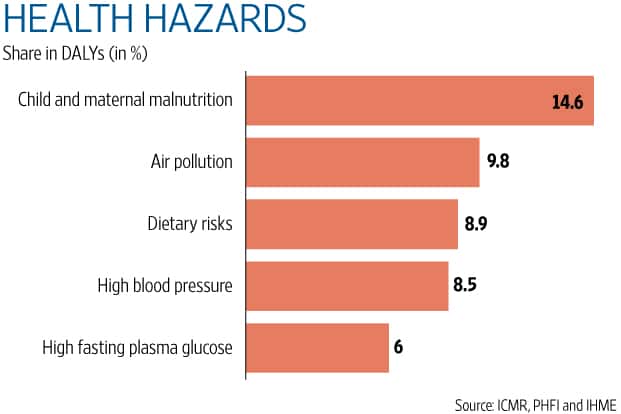 2. Majority of Australians vote in favour of legalizing same-sex marriage

Australia could soon join the growing list of countries to legalize same-sex marriage. In a voluntary national postal survey, in which around 12.7 million, or 79.5%, of the Australian population participated, 61.6% of respondents voted in favour of legalizing same-sex marriage. Further, every state and territory recorded a majority saying “yes". A bill to change marriage laws was introduced in the Australian Senate on Wednesday and Prime Minister Malcolm Turnbull said his government would try to pass the legislation by Christmas. According to Pew Research Center, 25 countries have so far legalized same-sex marriage, starting with The Netherlands in 2000. 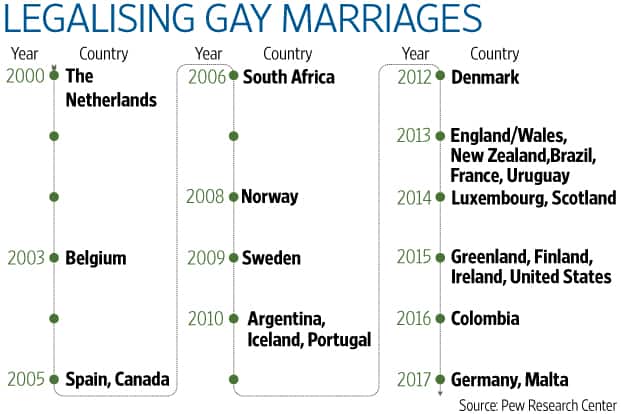 India scored 41 out of 100 in 2017 with respect to internet freedom, the same reported in 2016, according to a report by US human rights group Freedom House. A score of 0 indicates a “free" status and 100 of “not free". The survey covered 65 countries. Only 23% of the countries came under the category of “free", while 28% were “partly free" (including India) and 36% were “not free". Between June 2016 and May 2017, the report said, India employed key internet controls that reflect restrictions in social, political and religious content in five of the nine parameters studied. Chipmaker Qualcomm has rejected Broadcom’s unsolicited $105 billion acquisition offer—potentially, the largest merger in the technology space—on the grounds that it was too low. This may well set the stage for a takeover battle, which Broadcom CEO Hock Tan had previously said he wasn’t averse to. If that happens, it will shift the spotlight to the 1,500-odd institutional investors in Qualcomm, who controlled 78% of the company’s shares as of 30 June, the latest period for which data is available. The two largest institutional shareholders in Qualcomm are BlackRock and Vanguard. The country’s factory output, as measured by the Index of Industrial Production (IIP), grew at 3.8% in September on a year-on-year basis. While this was slower than the revised figure of 4.5% in August, it continues the improvement after the GST-induced slump in June, when growth in IIP slid to -0.2%. Among its components, growth in the manufacturing sector, which accounts for 77.6% of the index, slowed to 3.4%, from 5.8% a year earlier. And consumer durables contracted by 4.8% in September, against a growth of 10.3% in the year-ago period. 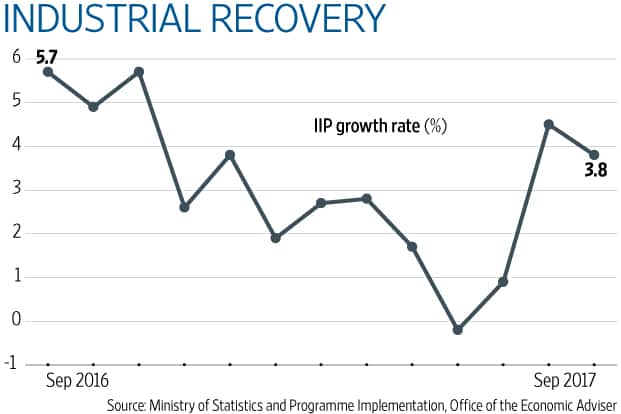 Export growth receded into negative territory for the first time in 13 months in October, dipping 1.1% over October 2016 in dollar terms. A big fall was seen in gems and jewellery—of 26%. The dip in overall exports came on the back of a 25.7% spike in exports in September, which some experts said might have included over-invoicing by exporters looking to claim tax credit under the goods and services tax (GST). Prices at both retail and wholesale levels rose at a faster rate in October because of higher vegetable and fuel prices. Retail inflation (as measured by the Consumer Price Index) rose at its fastest pace in seven months and wholesale inflation (as measured by the Wholesale Price Index) at its fastest pace in six months. This reduced hopes of the central bank cutting interest rates—something both the government and industry are pressing for—in its next monetary policy review, scheduled for 6 December. Marc Marquez has won the 2017 MotoGP championship. This is the fourth title in the highest class of motorcycle racing for Marquez, who is from Spain and rides for the Repsol Honda team. Only three riders in the history of the sport have more championships than Marquez, and he is well-placed to haul them in. At 24, Marquez is the youngest rider to four title wins; the next best is Valentino Rossi of Italy, who was 25 when he won his fourth title in 2004. And Marquez is, arguably, the best rider on the grid—that too on a team with the best machinery in the paddock. 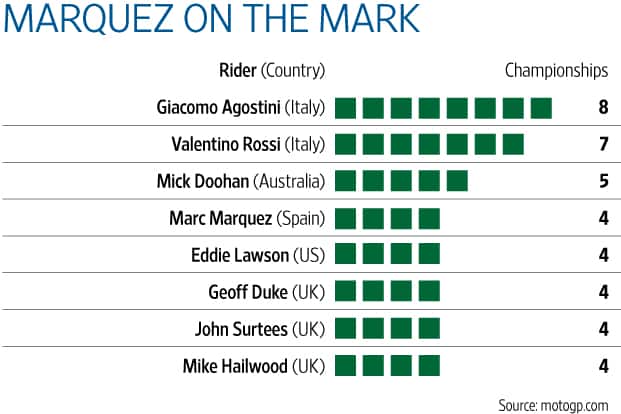 9. Italy to miss football world cup for only the third time

Four-time winners Italy have failed to qualify for the 2018 Fifa World Cup, after losing 1-0 on aggregate to Sweden in an elimination match. This means that Italy, which is ranked joint second in World Cup participations, figuring in 18 out of 20 editions, will be absent from the marquee football event for the first time since 1958. The other time it missed the World Cup was in 1930. The 11.11 Global Shopping Festival, an online sale that e-commerce giant Alibaba promotes to “celebrate single people", generated sales of $25.4 billion in 2017—an increase of 43% over 2016. It cements the position of the shopping festival, in its ninth year, as the world’s largest online shopping event; it is almost twice the combined sales on Black Friday and Cyber Monday, two popular shopping days in the US, in 2016. It also underscores the might of the Chinese consumption economy: this single-day collections of one retailer is about 40% more than what all of Indian e-commerce companies currently do in a year.