Feminism: a perspective through the ages

What can weall of usdo to minimize sexual harassment?

I grew up in an era where feminism was a very new word. Now 84, I was the first woman in my family to be lucky enough to get into higher education and women’s issues. My father pressed me to appear for the civil services examination. In the civil services there is not much debate about feminism. Nor was there any celebration of 8 March as Women’s Day. In the 1970s, India just got a substantive report on women’s issues, titled “Towards Equality", prepared by experts on the position of women in every sphere of India’s development. This landmark text pushed everybody to consider the real issues faced by women in India.

In countries other than the US, few knew about Amelia Bloomer (1818-94), who, among other things, sought dress reform for women so that they did not have to wear “whalebone corsets and heavy hooped skirts" over layers of petticoats (weighing 15 pounds or more). Due to her efforts,women could start wearing pants and "bloomers", which became a symbol of women’s right to self determination.

Although we have come a long way from that day, women are still struggling to find ways to deal with sexual harassment. Large numbers of men have indeed had to leave their lucrative jobs in the US (in the early days, some of them were ironically paid a handsome amount to quit) in the “Me-Too" endeavour, in which women have come out, emboldened by the large numbers who have started feeling that enough is enough. It is time, they feel, to shame such behaviour on the part of men, particularly at the workplace, where they seemed to have lots of power to get away with what they had done or what they wanted to do. 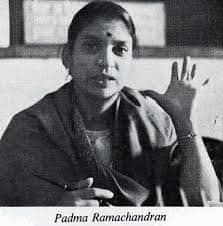 Today, there are many action groups everywhere in the world. In India, for instance, an award-winning video production house named Curley Street is in the process of creating awareness programmes on how to intervene and prevent sexual harassment in a very natural way—such that a precarious situation is diffused and a woman can get away or vanish from the scene without too much of a problem.

A team consisting of a filmmaker Pavitra Chalam and psychologist Divya Kannan recently held a talk at the Bangalore International Centre. They screened their short films and spoke about them to a sizeable, very interested audience. Key points included the kind of interventions that could be made by bystanders in a very natural and casual way also, which should be non-violent, yet would serve the purpose of diverting the attention of the aggressor, so that the victim can get away.

What is encouraged by the organization is for a bystander to get a chance to save a person in distress. These films also show some strategies and barriers to interventions. So the purpose of this effort is to make us think about the situations where we can do “bystander intervention" that is safe and successful.

A bystander may divert the person who is harassing the victim simply by going up to the culprit and seeking directions for a place, or asking for the time, saying his watch is not working, which creates a distraction and allows for the victim to move/get away—thus spoiling the intention of the harasser.

One example of an intervention that we saw was as follows and is seen in the film here. A woman stands on the road. Three men gang up to tease her. A bystander walks up to them and asks for directions to the closest hospital. This “distraction method" allows time for the lone girl to walk away.

One more example: A lone woman is walking on a deserted street. Two men following her call out lewd remarks. Another man on a bicycle notices the distress of the woman, who is now walking rather fast. So he comes up to the two men behind her and seeks directions to his destination, lengthening the conversation to cover the time the girl needs to get away.

The moral of this story: think of how you can help someone in distress to move away quickly, by diverting the attention of those who intend to create that distress.

The three D’s of the bystander’s intervention are Direct, Distract and Delegate.

What is encouraged is distraction and delegation (where you call the police or someone else who can take charge of the situation). The idea is to offer bystanders indirect and safer ways to help.

I came to hear about all this only some weeks ago from my 16-year-old granddaughter, Malini, who has played a role in one of the videos which were going to be shown and discussed. She was part of the panel, which included a lawyer and a human rights activist.

I found the bystander interventions suggested to be very simple and easy to follow. They opened our eyes to something we had never thought of before. We in India can be accused of a typical "bystander" approach of watching things happen without getting involved. We stick our neck out only to watch the tamasha.

Here is our chance to play our role as responsible citizens, now that some people are showing us the way. Many at the meeting echoed the idea that we enjoyed watching sensational scenes, without lifting a finger. Members in the audience had several comments and examples about the lethargy of Indians to volunteer, especially when there was danger. Several felt that no training was given at home or in school to girls and particularly to boys about what to do to minimize sexual harassment.

What now? How do we raise awareness about social issues such as sexual harassment in every mind? Well, for starters, education on sex and sexual harassment at school and at home is necessary for both girls and boys. Every citizen should fight the apathy that is the bane of any society.

We came away from the meeting inspired to fight apathy and do whatever we could to be a good and positive bystander when someone needed help.