ICICI Bank takes three blows during the week, India lost jobs in both 2014-15 and 2015-16 despite robust GDP growth, Air India flight to privatization is finally ready

1. ICICI Bank in the spotlight for loan practices, trading fine

It wasn’t a good week for ICICI Bank. First, ICICI Securities, its stock broking arm, had to pare its IPO size after a tepid investor response. Next, a report by The Indian Express pointed to a possible conflict of interest for Chanda Kochhar in her position as ICICI Bank CEO, though the bank board exonerated her. Then, the central bank penalized ICICI Bank Rs58.9 crore for non-compliance of its directions on direct sale of securities. The bank’s stock, which has been range-bound the past year, will be watched when the markets reopen on Monday. Employment in India fell 0.1% in 2015-16 and 0.2% in 2014-15. This follows a 3% increase in 2013-14, according to the latest KLEMS India database, a research project supported by the Reserve Bank of India (RBI) to analyze productivity of the Indian economy. Employment fell in several sectors in both 2014-15 and 2015-16, including agriculture, forestry, fishing, mining, food products, textiles, paper, leather products, transport equipment and trade. 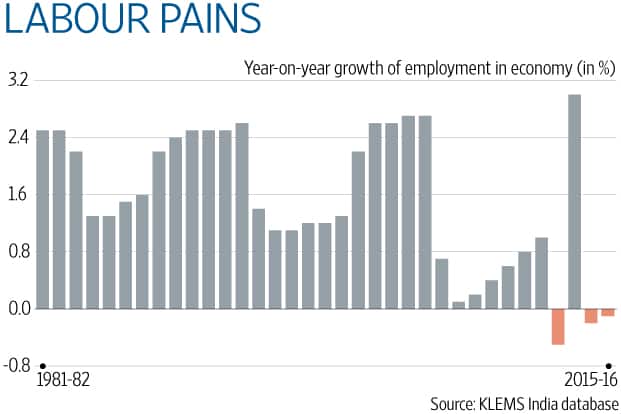 The ministry of civil aviation has invited bids to sell a 76% stake in Air India, which includes transfer of management control. Of Air India’s total debt of Rs48,700 crore, Rs33,390 crore will remain with the carrier and would have to be taken on by the buyer. In addition, the government will sell its entire stake in Air India’s budget arm, Air India Express, and 50% in its ground handling unit, Air India SATS Airport Services. The state-owned carrier posted a net loss of Rs5,765 crore in 2016-17. It is surviving on a 2012 turnaround plan, which involved equity support from the government of Rs30,231 crore over a 10-year period. So far, Air India has received Rs26,545 crore. 4. Darren Lehmann to step down as Australian coach

Although he was exonerated in the ball-tampering fiasco, Australian cricket coach Darren Lehmann has decided to step down following the conclusion of the test series against South Africa. The burly Lehmann was appointed coach in 2013, and the team received a drubbing in England in his first series. Subsequently, the team improved. Under Lehmann, Australia won nine test series, while losing six and drawing one (the latest series is not included). In tests, it won 30 tests, lost 19 and drew eight. 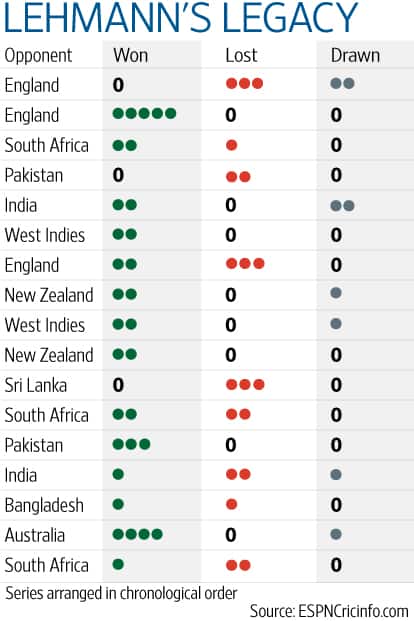 Riding his luck from an opportunistic pit stop and a rare mistake from his biggest rival, Ferrari’s Sebastian Vettel beat Mercedes’ Lewis Hamilton to win the 2018 season-opening Australian Grand Prix in Melbourne. It was Vettel’s 48th win in his 200th grand prix. It was also his 100th podium, making him only the fourth driver in the history of the sport to achieve this milestone. Among active drivers, Hamilton is ahead of Vettel, and Fernando Alonso and Kimi Raikkonen are close behind him. Uber Technologies Inc. has sold its Southeast Asian ride-hailing business and food-delivery business to larger regional rival GrabTaxi. As part of the deal with Grab, Uber will receive a 27.5% stake in the Singapore-based firm and its CEO Dara Khosrowshahi will join Grab’s board. This is Uber’s third retreat from a major market, after China and Russia. Still, Uber retains the mantle of the world’s most valuable start-up, last being valued at $68 billion. Among ride-hailing firms, CB Insights puts Grab’s valuation at $6 billion, about one-eleventh that of Uber. Bandhan Bank, the newest bank on the Indian firmament, made its stock market debut last week, and closed the first day 27% above its issue price. That gave it a market capitalization of Rs56,920 crore, making it the eighth most-valuable listed bank on the BSE. Of the nine banks that feature in BSE’s top 100 stocks by market cap, State Bank of India and Bank of Baroda are the only public sector banks. 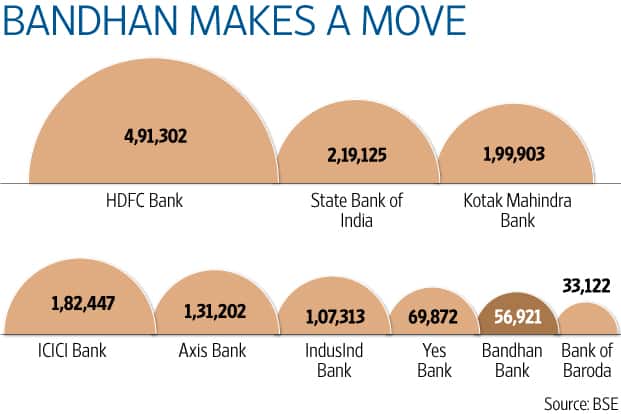 8. US and EU trade diplomat firings with Russia

It was tit for tat. It was reminiscent of the Cold War years. After the UK expelled 23 Russian diplomats for the latter’s alleged role in the nerve agent attack on a former Russian double agent and his daughter in the UK, the US ordered the expulsion of 60 Russian diplomats. Some European countries and non-EU nations such as Ukraine and Canada also took similar action. Russia retaliated by booting out 60 US diplomats, as well as an unspecified number of envoys from other countries and closing down the American consulate in St. Petersburg. 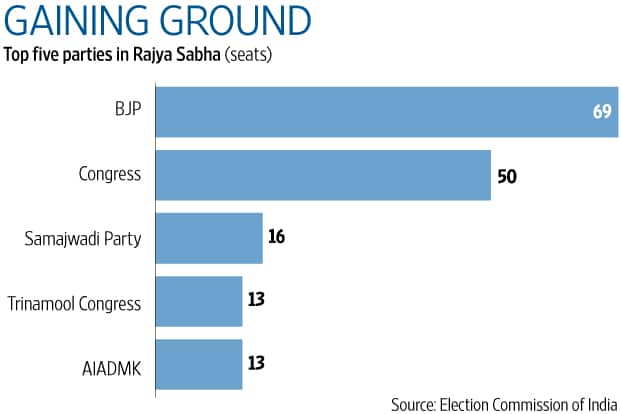 The top five Indian telecom firms by subscribers all improved their market share in mobile telephony in January 2018, compared to the previous month. Their gains in share happened at the expense of smaller operators. This growth in share happened even as the total wireless subscribers declined 1.33% to 1.15 billion. The highest gain was recorded by Reliance Jio (0.9 percentage points), followed by market leader Bharti Airtel (0.5 percentage points). 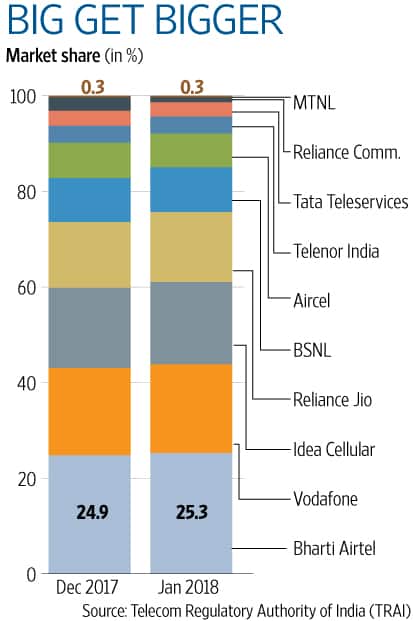