At least 26 people died following a boiler blast at NTPC Ltd’s plant in Unchahar, Uttar Pradesh. The company said that one of six units had been shut down following the incident in a stock exchange statement on Thursday. The Uttar Pradesh government has initiated an inquiry into the incident. Findings are reportedly to be submitted within seven days. 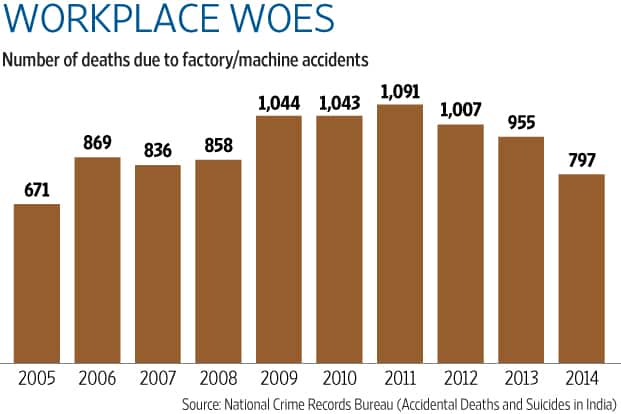 An indicator of India’s manufacturing activity for October disappointed. The Nikkei Purchasing Managers’ Index (PMI) fell to 50.3 from 51.2 in the previous month, showed Wednesday’s data. The introduction of the goods and services tax (GST) is said to have been a drag on activity. A value of less than 50 signifies contraction. A sub-index for domestic demand showed a decline. 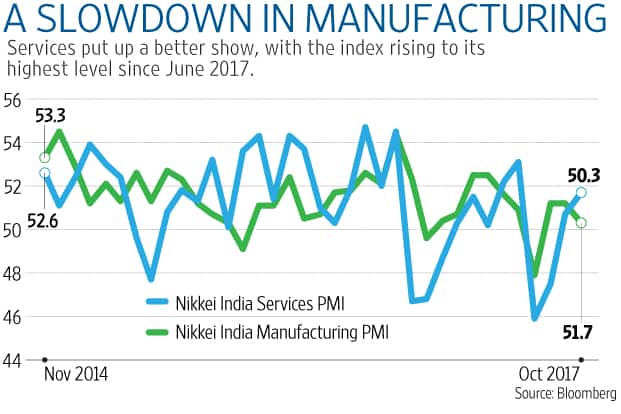 Benchmark indices touched yet another record high on Wednesday. The National Stock Exchange’s Nifty closed at 10,440.5. The BSE’s Sensex closed at an all-time high of 33600.27. Foreign institutional investors were net sellers for the day to the tune of Rs531.82 crore. They were also net sellers in August and September, though they did buy Rs1,922.57 crore worth of shares in October. Domestic institutions were net buyers by Rs596.92 crore on Wednesday. They have been net buyers by Rs47,321.66 crore in the three months ending October. 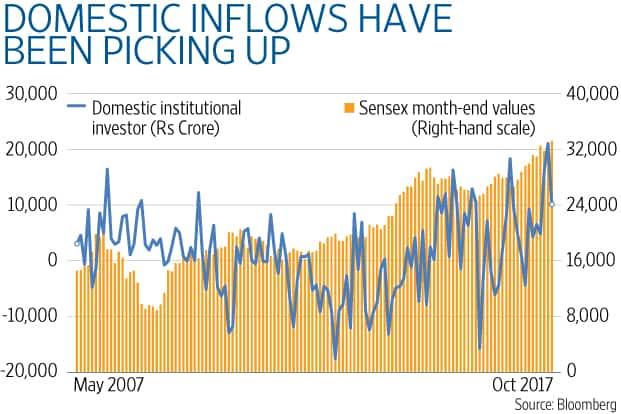 India has jumped 30 spots to number 100 in terms of ease of doing business. The World Bank released its report on Tuesday. The report ranked countries based on ten parameters. India’s highest ranking was in “protecting minority investors". It is fourth globally. Its ranking is worst in “dealing with construction permits". It is currently ranked 181st in the world. 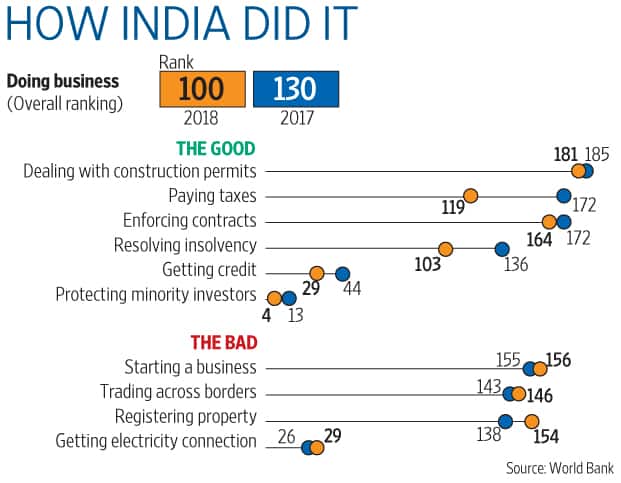 Housing Development Finance Corp. Ltd (HDFC) continued with its steady growth in the September quarter. Profit grew 15% to Rs2,101 crore. Loans to individuals and developers grew at 16% and 24% respectively. Its net interest margin was steady at 3.9%, showed Monday’s results. The performance comes despite the realty sector being affected by new regulations and a slowdown in demand. 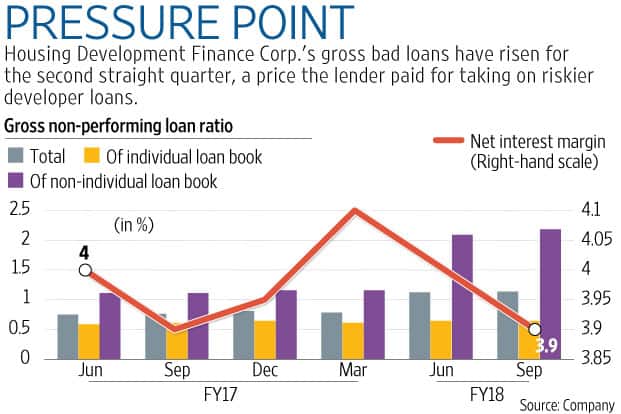 The Canada Pension Plan Investment Board (CPPIB) and Singapore’s sovereign wealth fund GIC Pte. Ltd plan to invest in Axis Bank Ltd. They plan to invest along with private equity player Bain Capital. The total investment could be $1.9- to $2 billion for a 10% stake, according to media reports on Wednesday. 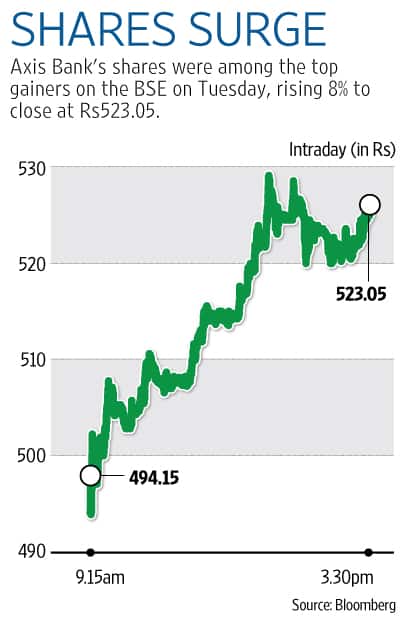 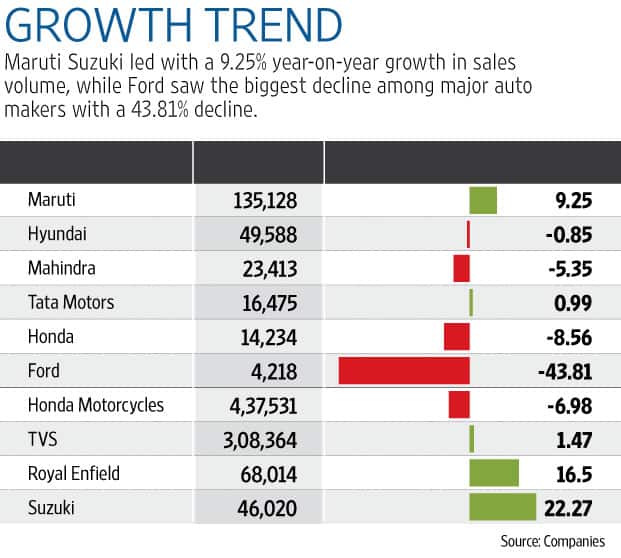 Digital currency bitcoin rose to its highest-ever value on Thursday. It cruised past the $7,000 level for the first time. The move comes less than a month after crossing the $5,000 mark. The total value of bitcoins is now in excess of $100 billion. Exchange owner CME Group Inc. said that it would be launching futures on the currency by the end of the year. 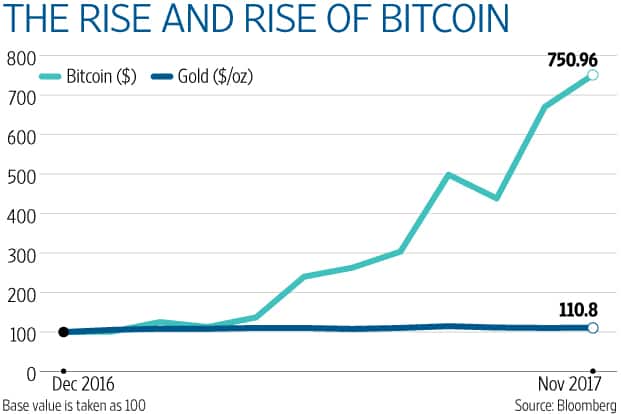 Facebook Inc. beat expectations with its profit and revenue numbers on Wednesday. The company’s advertising revenues have crossed $10 billion. Its profits too are in excess of $4 billion. Shares have touched a record high of $182.9 during regular trading. The rise comes despite facing the spectre of legislation following charges that Russia used its platform to influence American voters. 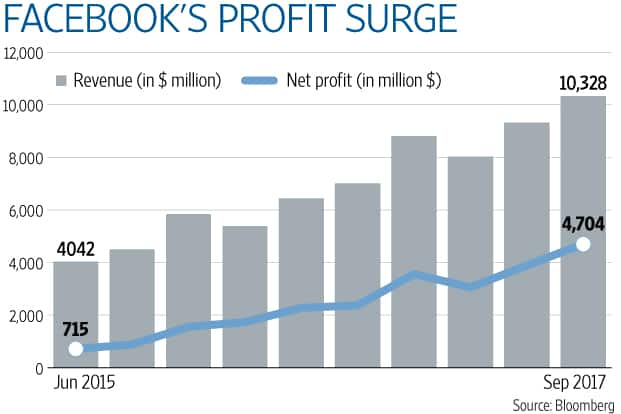 10. Terror attack in the US

A driver used a pickup truck to kill eight people in the US on Tuesday. The attack is the first deadly terror attack in New York since 11 September 2001. A 29-year-old, Sayfullo Habibullaevic Saipov, has been arrested and charged for the attack. He was shot after he came out of the vehicle. 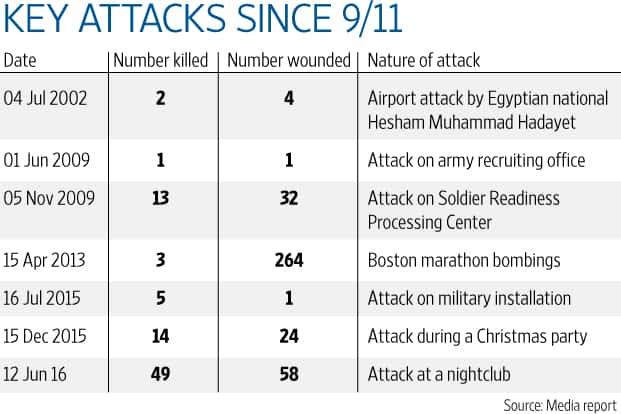