Monsoon to hit Kerala on 30 May; Arnab Goswami's Republic TV most watched news channel in its first week; India exports grow 19.77% in April

Tata Steel did better than expectations when it declared results on Tuesday. Its March quarter earnings before interest, tax, depreciation and amortization (EBITDA) was up 91.4% over the previous quarter. It was also up 3.2 times when compared to the same quarter last year. Higher output and operating leverage helped performance gains.

India’s largest packaged consumer goods maker indicated that the worst of demonetization may be behind it when it declared results on Wednesday. Hindustan Unilever Ltd (HUL) saw profit rising 6.1% to Rs1,183 crore for the three months ending March. The results were better than a numbers based on a Bloomberg poll of 24 analysts, which estimated quarterly profit at Rs1,084.9 crore. The United Nations has lowered its forecast of India’s economic growth this year. Tuesday’s UN world economic situation and prospects report predicted that the country’s economic output (gross domestic product or GDP) will grow at 7.3% in 2017. This is lower than the 7.7% it predicted in January. It revised its 2018 growth target from 7.6% to 7.9%. India still seems in a better place than its peers. The union cabinet on Wednesday approved an auction process for coal linkages to stranded power projects which do not have their own coal supplies. The cabinet meeting also approved a push for 7,000 megawatt of nuclear capacity. The latter has the potential to generate as much as Rs70,000 crore of orders for the domestic industry. 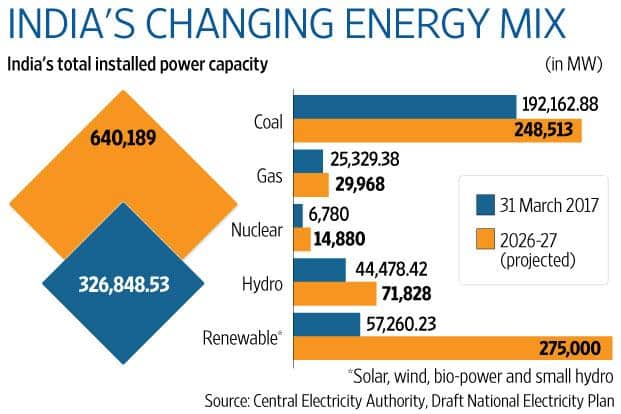 Commerce ministry data on Monday showed a 19.77% export growth in April. This is the third month in a row that exports have grown in double-digits. This was accompanied, however, by a 49.07% growth in imports. There was a three-fold rise in gold imports which has caused the trade deficit to rise to $13.2 billion. Monsoon will hit Kerala on 30 May, the weather department said on Tuesday. This is earlier than the usual onset date of 1 June. The onset date is based on the India Meteorological Department’s statistical model, which provides a date with an error of four days. It has got it right on four out of the five previous years. Former Times Now anchor Arnab Goswami’s new channel, Republic TV, was the most watched news channel in its first week. It had 2.11 million impressions, an indicator reflecting viewership. This beat former employer Times Now’s figures by 84.4%. The Broadcast Audience Research Council (Barc) India released the data on Thursday. Meanwhile, the News Broadcasters Association has asked authorities to look into alleged unethical distribution practices. It said that the channel is registered with cable platforms multiple times under more than one genre in violation of regulations which may influence viewership ratings. People are flying today more than ever. The number of air passengers was up 17.71% between January and April this year, compared to the same period last year. Airlines carried 36.413 million passengers this year compared to 30.935 million last year, showed government data released on Thursday. The onset of the tourist season has helped improve demand for air-travel. The Indian rupee had its sharpest fall in 21 months on Thursday. It slipped 1.06% against the dollar by the end of the day. It closed at 64.85, compared to its previous close of 64.16. The fall is the deepest decline since August 24th 2015. The fall is on account of an emerging market sell-off after an American legislator has called for the impeachment of US President Donald Trump. 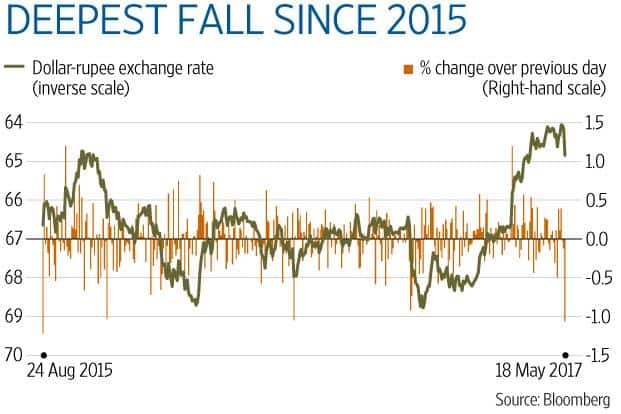 10. EPFO to invest more in equities

The Employees’ Provident Fund Organization (EPFO) is set to invest a minimum of Rs18,000 crore in stock markets this financial year. Labour minister Bandaru Dattatreya said on Monday that the returns seen over the last year-and-a-half from its equity investments have been encouraging. EPFO started investing in stock markets in August 2015. It invests through exchange traded funds which hold companies’ share in the same proportion as popular indices like the Nifty and the Sensex. This ensures that returns closely measure these indices as well. Returns have been near or above double-digits in these investments so far.