Cops and robbers in your living room

When Amitha Singh’s now 16- and 11-year-old daughters approached their parents—through various stages of their growing up—to play with them, the adults typically did not have the patience for it. The inevitable would then happen—the children would just pick up a device to keep themselves entertained.

“Children want us to be part of their world," says Singh. “We played a lot of games while growing up. Since we had constant power cuts, we played with candles—board and card games. That ensured we communicated more with our parents, though not always consciously, and even now have strong bonds with our parents."

So Singh, a writer and digital marketer, decided to make amends—to explore bonding with children and keep them away from screens. Along with husband Nirmal George, who works in marketing and operations, and her brother Avinash Singh, a game designer, they came up with Ideas R Us. The company was formulated in Bengaluru in April and founded in September 2016.

Ideas R Us has designed a couple of board games since, starting with Odd ‘R Eve (a hand cricket game) and then Chor Police. They also have The Hand Football Game and Donkeyword coming up soon.

The idea was also to convert popular, generational hand-me-down games that have evolved organically, like cops-and-robbers and book cricket, into more contemporary, relatable board or card games.

Singh realized that what was, to her generation, “book cricket" had developed into hand cricket for her children and their cousins. Hand cricket (like rock-paper-scissors) is played by two people—one a batsman, the other a bowler—who simultaneously “throw" out numbers with their fingers. The batsman "scores" as many runs as the number he holds up each time, but gets out when both people hold out the same number.

Book cricket, similarly, was played typically between two people—on the backbenches during a civics class for some of us—using the pages of a book. Page numbers—which showed up when flicked through the book—ending with two, four or six signified the runs scored, while zero would be a wicket.

Getting the prep right

Board games require physical interaction, which bring to life dynamics of a group or family. It’s the reason why Ideas R Us didn’t get into online games, explains Singh.

What the trio did was extended the basic hand cricket game to be able to accommodate 20 people, instead of just two, so Odd ‘R Eve became a game that could be played by a family.

When they tested Odd ‘R Eve with neighbours, for example, they realized that in the middle of a game, a child would spontaneously feel free to talk about incidents in school, like bullying, for instance. Socially awkward children would lose inhibitions—and parents would lose theirs too.

“I would love to say we did traditional market research, but we don’t believe in it," adds Singh, laughing. “It (an idea) should justify what your gut says."

Before the group finalized the product, they played with over 40 people across age groups for five to six weeks. The oldest person was around 87.

The game design and concept was handled between the three founders, who have been professionals for over two decades, and could reach out to a diverse set of individuals. 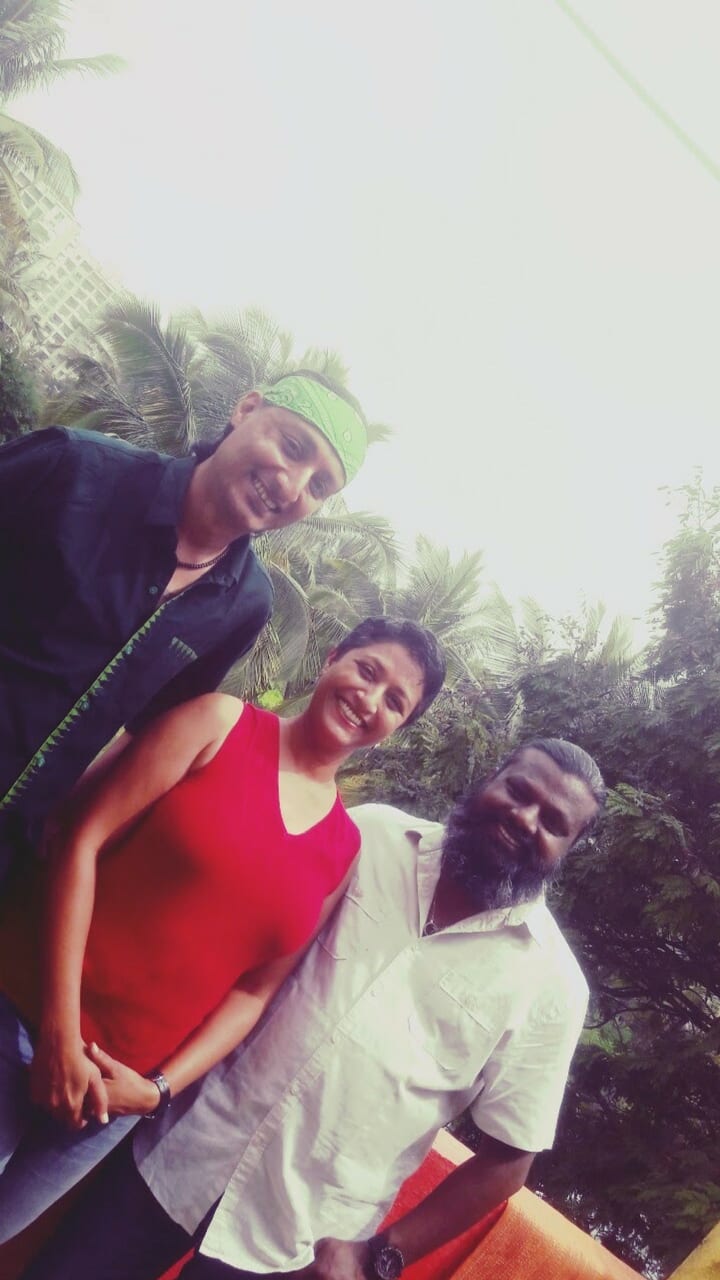 Chor Police is priced at Rs699 because, Singh says, popular board games like Scrabble or Monopoly cost between Rs800 and Rs1,000, and go up to Rs1,500 for special editions. Odd ‘R Eve is available on Amazon for Rs399.

“We would love to make it cheaper," she says, “but we priced it in such a way for us to have margins to put back into the business. But the margins should not be too high or you could buy some other game in this amount of money."

They were also clear they wanted to be a “made in India" brand—all games are wholly produced in Bengaluru—and not go through the more economical China-made route.

While Odd ‘R Eve has sold about 1,000 pieces, Chor Police, available on Amazon since 24 January, is just starting out. While there are no reviews out yet, Singh says they have got some positive testimonials.

These games are also getting attention from companies as a tool for “team building", because about 20 people can play Odd ‘R Eve, which has been available to buy since last March 2017.

The company was ready to launch their first product, the hand cricket game, in the latter half of 2016. But various negotiations to sell it online failed, costing them the crucial Christmas-New Year holiday (and spending) period.

As an alternative, Odd ‘R Eve was launched at the Bangalore Literature Festival in December 2016. The reaction, Singh says, was phenomenal. In two days, they sold about 350 packs of Odd ‘R Eve, even though children rarely visit literature festivals.

Their intention of selling through traditional retail—including online—got stuck because of having to go through distribution channels. Distributers wanted a brand name and, additionally, a margin of 65%.

They finally managed to get on Amazon and used social media to spread the word.

The size of the toy industry in India is approximately Rs3,000 crore in retail. It’s less than 1% of the global market, making this country a promising opportunity. Only 30% of the toy industry here is organised and a big player like Funskool (Mattel is another one) has a market share of around 30% among the companies in the organised sector. Only about 15% of the overall sales of toys are done online.

The relative success of Odd ‘R Eve spurred the founders—by April-May 2017, there were more ideas for games. “We realized Chor Police goes back to nostalgia. Children play Mafia, which has similarities," says Singh.

Mafia is a card game where the players are divided into mafia, police and regular townspeople—the police has to catch the mafia, while the mafioso have to eliminate the townspeople. 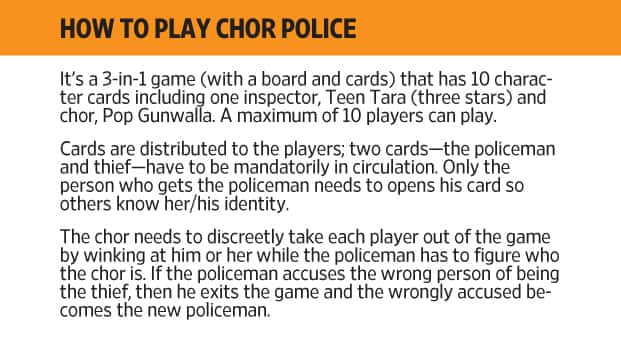 Having invested Rs10-11 lakh into Odd ‘R Eve and the initial stages of Chor Police, the three creators decided to crowdsource the rest of the money needed for the games’ development.

They were among three selected for the 2017 Goa Project, an annual conference that gets together people from diverse backgrounds to collaborate. This led to a four-week crowd-funding campaign and they reached their target 11 days before close.

“What surprised us was we had 159 backers from 13 countries and 31 cities. From Germany, for example, someone put in substantial amount of money because they understood what we were trying to do. We got our target in 2 weeks, 5 days," says Singh.

They raised Rs5.2 lakh, beating their Rs4.5 lakh target, on the crowdfunding platform Wishberry. This money would go into production and marketing the products and the backers get rewards packs based on the amount pledged.

Their aim is also to participate in trade shows and have conversations with large players in the industry. “We need data to prove India needs this: You can’t bring variations of Monopoly and ask us to play," says Singh.

“I am idealist," she adds. “We all (founders) agree on one thing: the future is to collaborate with a global player and make games relevant to India."