On Tuesday, the government policy think tank Niti Aayog called for the splitting of Coal India Ltd into seven independent companies in order to enhance competitiveness. The recommendation was part of the draft National Energy Policy, which will be finalized next month. The move may face opposition from unions representing the company’s 350,000 employees. Union minister Piyush Goyal has already rejected the proposal. Facebook recorded 2 billion active users in June—more than a quarter of the world’s population. The new figure marks a 17% year on year increase; Facebook had recorded a billion users in October 2012. Growth has increasingly come from outside of US, Canada and Europe. As of April 2017, the platform had five million advertisers. Google was fined $2.7 billion by the European Union this week on grounds that the company skewed search results in its favour, thereby hurting smaller shopping search sites. Google has been given nine days’ time to fix the problem and treat other price-comparison sites equally. If it fails to address the problem in 90 days, then it could further face a daily fine of up to 5% of the company’s global daily revenue. A fall in Chinese demand led to a copper surplus of 164,000 tonnes in the first quarter of 2017, according to the latest monthly report of the International Copper Study Group (ICSG). China consumes almost 50% of the global copper output. Nonetheless, copper prices have recovered, with prices on the London Metal Exchange up by 5% this year. 6. Global approval for US President at record low levels

According to a Pew Research survey of 37 countries, US President Donald Trump and his policies are fairly unpopular across the world. Only 22% (median levels) of those surveyed were confident that Trump would do the right thing in international affairs, in contrast to 64% at the end of Obama’s presidency. Some of the steepest declines in confidence in the US President have come from long-standing allies such as Germany, South Korea, UK, Canada, etc. GE Energy Financial Services (GEEFS) announced plans to invest $90 million in India to build a solar power project portfolio of 500 megawatts (MW) in a partnership with RattanIndia Group. GEEFS has earlier invested in several renewable energy projects in India, such as Welspun Renewable’s Neemuch plant. Its partner, RattanIndia Solar, had won a 50MW solar project at a tariff of Rs4.43 per kWh in 2016. 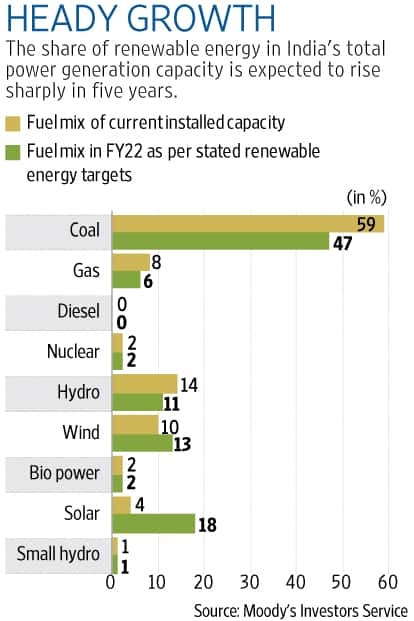 Chinese mobile phone company Vivo Electronics Corporation retained its rights to the IPL title for 2018-22 at a cost of Rs2,199 crore. Its annual payment of Rs440 crore is higher than the Rs330 crore a year that Barclays paid for the English Premier League between 2013 and 2016. Vivo had a 7.6% share of the Indian smartphone market in Q4 2016. On Wednesday, IT major Tata Consultancy Services (TCS) regained its position as the firm with the highest market capitalization, displacing Reliance Industries Limited (RIL), which had temporarily gained that position the week before. At the end of Wednesday’s trade, the market capitalization of TCS stood at Rs4,63,287.02 crore while that of RIL was Rs4,54,731.47 crore. 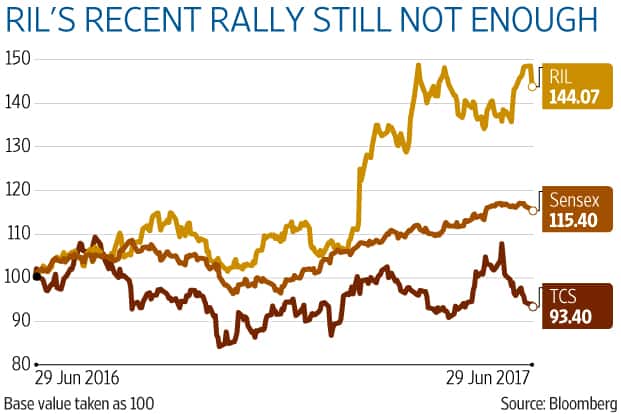 The International Monetary Fund (IMF) has cut the economic growth outlook for the US. It now expects the US economy to grow at a rate of 2.1% in 2017 and 2018, as opposed to earlier estimates of 2.3% in 2017 and 2.5% the following year. The IMF noted that while job growth was strong, compared to historic levels, overall economic expansion was low and unequal.