Demonetisation impact on GDP, Kabul blast and Paris accord

India’s gross domestic product (GDP) growth slowed to 6.1% in the fourth quarter of FY17 from 7% in the third quarter, according to data released by the central statistics office on Wednesday. This marked a slowdown in growth for the fourth consecutive quarter, with the latest figures reflecting the impact of demonetisation on sectors such as construction and financial services. 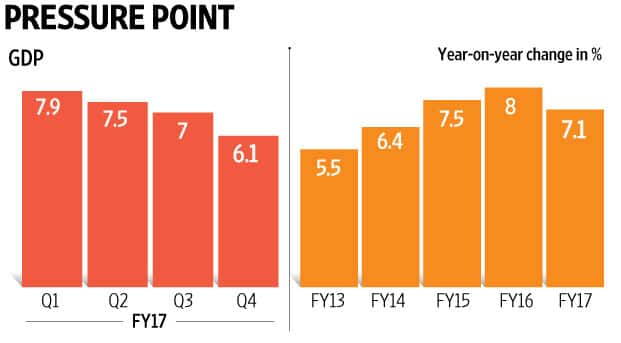 Coal India’s March quarter results disappointed investors. The firm’s consolidated Ebitda (earnings before interest, tax, depreciation and amortization) of Rs3,387 crore missed analysts’ estimates by a wide margin, and marked a 39% year-on-year decline. The decline came on the back of higher provisions. However, revenue growth (excluding excise duty) grew at a robust rate of 8% to Rs23,171.6 crore. 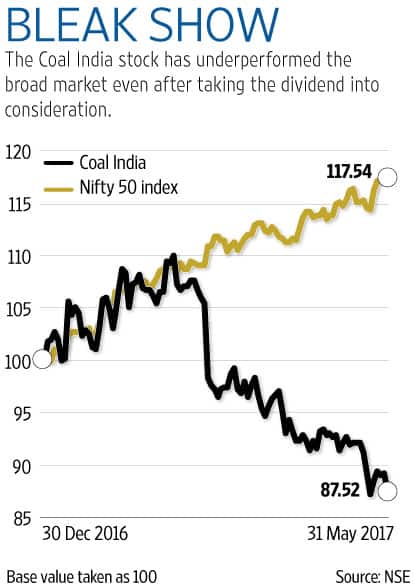 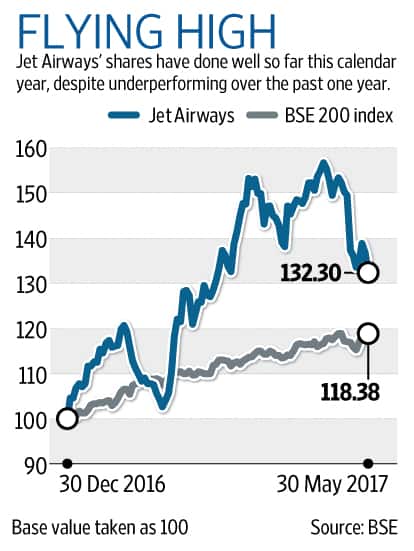 A blast in Kabul’s high-security diplomatic area on Wednesday morning killed 80 people, wounded 320 and damaged embassy buildings. All staff at the Indian embassy were declared safe. No group has claimed responsibility for the attacks, although Afghan intelligence sources have blamed the Taliban-affiliated Haqqani Network, which has been linked to Pakistan’s military in the past. 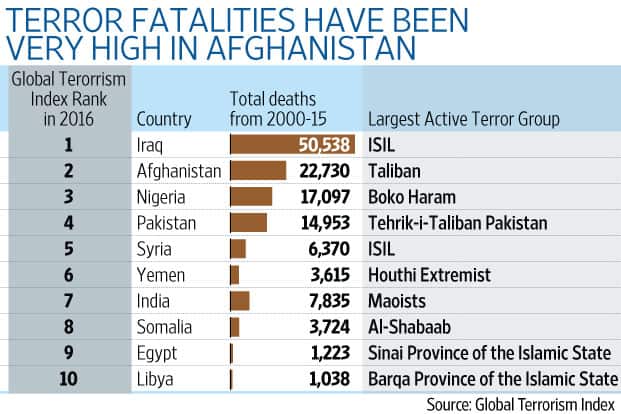 Snapdeal, the beleaguered e-commerce platform, received Rs113 crore in emergency funds from its existing investors, Nexus Venture Partners and the company’s founders. The company has been in talks exploring a sale to bigger rival, Flipkart, but the funding is not expected to affect the proposed sale. The sale is at the behest of Snapdeal’s largest investor, Softbank Group. 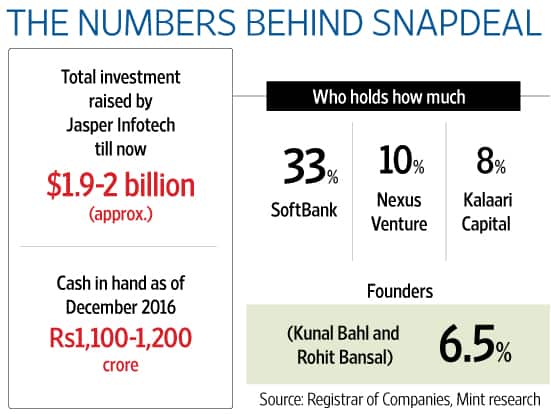 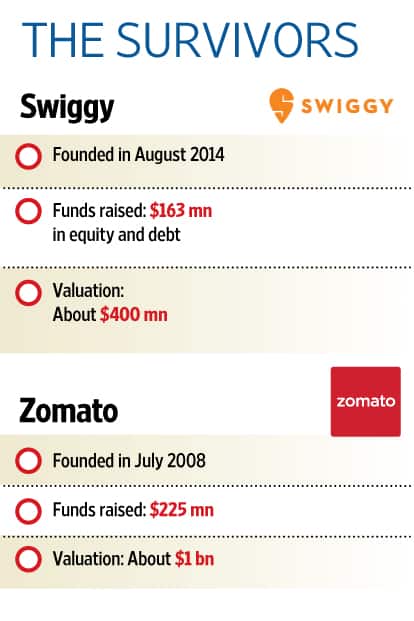 Reliance Communication Ltd (RCom), which recorded a debt of Rs47,332 crore at the end of the March quarter, is seeking approval from bankers to sell its tower assets to pare its debt. The sale to Brookfield Asset Management Group is expected to yield Rs11,000 crore. On Tuesday, Moody’s Investors Service reduced the company’s ratings to Caa1, four levels above default, while local ratings companies Icra and Care both downgraded the company’s long-term and short-term debt to default level. 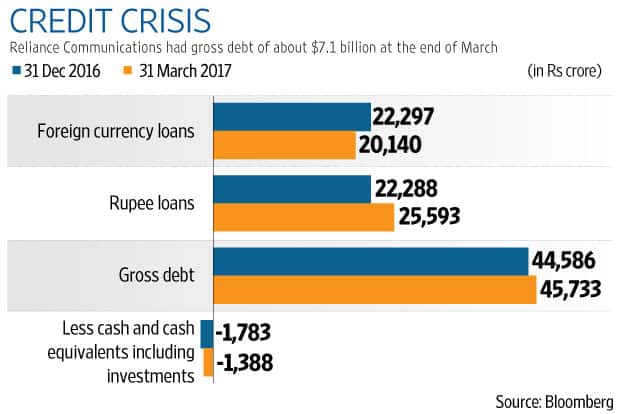 The government indicated this week that a decision on privatization of Air India will be taken in three months’ time, with both finance minister Arun Jaitley and government think-tank Niti Aayog pitching for the same. Jaitley had earlier pointed out that Air India’s market share is only about 14% while its debt burden is about Rs50,000 crore. 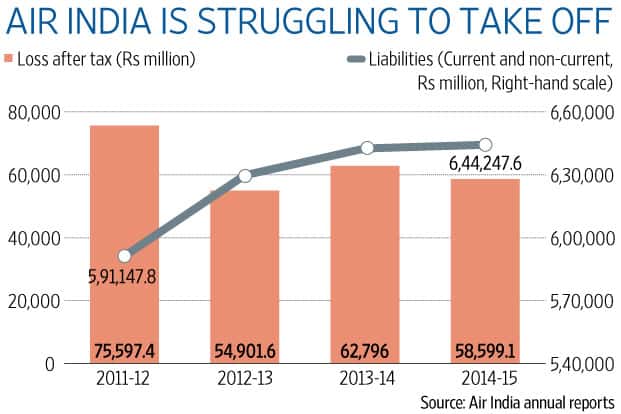 Affected by demonetization, small finance banks (SFBs) are showing heightened signs of risk over a deterioration in asset quality. Data from Crif High Mark Credit Information Services, a credit bureau, shows that SFBs’ portfolio at risk (PAR) for 30 days rose 10.56% at the end of March. PAR denotes the share of loans overdue (for a specific number of days) to the overall loans outstanding. 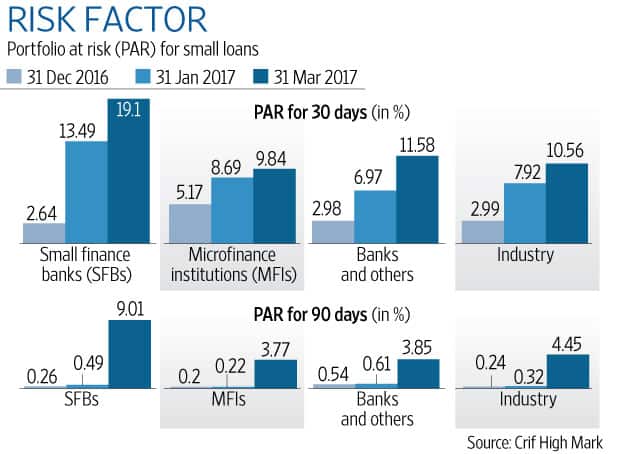 10. Trump decision on Paris Accord

Donald Trump pulled the United States out of the Paris Climate Agreement this week, arguing that the deal favoured large polluters like India and China and allowed other countries to gain a financial advantage over the US. Though the move was widely-anticipated, given that withdrawing from the deal was one of Trump’s campaign pledges, it was still criticized by US allies. Business leaders Elon Musk and Robert Iger announced that they would leave the White House advisory council in protest. 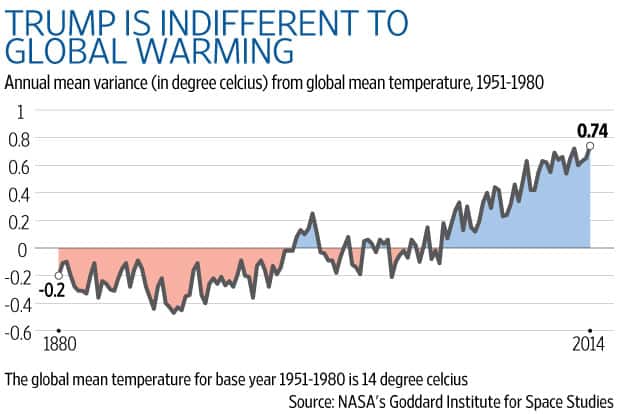