President Pranab Mukherjee approved the conferment of Padma awards to 112 persons, which comprised 10 Padma Vibhushan, 19 Padma Bhushan and 83 Padma Shri awardees. Nineteen of the awardees are women, while 10 are either foreigners, non-resident Indians or persons of Indian origin. Out of 112 awards, the maximum (28) were in the field of art, which includes cinema. Actor Rajinikanth was awarded a Padma Vibhushan, while actor Anupam Kher and singer Udit Narayan were conferred Padma Bhushans. Eight individuals from trade and industry were chosen for the awards, including the late Dhirubhai Ambani (Padma Vibhushan) and Pallonji Shapoorji Mistry (Padma Bhushan). India ranked 76th out of 168 countries in the Transparency International’s Corruption Perceptions Index 2015, improving from 85 and 94 in 2014 and 2013, respectively. Denmark remained at the top of the index for the second consecutive year as the country perceived to be the least corrupt. Brazil slid to 76th place, sharing its position with India, down from 69th last year amid ongoing graft charges against state oil company Petrobras. Meanwhile, a comparison of the perceptions score, on a scale of 0-100, showed that countries in Western Europe and North America continue to be perceived as much less corrupt than others. The government’s fiscal deficit in the April-December period of fiscal 2016 came in at 88%, better than last year’s performance when it had surpassed 100% of the budgeted number by December. Revenue collection, including tax revenue, has been relatively better this year. However, non-debt capital receipts, which includes divestment proceeds, has been low at 27.4% of the full-year budget. This year’s divestment target of Rs41,000 crore is likely to be missed, unless there are big stake sales in Q4. In this context, the government announced this week its decision to sell a 10% stake in Engineers India Ltd. However, the move is expected to fetch the government only around Rs730 crore. 4. Trai recommends auction of all spectrum

The Telecom Regulatory Authority of India (Trai) on Wednesday recommended the auctioning of all available spectrum, including airwaves in the 700 megahertz (MHz) band, which is considered to be the most apt for high-speed data services. Mint reported on Thursday that the purported auction of all available spectrum could fetch more than five times the Rs1.1 trillion raised in the last auction in February 2015. However the auction of 700MHz spectrum is being opposed by a number of telecom operators with already stretched finances. 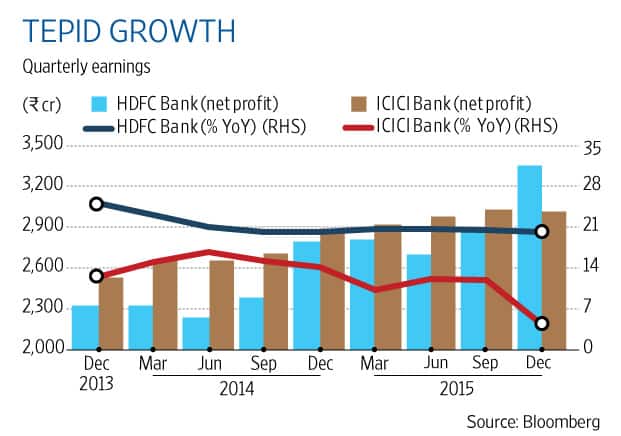 The rupee closed at 68.23 per US dollar on Thursday, the weakest closing in 29 weeks. On Friday, it closed 44 paise stronger at 67.79 to the dollar. Month-end dollar demand by importers and oil companies reportedly weighed on the rupee last week. The recent fall in the rupee is broadly in line with the turmoil in global markets and the depreciation witnessed in many of the other emerging-market currencies, notably the yuan. The surprise interest rate cut by Japan into negative territory on Friday risks fuelling another round of depreciation in Asian currencies. 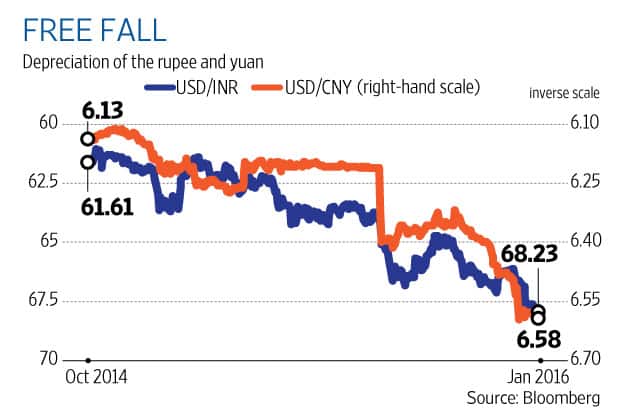 Data from the Reserve Bank of India showed that external commercial borrowings (ECB) of Indian companies fell to a five-year low in 2015 amid the turmoil in global markets. Also, a depressed domestic investment cycle prevented firms from seeking overseas funds. They borrowed $28.16 billion via ECBs in 2015, the lowest since 2010 when such borrowings were $23.77 billion. Volatility in the rupee also hampers the ability to gain from low foreign interest rates, due to hedging costs. Moreover, domestic interest rate cuts have made borrowing from abroad slightly less lucrative. 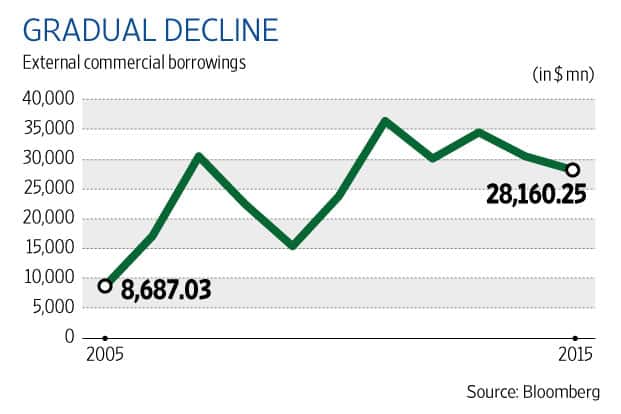 The International Monetary Fund (IMF) on Wednesday notified quota and governance reforms, which had been agreed to in 2010 but held up due to opposition from the US Congress. The US Congress had finally ratified the reforms in December 2015, paving the way for their implementation. Consequently, India’s share at the IMF has now increased to 2.75% from 2.44%, making it the eighth-largest shareholder in the institution from its earlier 11th position. China has become the third-largest shareholder in the IMF after the US and Japan. The US Federal Reserve kept the policy interest rate unchanged at 0.25-0.50%, after having raised it by 25 basis points in the previous meeting in December. (A basis point is one-hundredth of a percentage point.) The Federal Open Market Committee downgraded its assessment of economic activity, citing that economic growth slowed down late last year. The Fed statement also said that it is assessing the developments in the rest of the world, presumably the market slide in China, for their implications on the US economy. Such cautious remarks by the Fed have led markets to lower their expectation of interest rate hikes compared to the outlook in December after the first rate hike. In its quarterly Commodity Markets Outlook released on Tuesday, the World Bank said that weak growth prospects for emerging-market economies are weighing on commodity prices, especially given that most commodity markets remain amply supplied. Energy prices are expected to fall 25% from 2015, with oil prices projected to average $37 per barrel in 2016 compared to the 2015 average of $51 per barrel. Industrial metal prices are also expected to fall amid the slowdown in the Chinese economy. Iron ore, copper and aluminium prices are likely to be lower by 25%, 9% and 7%, respectively, in 2016.