Total central government expenditure rose 54% year-on-year to Rs4.59 trillion in April-May. The corresponding annual rate of increase in government spending was only 13% in the same period last year. This fiscal boost to the economy has come about as a consequence of the early presentation of the budget, with capital expenditure rising 58% year-on-year during this period. Amazon India confirmed on Monday that it had received permission from the government to invest about Rs3,225 crore to build a food retail business. However, the government has asked the company to have separate management and offices for the new business. Amazon’s entry into the segment could hurt existing online retailers such as BigBasket and Grofers.

Research from Morgan Stanley has estimated that solar panel capacity will exceed installations by 45% this year, putting downward pressure on solar tariffs. Solar tariffs have reduced by more than half over the last two years. Last year, capacity exceeded installations by 28%. Solar panels constitute almost 40% of the utility-scale project cost. On Wednesday, Indian women’s cricket captain Mithali Raj became the first player to record more than 6,000 runs in women’s ODIs during an ICC World Cup match against Australia. She currently has 6,028 runs from 183 games. Raj also holds the highest score by an Indian woman in a Test match. She scored 214 runs in a Test match against England in 2002.

Retail inflation, based on the consumer price index (CPI), fell to 1.5% in June from 2.2% in the previous month. The figure was well below the Reserve Bank of India’s medium target of 4%. The index of industrial production (IIP) rose 1.7% in May, down from the 3.1% increase in April. According to a report by the Organization for Economic Co-operation and Development (OECD) and the UN’s Food and Agriculture Organization (FAO), India will be the world’s largest producer of milk by 2026. The report, titled OECD-FAO Agricultural Outlook 2017-2026, also predicts that India will see the biggest rise in wheat production worldwide by 2026, and it will become the most populous country in the world, with the population growing to 1.5 billion. 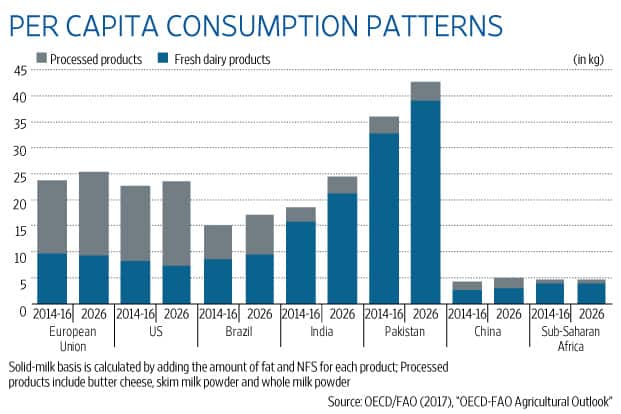 On Monday, the National Stock Exchange (NSE) suffered the longest ever disruption after a technical glitch forced the exchange to stop all equities and derivatives trading. The glitch lasted for almost three hours. The NSE controls about 80% of India’s derivatives market, and handles twice the volume of smaller rival BSE Ltd. 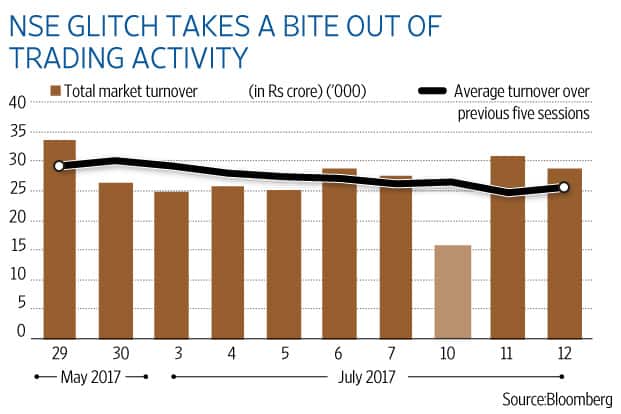 8. Markets on the upswing

The Sensex breached the 32,000-point mark on Thursday for the first time ever. The benchmark stock index ended the week at 32,020.75 points. Hopes of a rate cut because of lower inflation are said to have helped sentiment. Analysts expressed reservations about the current levels as earnings are yet to catch up. IndusInd Bank Ltd posted a net profit of Rs836.55 crore in the June quarter, up 26% from the same period a year earlier and slightly higher than Bloomberg analysts’ estimate of Rs833.70 crore. The bank recorded a 31% year-on-year rise in net interest income. Net interest margins remained constant at 4%. However, gross non-performing assets as a percentage of total loans rose to 1.09%, higher than the 0.93% in the previous quarter. On Thursday, Tata Consultancy Services Ltd (TCS) reported that its June quarter profit fell 5.9% to Rs5,950 crore from Rs6,318 crore a year earlier. The software services company said it lost Rs650 crore in revenue due to the rupee’s appreciation. The rupee has gained about 5% this year. The company’s revenue rose marginally to Rs29,584 crore, even as it added 11,202 employees in the quarter.