As three families in Kashmir's Pulwama bury their sons, young lives are lost, and young legends are born

Two adjacent tents, large enough to fit elephants, covered the lawns of Bashir Ahmad Gagjoo’s house on 23 June. The larger one accommodated men and a slightly smaller one fit in women who came to mourn the death of 17-year-old Shakir Ahmad Gagjoo. The tents would stay put till the end of the four-day mourning period.

Shakir was one of the three suspected Lashkar-e-Taiba (LeT) militants killed in an encounter on 22 June in Kakapora sub-district (tehsil) of Pulwama district in South Kashmir. The bodies of the three boys were charred when families received them.

“I must have sinned a lot, because God didn’t allow me to even perform my eldest son’s last rites," said Gagjoo. He grieved the fact that his son’s body had been burnt.

Aside from the fact that Muslims do not burn their dead, the community was frustrated that the family didn’t get to see Shakir’s face one last time.

“This is how they make a martyr out of ordinary youth," said Mir Urfi, a Srinagar-based lawyer. “If the forces had ensured that the militants had come out of the house, arrested and tried them, they would not be etched in the community’s memory, let alone inspiring younger boys to join the movement," she added. Kashmir has been a disputed territory between India and Pakistan since 1947. However, in the past decade, reports of disenchantment among Kashmiri youth towards the Indian state have increased manifold. Observers have called this a second wave of militancy in the Valley; the first was in the early 1990s.

South Kashmir’s Pulwama has been the epicentre of most encounters in the recent past. In August this year, Lashkar-e-Taiba commander Abu Dujana, a Pakistani national, was gunned down in Hakripora area of Pulwama. In May, Hizbul Mujahideen militant Sabzar Ahmad Bhat, a close associate of slain militant Burhan Wani, was killed in Tral, another sub-district of Pulwama.

And more recently, on 27 August, eight security personnel were killed by militants in a 19-hour encounter in Pulwama town. The three Jaish-e-Mohammad militants, who had stormed into a high-security district police quarters, were eventually killed.

It is widely acknowledged that South Kashmir has become the hub of all militant activity in the recent past. Political analysts in the Valley attribute it to three reasons.

First, the ruling Peoples Democratic Party’s politics in the past decade. “PDP flouted ‘soft separatism’, meaning they claimed to be political voices of the separatists in the Valley," said a Kashmir University professor, who wished to remain anonymous.

Second, the fundamentalist organization Jamaat-e-Islami has always found a stronghold in South Kashmir and specifically in Tral, Pulwama. Some factions of the organization became closer to the PDP. Again, they took to the streets to protest the PDP’s changed politics in the region.

Third, Pulwama is a rich district. Large fields of rice and saffron and apple orchards line the narrow roads. It is the largest milk-producing region in the state. Young boys from affluent families, who do not have to worry about earning their daily bread, join the militant movement in large numbers.

We visited the homes of two of the militants killed in June to understand more about what makes Pulwama a breeding ground for violence.

Shakir was the eldest of four children. His 15-year-old brother, Ahmad, sat beside his father in the tent, to listen to the stories. Shakir was a very naughty student in primary school, he used to trouble the teachers enough for them to banish him from several classes like it happens with all young boys, Bashir recollected. “But I have no idea what changed him as he became a teenager," he continued. Shakir increasingly became known as a quiet boy, with a childlike face. As he grew older, he became more responsible, many of his relatives said. 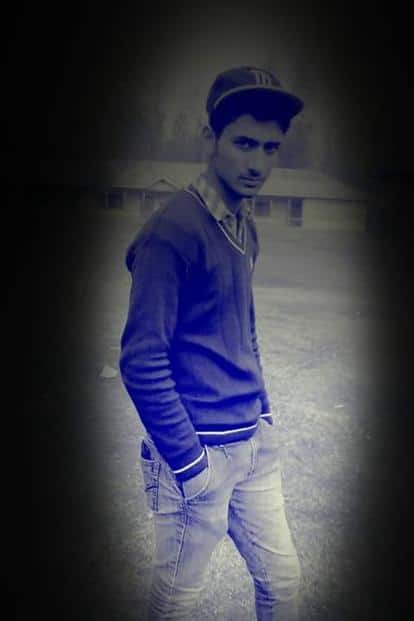 On 26 April, Bashir asked Shakir to keep an eye on their meat shop for a few minutes while he was gone. “I remember it was 4pm, because I wanted to take a tea break," he said. The Gagjoos’ shop is at the centre of the market in Kakapora. Soon, the situation in Kakapora got tense as a few people began throwing stones at platoons of security forces that were crossing the market.

There are two versions of what happened next. The police claims that Shakir was a chronic stone-pelter who later joined LeT. But Bashir believes that his son never pelted stones. That day, Bashir claims, there was chaos at the market and the forces determinedly chased Shakir round the centre of the town market and eventually to his house. According to Bashir, when there is commotion, it is tough to follow the miscreants and it was on 26 April that his son ran away from the back door of their house—fleeing from the police—and never returned.

Shakir had booked tickets to go to Chandigarh for 28 April, two days later. He wanted to get admission in a college and pursue a Bachelor’s degree programme in hotel management. “That is because everyone told him he could attempt IAS exams after his degree," said Shakir’s cousin, Irshad.

“In these parts, when a young man is chased by the police, he has only two options. He can either surrender to the police and go through humiliating torture in the jail or run away and join hands with the militants," said Sheikh Shahnawaz Ahmad, lawyer at the district and sessions court in Pulwama.

Shakir, like many other boys, chose the latter. “Militants are also immensely respected in these areas. Villagers feel that they are fighting the battle for all of us. Obviously, teenage boys choose fame over humiliation," Ahmad said.

Pulwama is believed to have a large presence of militants and a strong network of “over ground workers". Moreover, the district is full of lakes, streams and rivers; it is also surrounded by mountains. The geography of the area, combined with popular support of the people, make it conducive for militants to hide. Burhan Wani, a Hizbul Mujahideen commander who was killed in July 2016, was from the neighbouring tehsil of Tral. Pulwama, along with most other districts of the Valley, protested vehemently after Wani’s death. According to government figures, 90 people were killed in the protests and over 19,000 were injured.

Wani’s trajectory into militancy was almost the same as Shakir’s. Wani is said to have fled from his home at the age of 15 to join the “movement".

Zakir Musa, who was considered to be Wani’s successor, is from Noonpora tehsil, not far from Kakapora. However, he was thrown out of the Hizbul Mujahideen in May this year for threatening the separatist leadership in Kashmir, and declaring that their fight was religious, not political.

“How can our sons not be influenced by Burhan and Zakir?" asked Muhammad Iqbal, a relative of Bashir’s. “We live in the same district, we all knew these boys. They were timid, politically unaware, until the circumstances forced them to pick up arms," he added.

About four hundred metres from Gagjoo’s house is Hamid Mir’s three-storied mansion. Here, there is just one tent in the lawns—for male mourners. The womenfolk occupy the huge house. The Mir family lost their son Majid in the same encounter that killed Shakir. “Majid was taller and hence we thought that the bigger of black charcoal amongst the three was Hamid’s," said Rasheeda, Majid’s sister-in-law.

Hamid was an engineering student at Government Polytechnic College in Srinagar. About a year ago, around Eid, he came back to Kakapora, spent sometime with the family and took back Rs30,000 to pay for his next semester. “We received the receipt for that after a few weeks," said Rasheeda.

However, the family still does not know what happened in the three days between his returning to Srinagar and his message that he had decided to join the Mujahideen. “Some people say he was pelting stones in Srinagar, some say that his friends used to pelt stones, while he had nothing to do with it," Rasheeda said. “We don’t know what is true."

However, the family feels that Majid was always keenly aware of the injustice meted out by the security forces in Pulwama.

“Stop any two-year-old walking on the street and ask ‘hum kya chahte’ (what do we want) and he will say ‘aazaadi!’ (freedom)" said Sameer Mir, Majid’s brother. When such is the case, why will a 20-year-old boy not rebel? he asks.

Once the boys flee their homes, they do not contact their families. One news channel claimed to have access to a phone recording between Majid and Zakir Musa, most likely while the encounter was going on. In a flat voice, Majid is heard telling Zakir that they have been trapped. Almost equally nonchalantly, Zakir responds and says that everyone has to meet Allah someday.

When asked if the family had heard the phone conversation that is believed to be Majid’s last, Sameer Mir said they hadn’t. But, he believes his neighbours when they say that his brother’s voice was unwavering. “He was always a strong boy," he said.

Majid was the youngest of four brothers and a sister. “But, he was never the pampered one," Sameer said.

The third militant killed along with Shakir and Majid was identified as Irshad Ahmad. While Shakir and Majid were childhood friends, Irshad was from a neighbouring village. Few people in Kakapora knew him personally, but most said they could vouch for the fact that he was a good man and would find a place in heaven.

Shakir and Majid’s funeral procession was held together on 23 June. While their bodies were being taken away, thousands of people gathered to pay their last respects. In the commotion, protests broke out. The police is said to have fired to control the crowd. A young boy identified as Tawseef Ahmad Dar of Tungpura was injured and later died in the hospital.

In the eyes of many in Kakapora, all four boys are heroes. And their stories will be recounted again and again in many funerals.

Every mourner is handed a small packet filled with dates and raisins. “We hope the boys are remembered as long as the dates are sweet," said Bashir.

Raksha Kumar is an independent multimedia journalist focusing on Human Rights and politics.