Modicare, bypoll setbacks for BJP, end of an era for Xerox

Govt pitches health insurance in last budget before 2019 election;BJP comes second in all five bypolls;Xerox to cease to exist as an independent entity after 115 years

In results for five byelections declared last week, the BJP failed to get on the score sheet. In Rajasthan, which it currently rules and which is due for a full election later this year, the party lost all three seats—the two Lok Sabha seats of Alwar and Ajmer, and the assembly seat of Mandalgarh—to archrival Congress with convincing margins. In West Bengal, it came second to Trinamool Congress in the seats of Lok Sabha seat of Uluberia and the assembly seat of Noapara, though it wasn’t expected to win and it even gained vote share from the previous elections. Of the ₹ 325 crore disbursed by electoral trusts—a pass-through vehicle intended to increase transparency in political funding by corporates—in 2016-17, as much as ₹ 290 crore, or 89%, went to the ruling BJP, according to a report released by the Association for Democratic Reforms. The Congress, by comparison, received only 5%. The 2016-17 total is the highest ever sum distributed by electoral trusts, comfortably beating the ₹ 177 crore of 2014-15. The list of top 10 donors to electoral trusts primarily comprised old-economy businesses, and was led by real estate major DLF. The Economic Survey warned against the adverse impact of extreme temperature and rainfall events, induced by climate change, on agriculture yields. Depending on the crop and quality of irrigation, it estimated the loss in agri yields to range between 2.7% (Kharif, irrigated) and 14.7% (Kharif, unirrigated). In a scenario where there are no policy responses, this could result in a 20-25% drop in farm incomes in unirrigated areas, it added. The big announcement in this budget, the Narendra Modi government’s last full budget before the next general elections, was a plan to provide a health cover of ₹ 5 lakh for 100 million poor households. This according to the finance minister, would cover around 500 million people and be the largest government-funded healthcare programme. He, however, did not provide any funds for this scheme and said further details would be announced in six months. If implemented, this would effectively bypass state-run health facilities, especially in tertiary and secondary care. A similar scheme, Rashtriya Swasthya Bima Yojana (RSBY), provides cover of up to ₹ 30,000 per family, and had 35.9 million families enrolled in September 2017. 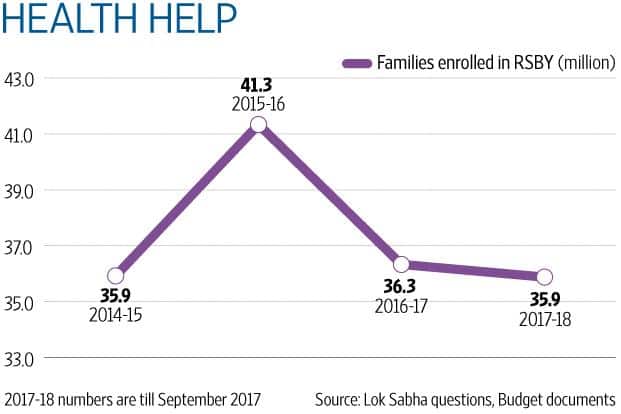 The fiscal deficit—the gap between revenue and expenditure—is likely to touch 3.5% of GDP in 2017-18, as compared to the 3.2% projected last year, finance minister Arun Jaitley announced in his budget speech last week. Lower indirect tax revenues and deferment of telecom spectrum auction were cited as reasons for the increase in deficit. As a result, market borrowings, to fund the deficit, will increase by ₹ 129,636 crore (or 37%) in current fiscal. For 2018-19, the finance minister has projected a fiscal deficit of 3.3% of GDP. 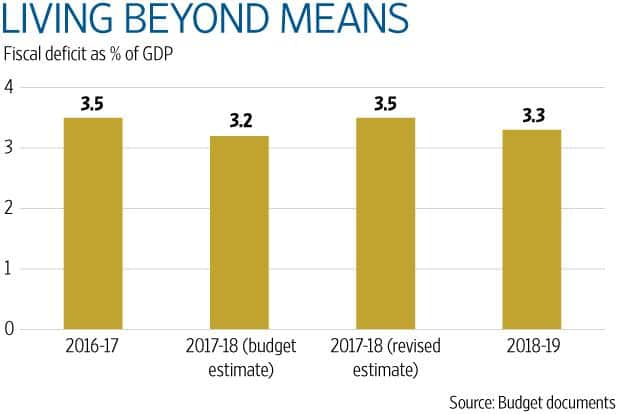 6. Xerox to cease to exist as an independent entity

After 115 years, a period during which it earned that exalted status of becoming a verb (for photocopying), Xerox will cease to exist as an independent entity. Japanese company Fujifilm is set to take over Xerox in a $6.1 billion deal, absorbing the American company into their joint venture that dates back 50 years, with the objective of gaining scale and trimming costs amid declining demand for office printing. Xerox joins American peers like Kodak and BlackBerry in pioneering a technology and becoming very good at it, but subsequently being caught out by technological progress. In the last 41 years, the Xerox stock touched a high in January 1999, but is now down 72% from that peak. 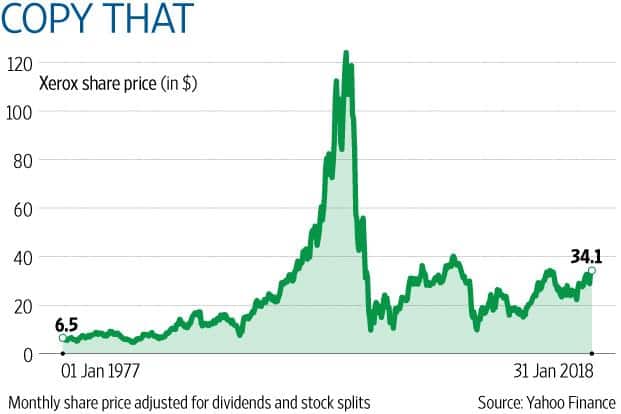 It was a week of reversals for Malvinder Singh and Shivinder Singh, former owners of Ranbaxy, and present owners of Fortis Healthcare and Religare Enterprises. First, a fund managed by private equity firm Siguler Guff & Co that owns 6% in Religare Finvest, filed a law suit accusing them of “diversion, siphoning and digression of assets" by way of related-party transactions done by Religare. Then, a Delhi High Court ruled that a ₹ 3,500 crore arbitration award Daiichi—the Japanese company that bought Ranbaxy from the Singh brothers—won against them in the Singapore Tribunal in 2016 was enforceable in India. In the past year, the Fortis stock is down 24% and the Religare stock 82%. Bad loans continued to loom large over ICICI Bank. For the third quarter (October to December) of 2017-18, India's second-largest private bank reported a net profit of ₹ 1,650 crore, a 32% drop from the corresponding year-ago period and its lowest in seven quarters. This was mainly due to the bank setting aside more money for its bad loans: provisions and contingencies increased 32% to ₹ 3,569 crore, even as its gross non-performing assets grew 21% to ₹ 46,038 crore. MD and CEO Chanda Kochhar said provisions against bad loans are likely to remain high in the next quarter as well. 9. Ikea founder Ingvar Kamprad dies at the age of 91

Ingvar Kamprad, founder of Ikea, died last Sunday at his home in Sweden at the age of 91. He founded the company as a 17-year-old in 1943, with the name Ikea derived from his own initials and those of Elmtaryd, Agunnaryd, the farm and village where he grew up. Ikea became the world’s largest—and most famous—furniture retailer, selling ready-to-assemble furniture, kitchen appliances and home accessories, as well as meatballs. In the year ended August 2017, it sold goods worth 38.3 billion Euros from 403 stores in 49 countries, of which 275 were in Europe alone. The combined Index of Eight Core Industries grew at 4% in December 2017, compared to an upwardly revised 7.4% in November (the previously released figure was 6.8%). The December 2017 growth figure is the lowest in five months and also the first slide after five consecutive months of solid growth. This index of infrastructure output, which account for 40.3% of India’s industrial output, comprises eight sectors: coal, crude oil, natural gas, refinery products, fertilisers, steel, cement and electricity. 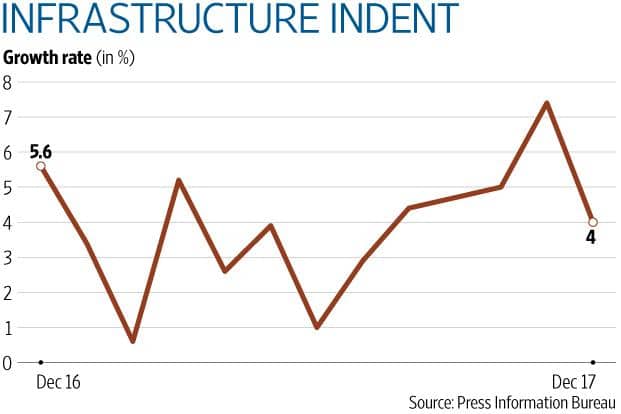