Apple Watch Series 3 Ceramic, and other cool gadgets worth drooling over

The Kuri robot, Oculus GO VR set, GoPro Fusion 360, Nintendo Switch and Razer Blade should be on your must-buy list this year 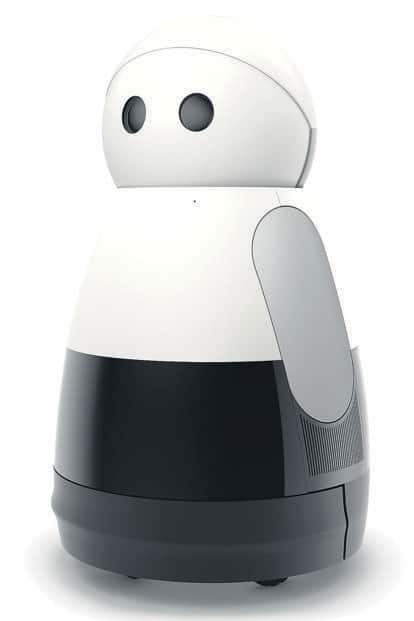 Kuri is a 50cm-tall smart robot with a revolving head and wheels to help it roam. It has a built-in camera inside one of its eyes, which can be used for surveillance and capturing videos and photos. When connected to your home Wi-Fi, it can play music and read e-books. It uses artificial intelligence (AI) to remember faces and understand the context of conversations.

Oculus Go’s virtual reality (VR) headset is not tied to any smartphone or PC. It has its own software, which includes access to the Oculus store for VR apps and games. Go’s hardware includes Qualcomm Snapdragon 821 chipset, an LCD display with resolution of 2560x1440p and built-in speakers.

Nintendo Switch offers the best of both console and hand-held gaming. The 6.2-inch screen offers resolution of 1280x720p and the flexibility of gaming on the go. When connected to a TV using HDMI, it can deliver a proper console-like experience at a higher resolution of 1920x1080p. The detachable controller called Joy Cons can double up as game controllers. It runs on an Nvidia Tegra processor and offers popular titles such as FIFA 18, MotoGP 18 and Wolfenstein II: The New Colossus.

GoPro Fusion is a 360-degree camera with two fish- eye lenses on either sides. Ideal for social media enthusiasts and vloggers who want to give a new spin to their online posts, the camera can capture objects in both directions and merge them to create a single spherical video or photo. It can record high resolution 5K videos at 30fps and 3K videos at 60fps. It is also waterproof up to 5m and can be used for capturing underwater shots and videos.

The new Razer Blade is the smallest gaming notebook with a 15.6-inch screen. Razer has trimmed the bezels around the screen to accommodate the big screen in a small form-factor. The thin bezel design, sharper edges and full metal chassis give it a trendy look. At 16.8mm, it is also the slimmest gaming notebook. It is powered by Intel’s 8th gen core i7 processor with Nvidia’s GeForce 1060 (4GB) graphics and 256GB SSD.