Home >Technology >Gadgets >The best slim laptops and convertibles of 2017

The best slim laptops and convertibles of 2017

From Apple Macbook Pro 13 to HP Spectre x360, here are the best ultrabooks and convertibles released in India in the last few months

For professionals on the move, carrying a bulky laptop can be really painful, and a slim laptop or a convertible computing device can make a big difference. The slim versions are, in most cases, as powerful as some of the burly laptops of the years gone by. The year 2017 was the year of Intel’s 8th gen Kabylake chipsets, and we saw ever slimmer and more convertible PCs. Here are some of the top picks: With the new Macbook Pro notebooks, Apple has tried to reduce the gulf between the lightweight MacBook Air in comparison with the MacBook Pro series, as seen thus far. The Macbook Pro 13 is 23% thinner and at 1.37kg is 200g lighter than its predecessor. To make the Macbook Pro more user-friendly, Apple has added a touchbar feature with shortcuts right above the keyboard and increased the size of the trackpad by almost 46%.

The aluminium exterior and the space grey colour options give it a premium look, the 13.3-inch Retina display (2,560x1,600p) looks brighter, and the 7th Gen Intel Core i5 processor with 8GB RAM and 256GB SSD makes it powerful enough for most tasks. It can last up to 12 hours on a single charge. 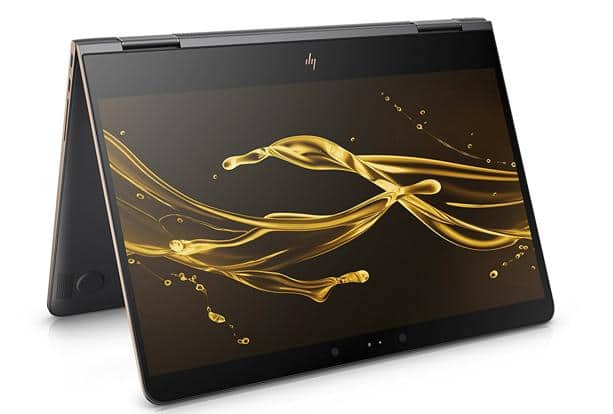 When it comes to ultra-thin notebook convertibles, the Spectre x360 has very few equals. It has a premium looking aluminium body, which measures 13mm with the lid down, and holds a 13.3-inch (1,920x1,080p) display. Yet it weighs just 1.3kg. The flexible hinge design allows the screen to swirl backwards and transform into a big screen tablet. To make the touchscreen more intuitive, HP is bundling the Active Pen with the device. The notebook runs on Intel’s Core i7-7500U processor with 16GB RAM and 512GB SSD and can last six hours of non-stop use.

Dell’s latest XPS 13 ultrabook is a departure from the routine wide-bezel design. The bezels around the screen are just 5.2mm thick, giving the 13.3-inch screen a more edge-to-edge feel. Due to thinner bezels, the notebook looks smaller, measures just 15m with lid down and weighs 1.2kg. The entry-level variant runs Intel’s 8th gen Core i5 processor with 8GB RAM, 256GB SSD and has a 13-inch display with Gorilla glass and a resolution of 1,920x1,080p. VivobookS 15 belongs to a breed of big-screen notebooks with the form factor and looks of an ultrabook. It packs in 15.6-inch display with thin bezels and resolution of 1,920x1,080p, without looking thick. At 17.9mm 1.7kg, it is one of the slimmest and lightest big-screen notebooks you can buy. It is carved out of a single piece of aluminium, giving it a more premium look and feel. The Vivobook S15 is cut out for power users and runs Intel’s 8th gen Core i7 processor with 16GB RAM, 18GB SSD and Nvidia GeForce MX150 (2GB) graphics. For buyers looking for a powerful Windows 10 notebook with a standard screen size and a budget of under Rs80,000, there is Acer Swift 3. The aluminium exterior and the wide hinge gives it the look and feel of Macbook Pro. Swift 3 impresses further with its 17mm profile and light (1.5kg) form factor. It is a powerful notebook running on Intel’s 7th Gen Core i7 processor with 8GB RAM and 256GB SSD. It can last 8 to 10 hours on a single charge. The 14-inch display has a resolution of 1,366x768p.