Apps to save 4G data on your Android phone

Most 4G plans come with a daily data cap after which users are switched to 2G speeds. If you want to avoid it here are some tools you should you should have on your smartphone

Android users can keep track of their smartphone’s data consumption using the handset’s built-in tools. However, these tools have limited features and are often hard to find as most phone makers tweak the interface and Settings page in different ways. Google Play Store has several apps which can do a bit more and give users greater control over the apps and their data consumption. Also, users are more likely to go to these apps as they are more easily accessible than data management options buried inside Settings page.

Here are some of the data management apps which can come in handy for Android users. 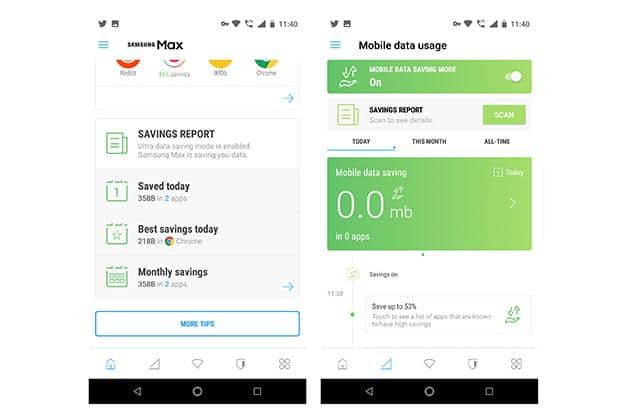 Samsung Max can be a very effective data saving tool for users who rely extensively on mobile data. Inspired by the now discontinued Opera Max, the app works by directing all traffic through its encrypted servers where it compresses all images, videos, audio files, and webpages and then sends them back to user’s device. This reduces the file size and content loads faster using less data. The app also has a data saving mode which provides a glimpse into the data usage of all the apps on the smartphone. It also provides the option to block the data usage of apps when they are running in the background. A lot of apps carry out continue syncs and updates even when they are not being used. Despite being a Samsung app, it works with all Android smartphones running Android. 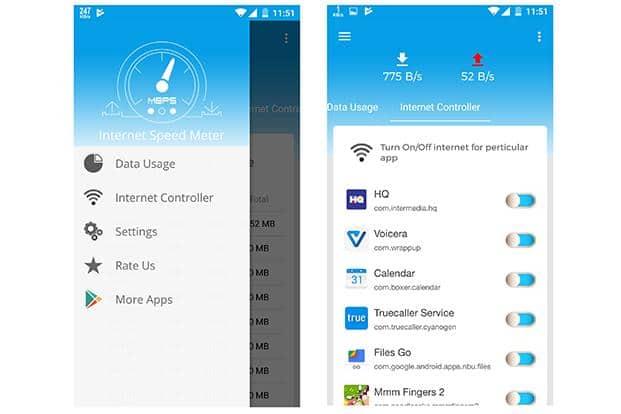 Developed by Gallery LLC, known for several file and photo manager apps, this is a no-frills data management app with a very minimalistic interface. Unlike Datally, which has several data saving tools lined up on the home page, Internet Speed Meter provides an overall picture of the monthly data usage on mobile network as well as WiFi. Its second most important feature is the internet controller tool which shows all data intensive apps and then provides a toggle button for each of them allowing users to switch off their access to internet when they are running in background. The app can also test the internet speed available on the device so users would know when to disable internet access for specific apps. 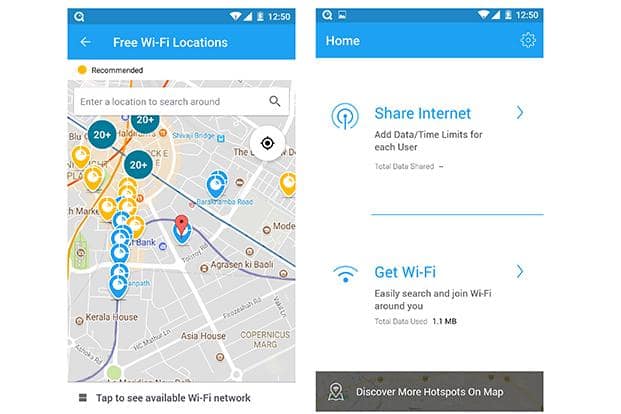 Linq is not a typical data management app but can help users save the precious mobile data. It can help users switch from mobile data to WiFi networks whenever, they have access to one. It is complaint with TRAI’s (Telecom Regulatory Authority of India) Wi-Fi Access Network Interface which allows users to connect to WiFi hotspots at railway stations and airports and metro without asking for a phone number or OTP. It also provides the option to connect to PDOAs (public data office aggregators) and WiFi networks created by other Linq users in your vicinity who are willing to share their unused mobile data with others. Anyone who wants to offer public WiFi can sign up to be PDOA after completing eKYC.