How CXOs are learning to tackle the challenges of multiple clouds

Industry experts and analysts are of the view that as more investments pour into cloud data centres, CIOs will have to learn to manage an 'increasingly hybrid' set-up

Five years ago, when messaging and voice communication services provider Solutions Infini Inc. moved its entire information technology (IT) infrastructure to the cloud, the company’s executives believed they would save on operational costs. Chief technology officer (CTO) Ashish Agarwal soon realized that such was not the case. Just two years after the company moved to the cloud, he discovered that “the amount of money we were paying to the cloud providers was quite high for us, as we operate on very slim margins".

This called for remedial action, following which the company decided to invest in a hyper-converged infrastructure (HCI) system and host these machines at independent data centres. 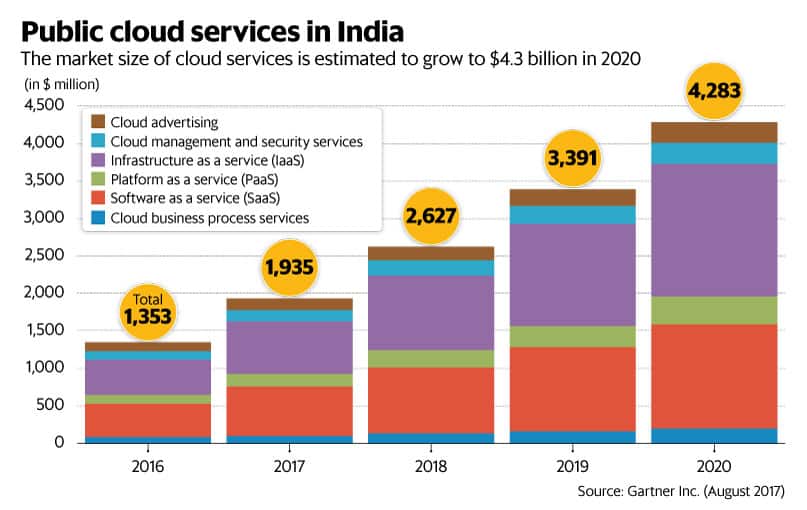 While a converged infrastructure integrates the computing, storage, networking and server virtualization aspects of a data centre, HCI integrates some additional technologies with the help of software. Agarwal chose Nutanix as the HCI vendor. Other companies that offer HCI systems include Dell Technologies Inc., Hewlett Packard Enterprise Co. and Oracle Corp.

Agarwal reasoned that, “using the front-end of Nutanix’s HCI solution, which is quite simple, we could replicate or mirror our cloud environment with simple clicks". Solutions Infini now uses a blend of cloud services and the HCI systems hosted at third-party data centres for its application delivery needs.

Industry experts and analysts are of the view that as more investments pour into cloud data centres, which provide computing, storage and other information technology (IT) infrastructure and services on a pay-per-use basis, CIOs will have to learn how to manage what they say is an “increasingly hybrid" set-up.

There are three models under cloud computing: in public cloud, business applications run completely in a third-party data centre; in private cloud, individual companies operate their own data centres; and in hybrid cloud, they use a mix of the two. Research firm Gartner, Inc. estimates that the public cloud services market in India, which stood at $1.35 billion in 2016, will grow to $1.93 billion by 2017 and further to $4.28 billion by the end of 2020.

According to the firm, hybrid cloud solutions are driving overall cloud adoption in India .

“Cloud adoption is growing strongly in the region, albeit from a low base. Enterprises are adopting both cloud-enabled managed hosting and public cloud services, such as AWS and Microsoft Azure, typically for different use cases," said D.D. Mishra, research director, Gartner India. “It is getting increasingly common for enterprises to have multiple cloud environments, often operated and supported separately."

The main issues faced by companies and CIOs, according to Mishra, include “lack of expertise around key areas of hybrid cloud enablement—virtualization, standardization, automation and instrumentation."

According to Mishra, there is a “lack of guidance" on the technology prerequisites needed to “fully leverage hybrid cloud capabilities".

He added that the capabilities required typically involve use of “automation and monitoring tools... to not only detect user-impacting problems, but also proactively identify when the service is degrading".

The growth of virtualization—one of the building blocks of cloud computing—has also given rise to the phrase “software-defined" (software-defined storage, software-defined networking, even software-defined data centre). Virtualization allows a computer to be split into multiple virtual machines (VMs) for running different applications through the use of a sophisticated software called ‘hypervisor’. Companies that provide hypervisor solutions include VMware Inc., Microsoft, Red Hat, Inc., Citrix Systems, Inc. and Nutanix.

“Gradually, it has to be software-defined everything and one operating system (OS) will subsume everything else," said Dheeraj Pandey, co-founder and CEO, Nutanix, in an interview recently.

“You can get rid of a lot of people in the data centre and optimize your costs when software starts to do a lot of things automatically," he explained.

He added that the concept that everything is an app is “being replicated into the bowels of the data centre".

The service delivery model in cloud computing has evolved from companies having their own data centres to hosting their servers in outside facilities, to plain-vanilla or bare-metal infrastructure-as-a-service (IaaS) to software-as-a-service (SaaS), according to Sunil Gupta, executive director and president of Netmagic—an NTT Communications Corp. company that operates a number of cloud data centres across India.

Netmagic, according to Gupta, has integrated multiple cloud offerings from different companies into “a unified managed cloud service". Towards this purpose, it has developed an “orchestration layer or a cloud management platform" internally over the past couple of years. Moving to the cloud, Gupta said, is not a “zero-to-one story". It is a “gradual, lengthy journey" and CIOs must keep that in mind.

“The challenge for them is how to migrate their applications smoothly to the cloud with zero or negligible downtime. Then, they also have to tackle what is called ‘shadow IT’ wherein departments other than IT purchased certain cloud applications without even informing the CIO," Gupta cautioned.

CIOs, according to Gupta, are increasingly moving applications to the cloud—not just email and productivity apps that they began with but also critical ones such as payroll and human resource management apps. Hence, they should plan their cloud migration well in advance. And while planning must be done in a comprehensive way—taking into account storage and other infrastructure requirements—execution should be “gradual".

According to Gupta, IT heads should also invest in skills for cloud computing such as how to configure and manage hypervisors and hire people who have experience in procuring cloud. “One challenge CIOs face is that different cloud computing companies have different parameters and models for pricing cloud resources, so it makes sense to have technically savvy people in the infrastructure procurement or purchase department who can understand the complexities involved," he explained.

Mishra of Gartner believes that taking a “consultative approach" is often “a good way to go about implementing one’s cloud strategy."

CIOs should also look at developing or hiring talent in the areas of automation tools, agile development and cognitive domains, he said.