The aggressive pricing strategy of Xiaomi and now Asus has compelled rivals to take a similar route. Chinese phonemaker Oppo has created an online exclusive sub-brand Realme to tap young buyers looking for a powerful smartphone around the Rs10,000 price point. The first smartphone under the new sub-brand is called Realme 1 and it will be available on Amazon.in two variants— 3GB RAM+ 32GB storage, which costs Rs8,990 and 6GB + 128GB which is priced at Rs13,990.

Here is everything you need to know about the Realme 1.

■ Realme 1 is by far the best looking smartphone by Oppo in the budget segment. The glass back feels very smooth in the hands even though it is prone to smudges and scratches if you have long nails. What sets it apart from other glossy back phones is the diamond cut design on the glass which looks and feels quite premium. The rivals have a lustreless metal back, which feels solid but dull next to the Realme 1. 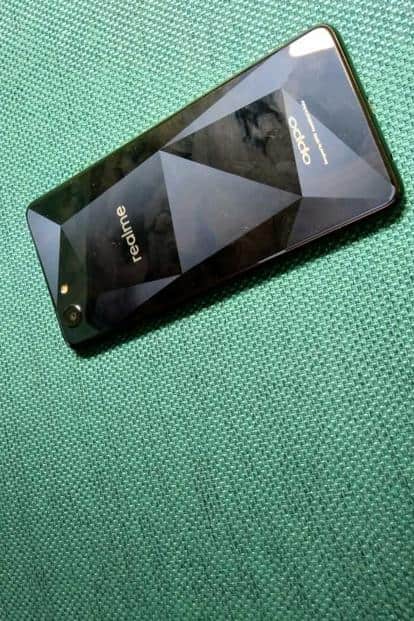 ■ Despite the glass back, the phone doesn’t feel slippery and fits comfortably into the hand due to the narrow form factor. It has a notch-less thin bezel design but the bezels are thinner than the Redmi Note 5 and ZenFone Max Pro. As a result it looks slightly smaller and at 155g feels a lot lighter in then hand. The other two phones weigh around 180g.

■Unlike the two rivals, there is no finger print sensor on the Oppo smartphone. But Oppo offers the option to unlock using face. While it is not as reliable as the former it is equally convenient and fast.

■The 6-inch screen has an impressive resolution of 2,160x1,080p and aspect ratio of 18:9. Colours in videos look bright and text in web pages look crisp enough by the standards of an affordable smartphone including the Redmi Note 5 and ZenFone 5 which have similar screen size and resolution.

■The Oppo smartphone is driven by MediaTek’s Helio P60 octa-core processor with up to 6GB RAM. We reviewed the 6GB variant and performance is impressive. While the Redmi Note 5 and the ZenFone Max Pro M1 run on equally powerful Snapdragon 625 and 636 processors they offer up to 4GB RAM. The Realme 1 was able to handle most the games with the same grace too.

■ We were also a bit disappointed to find that the Realme 1 runs the same custom UI Oppo uses in its other smartphones. A new custom interface or stock Android UI would have made this new phone a bit more refreshing. The good news is that it runs Android 8.1 and has some unique features such as the Game Acceleration mode which automatically block all calls and notifications while you may be playing a game on the device. The Redmi Note 5 runs Android 7.1 with a feature packed MIUI 9, while the Asus smartphone has a clutter-free stock Android 8.1 operating system. ■ When it comes to camera performance, the Realme 1 is a typical budget smartphone. The 13-megaixel camera offers 2x optical zoom. However, it picture quality is modest. Even in day time shots look inconsistent and dull. Redmi Note 5’s single camera and the ZenFone Max 2’s dual cameras are better at handling detailing and light.

Oppo’s Realme 1 outclasses rivals with its funky looks, light form factor and storage. The performance is also at par with rivals. The only reasons to recommend the Redmi note 5 Pro ahead of it is the bigger battery and superior camera. If you want an even better battery and camera performance along with the simplicity of stock Android, go for the ZenFone Max Pro M1.