10 groundbreaking technologies that will matter in 2019

New Delhi: This year, we saw some technologies mature while others became better understood. What was once a buzzword is now close to mainstream. And what was once a dream, is now closer to reality. We highlight 10 technologies, which we at Mint believe, will make a significant impact in 2019.

AI is creeping into almost every aspect of our lives. It’s in our smartphones, our cars, our email inboxes and in our smart homes. From companies implementing AI-powered human resource (HR) technologies to AI managing logistics and operations, and even helping click better photos on your phone, AI is everywhere—in the form of machine learning (ML), deep learning (an ML technique), computer vision or natural language processing (NLP). AI will accompany every other disruptive tech we speak of such as detecting facial and human emotions, and recognising people from their gaits. It will also be used to predict how humans will react to ads, movie trailers and more.

Blockchain is not just about powering cryptocurrencies like bitcoin and ether. A distributed digital ledger format, it is also being used by manufacturing companies to improve their supply chains; by healthcare and electricity companies; and by the financial sector to make transactions more transparent.

For instance, NITI Aayog and Oracle plan to start a drug supply-chain blockchain ledger, which is meant to help fight counterfeit drugs in the country. The Telangana State Information Technology, Electronics and Communication department has tied up with IT services provider Tech Mahindra to launch India’s first Blockchain district in Telangana. However, most pilots are being done with private (permissioned) blockchains that can perform thousands of transactions per second. In India, for instance, banks have formed ‘BankChain’—an alliance of banks formed in February 2017 to explore and build blockchain-based solutions.

IoT is not a technology but a concept. It allows smart devices to interact with each other and perform various actions. This is how your phone communicates with your fridge, TV and more. 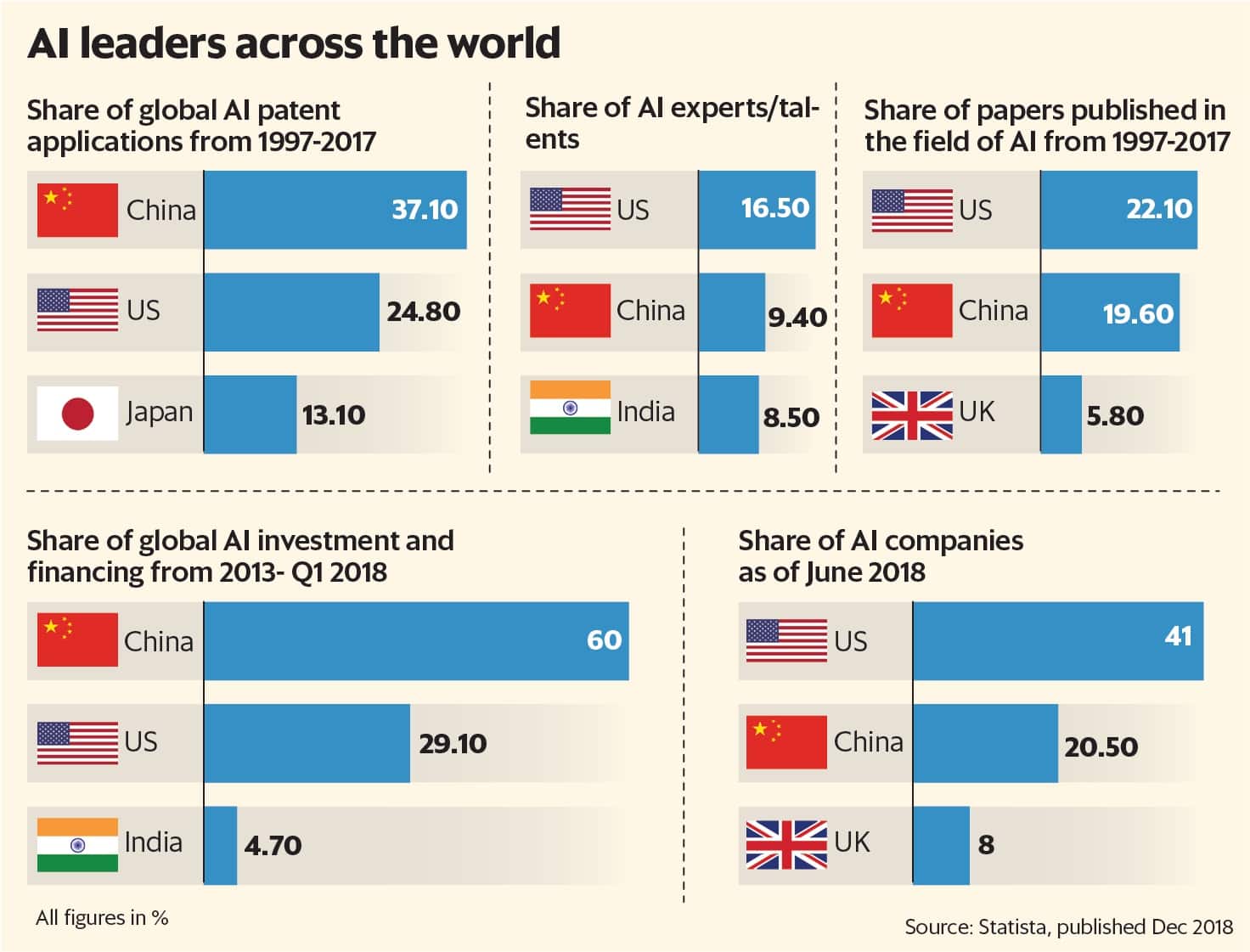 On the consumer front, IoT devices were expensive till 2018. However, with Amazon’s Echo speakers being sold for as low as ₹ 4,499, the technology is more affordable now. Similarly, Xiaomi introduced a affordable but good smart TVs this year, while myriad companies are selling smart lights, plugs and more. Even the Indian video entertainment market is seeing an upgrade to connected media devices and larger screen viewing experience, according to IDC India.

In companies, the increased adoption is due to the availability of low-cost sensors, improved infrastructure with ongoing deployment of 4G LTE, Wi-Fi and small cell networks and huge volumes of data.

The government’s 100 smart cities project, Digital India programme, Make in India project and Smart Energy project are only expected to further push the deployment of IoT devices in India. Nasscom expects the IoT market in India to grow to $15 billion by 2020.

Augmented Reality (AR) and Virtual Reality (VR) are yet to make their presence felt. This September, a report by Capgemini Research Institute found that 82% of firms implementing AR/VR have found that the tech either meets or exceeds their expectations.

Robotics: Forrester pegs the Robotic Process Automation (RPA) market at $1.7 billion in 2019 and $2.9 billion by 2021, predicting that over 40% of all enterprises will have digital workers next year, and they will do so by combining AI and RPA-

Nevertheless, companies like Apple and Google now provide their own platforms for developers to build augmented reality and virtual reality apps. Closer home, e-commerce firms like Myntra have been working on AR tech since late 2017, and these should materialise by next year. IDC forecasts the industry to touch $143 billion by 2020.

3D Printing tech is near an inflection point. It allows pretty much anyone to build things ranging from jewellery to guns. In India, much of the affordable jewellery you buy from e-commerce platforms are from small firms that are 3D printing them. Melorra is a case in point. Bigger firms like HP, too, are gearing to sell more 3D printers in India. IDC forecasts global spending in the 3D printing space to grow to $23 billion by 2022.

Given its large labour force, robots often play second fiddle to humans in India. The country ranked last in the adoption of robotics, according to a report by the Information Technology and Innovation Foundation. Yet, robotics has potential in India. A Mumbai-based robotics startup, called Emotix, had launched a robot called Miko 2 in November, which is meant to be a companion for children. The robot can make calls to parents and has a screen that lets it display information and emotions.

In its Predictions 2019 report, Forrester predicts that over 40% of all enterprises will have digital workers next year, and they will do so by combining AI and RPA.

The report pegs the RPA market at $1.7 billion in 2019 and $2.9 billion by 2021. RPA also figures among the eight technologies identified by a survey by BCG and Nasscom, for the prime minister’s Future Skills platform in India.

The global consensus among experts is that 5G will truly become mainstream in 2020. But if that is to actually happen, 2019 will perhaps be the most crucial year for the next generation of wireless broadband technology. Companies like Ericsson have already started bringing their 5G products to India.

Moreover, while network equipment makers have been ready for a while, device makers are now pushing through. This month, Qualcomm unveiled its new mobile chipset, the Snapdragon 855, which will support 5G connectivity on mobile phones.

Edge Computing relates to both 5G and IoT. While 5G lowers the latency in networks, meaning data can travel faster between the servers and devices, edge computing takes care of the processing needs. This technology allows data to be processed closer to the source device, thereby making it easier for IoT devices to work on the fly.

Experts expect 2019 to have realistic implementations of smart cities, driverless cars and more—all of which requires edge computing. As 5G improves the network, edge computing is expected to augment the value that 5G brings.

Companies like IBM and D-Wave have broken ground in this field. IBM now has a a 50-qubit quantum computer. D-Wave’s machine—with its 2000 qubits—does not qualify to be a ‘true’ quantum computer, mostly because its qubits are not built like those in traditional quantum computers, argue critics. Meanwhile, even Google, Microsoft and Intel have been working for quantum supremacy. This is a technology that will gain more maturity in 2019.

Catch all the Technology News and Updates on Live Mint. Download The Mint News App to get Daily Market Updates & Live Business News.
More Less
Subscribe to Mint Newsletters
* Enter a valid email
* Thank you for subscribing to our newsletter.
Topics
mint-india-wire