The new feature is currently available only for WhatsApp beta users on Android with the latest update. You can become a beta user by enrolling yourself into WhatsApp’s beta testing program by clicking here. If you wish to opt out of the program at any point, simply uninstall the testing version, and download the public version of WhatsApp from Google Play Store.

With WhatsApp’s ‘mark as read’ option, users will get to mark pending messages as read to quickly dismiss them from the notification panel. It is present alongside the reply option (available only to Android Oreo users) which allows users to reply to a message within the notification itself. 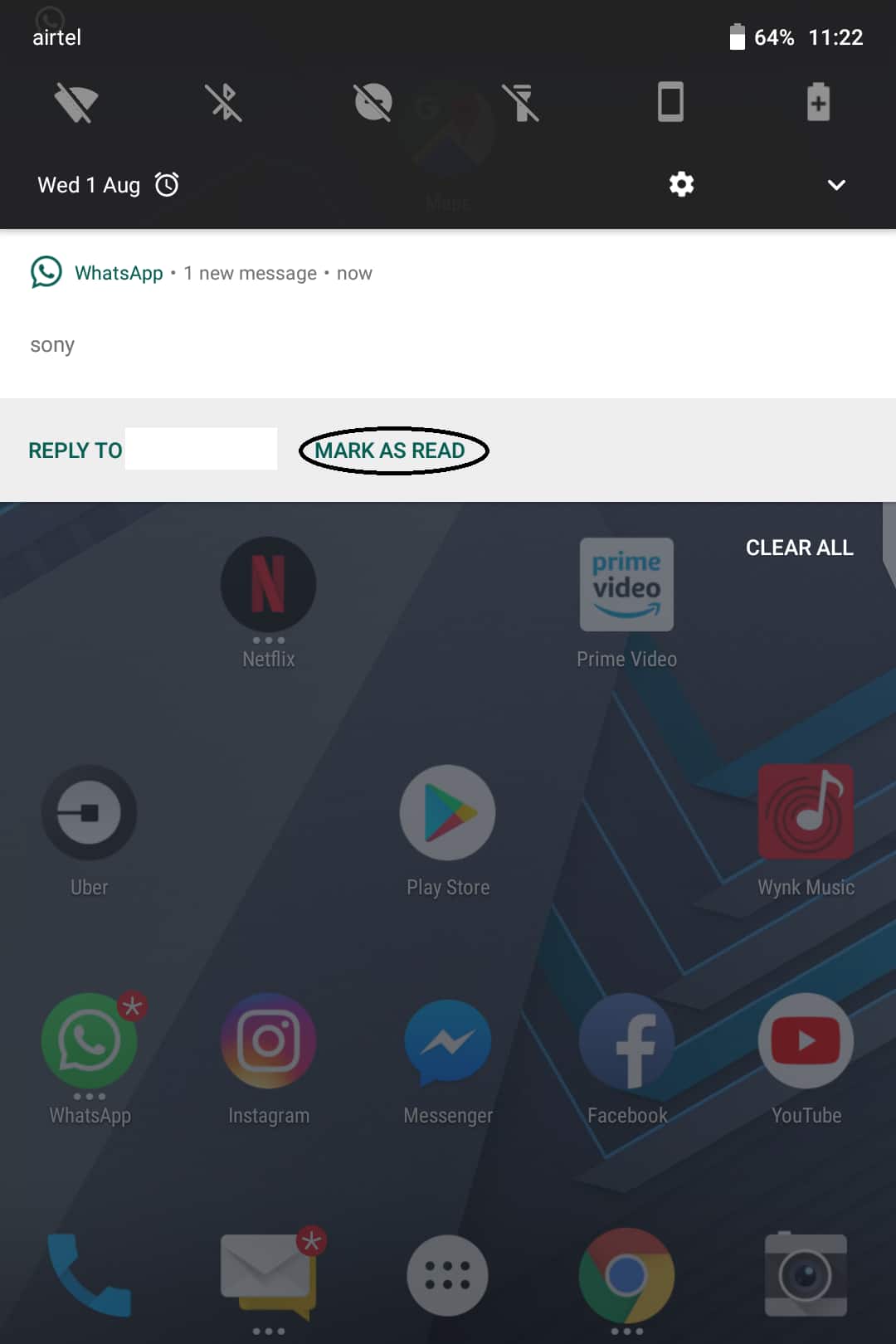 The ‘Mark as read’ option is next to the reply button

Features introduced to WhatsApp beta often make it to the stable public version which means there’s a possibility this would be available for all users soon. The group calling feature, which was launched recently for all WhatsApp users on Android and iOS platforms, was rolled out on WhatsApp Beta in June.

WhatsApp recently faced criticism for issues related to fake news and disinformation that has been rampant on the platform in the last couple of months. It added the a new feature in July which puts a limit to the number of messages forwarded by a user.