Latest PC and console games to splurge on

Looking for a new video game to play? Here are some of the titles you can consider

Video game buffs have plenty of new game titles to buy this winter. In the last few weeks, several highly awaited and some unexpected games were launched. Some of these are limited to certain consoles, while others work on PCs alone. To make matters more interesting online stores such as Amazon.in and Steam are offering discounts on them too. 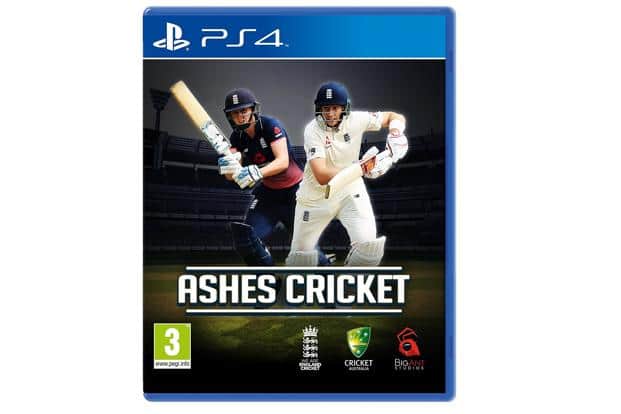 For cricket fans, Big Ant Studios has come up with a new game called Ashes Cricket. Its launch coincides with the ongoing Ashes series and it offers fully licensed male and female players from both England and Australia. The game also provides the option to play in all the venues of the ongoing Ashes series in Australia. Big Ant has made changes to the controls, providing users with more options. Gameplay is not limited to Ashes. You can create your team, custom tournaments and take on friends in online matches. Its PC version will be available soon. Konami has come up with a free-to-play variant of the recently released PES 2018. It is called the PES 2018 Lite and offers much more than the Demo. Users can participate in offline exhibition matches with any team they want and can access the Online MyClub mode, which is their equivalent of EA Sports’s Ultimate Team. Legendary players such as David Beckham, Steven Gerrard and Maradona are also available for hire in the game.

EA Sport’s new Star Wars Battlefront 2 is bigger and grander and covers the time span between the films Return of Jedi and The Force Awakens. The game launches few weeks before the upcoming Star Wars movie The Last Jedi, which releases on 13 December. This is a third-person action-adventure game and involves characters from all Star Wars movies. Users can participate in a single-player campaign or jump into multiplayer games. It also includes a two-player split-screen mode which works offline. Wolfenstein II: New Colossus is a follow up to the popular first-person shooter Wolfenstein: The New Order. Developed by Machine Games in collaboration with Bethesda Softworks, the game is set in an alternate reality where World War II was won by Nazis who now control most of the world, including the US. The game’s objective is to shoot down enemy soldiers in the way, assassinate key officials and weaken the puppet government. The game was one of the winners of Critics Choice Awards at this year’s E3 conference held in Los Angeles. A Sony PS4 exclusive, Gran Turismo: Sport, not to be confused with Gran Turismo Sport from 2016, is actually the successor to the popular racing game Gran Tursimo 6. The association with FIA (Federation International Automobile), the governing body of several racing tournaments including the F1, means you get to play in online championships endorsed by FIA. Developed by polyphony Digital in collaboration with Sony, the new game offers officially licensed cars and racing tracks.