Samsung’s market share has gone up to 24.2%, from 23.5% in the quarter ending September 2017, but its growth in terms of shipments has been slower in comparison to Xiaomi. 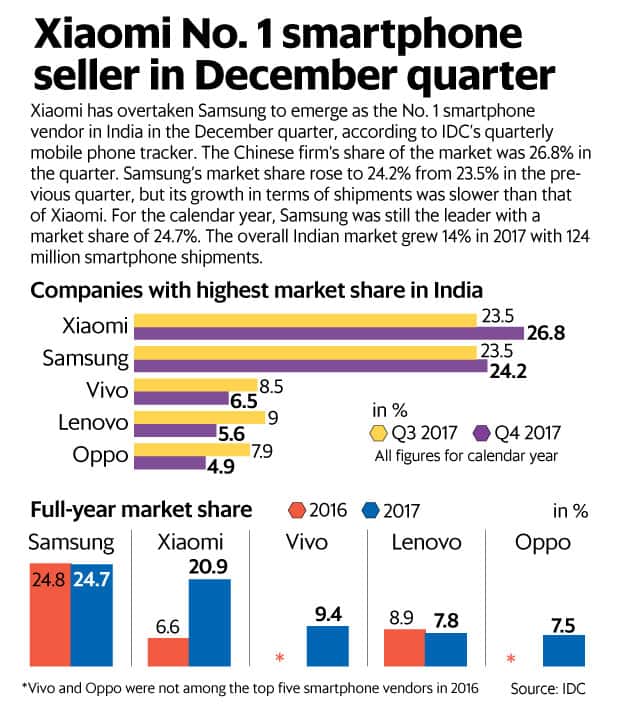 Despite fears that the Indian market is heading towards a saturation point, the IDC report suggest a healthy y-o-y growth of 14% with total smartphone shipments of 124 million in the entire year and quarter-on-quarter (q-o-q) growth of 22%. IDC claims the smartphone market in China witnessed its first decline in 2017, while the US market remained flat.

In terms of annual market share (the combined shipments for all of 2017), Samsung is still the leading vendor with a market share of 24.7% if we are to consider the numbers for all of 2017’s shipments, while Xiaomi is at number two with 20.9% share. Chinese phonemakers strengthened their hold over the market with a combined share of 53%, up from 34% in 2016. The other Chinese companies with the highest annual market share are Vivo, Lenovo and Oppo with 9.4%, 7.8% and 7.5% shares, respectively.