Get virtual in real world

Apple is leading the augmented reality race for now, but Google isn’t far behind

The buzzwords of the smartphone ecosystem these days are artificial intelligence (AI), virtual reality (VR) and augmented reality (AR). All three technologies are designed to bring a different dimension to how we use our smartphones, apps and technology in general. AI works in the background to understand specific user preferences and is all about context and smartness within various apps. VR, as the name suggests, is an experience that immerses you in a virtual and computer-generated world via apps that are designed to be used with a VR headset. However, among the three, it is AR which takes the real world around you and then adds virtual layers on it. Unlike VR, it doesn’t require any expensive and cumbersome hardware such as headsets. Think of the filters that you add to selfies on Snapchat (the dog filter and the flower crown, for instance), or the very popular Pokémon Go game, and you have examples of how filters are added to the visuals of the world around you. With augmented reality, apps are taking the same concept to the next level.

AR is all about the layers

AR takes the visuals of the real world around you (it could be a live video or a photo) using the phone or the tablet’s camera—this is the reality part. The augmented part is when you can add computer-generated objects and elements to this, using the phone or tablet’s software as well as processor and graphics hardware. This could be used for games as well as photo-editing apps. For instance, it is used by designers to get a virtual look of how their creation might eventually turn out. AR is supposed to give the illusion that these objects are a part of the real world—it is immersive and realistic too. It is no surprise then that this technology is fast becoming popular on smartphones, more so because of the simplicity of the entire experience. Plus it is immersive and doesn’t require you to spend on more hardware.

Apple announced the iOS 11 operating system on 11 September, and the new ARKit is an integral part of the new software. The ARKit is a sophisticated framework that will allow app developers to incorporate advanced augmented reality features into apps that they make. This is capable of running on iOS devices powered by the Apple A9 processor and newer processors, which means that phones, including the iPhone SE, 6s, 6s Plus, 7 and the 7 Plus, will also be compatible with the more evolved AR apps, as would be the new iPhone 8 and Plus, and the iPhone X. If you want to take advantage of the larger screen of the iPad, the iPad Pro 12.9, the iPad Pro 9.7 and the new iPad Pro 10.5, these devices will also support ARKit. One of the biggest features of ARKit is a feature called Visual-Inertial Odometry, which allows for accurate tracking and mapping of the environment—your iPhone will know exactly where you are positioned in a room, for instance—and also identifies horizontally placed flat surfaces such as tables. Based on the detected lighting in the room, the layers being added virtually are also tweaked so that they don’t look out of place.

Google is currently working on a system known as ARCore, which is out for limited preview at the moment. While it will be officially announced later this year, it will be compatible with Android 7.0 (Nougat) as well as Android 8.0 (Oreo), and will work with phones including the Google Pixel line-up and Samsung Galaxy S8. This belatedly replaces the Tango platform that Google pitched last year. It did not really catch on because of the specific hardware required, including Intel’s RealSense 3D cameras which most phones did not have, to make Tango work. This is perhaps the reason why Apple is winning the AR race as we speak, but Google has promised to make the ARCore available to as many as 100 million devices at launch time. ARCore also uses motion tracking, which uses video footage and internal sensors to estimate the phone’s relative location in the environment and detects flat surfaces as well. Users can pin digital objects in one real-world view, and the camera also does a light estimation to ensure that the virtually added objects retain the realistic hues, such as shadows.

Is my phone compatible?

Chances are your existing smartphone or tablet might be capable of running AR apps, as long as it matches the differing hardware requirements for individual AR apps. For AR, you do not need to buy additional hardware like a headset (which is required for VR apps). The screen, camera, the various movement-detecting sensors (such as a gyroscope) and software in your phone or tablet are enough to do the trick. Graphics and processing power have increased significantly in smartphones over the past year or so, and that is something phone makers are focusing on for forthcoming launches too. Having said that, you will notice a significantly superior AR experience on the newer phones—an iPhone 8 will run AR apps better than perhaps an iPhone 6 because of its superior hardware.

But is AR of any use beyond games and filters?

Popular furniture and home accessories brand Ikea has released the Ikea Place app for iOS devices, which uses ARKit to let you virtually place furniture pieces in your home before buying. This solves perhaps the biggest problem with buying furniture: how will it look in my room? Closer home, Foyr, a start-up, is using AR over the photographs of your home that you upload to let you compare and tweak interior design plans. It currently offers complete interior design services in Jaipur, Hyderabad and Pune. Carmaker Tata Motors uses AR at its dealership network. It allows potential buyers to virtually experience the cars and try out various combinations with modifications and accessories on a tablet, before placing the order. Augmented reality is being used in retail by Max Fashion India, for children’s apparel through the Max4D app (free on Android and iOS), which lets you click a picture of the graphic print on your T-shirt and watch the animations come to life in various avatars.

Get AR on your phone, now

You can download augmented reality apps on your phone and have hours of fun. Spoiler alert: the experience on iOS will be significantly superior than on some Android phones

Planning to get a tattoo but not sure if it will suit you? With this app, you can add tattoo designs, and see how they will look on your skin.

Most of us would find it difficult to identify most stars or constellations in the night sky, and those of us living in polluted cities can’t even see them. The Star Walk 2 app uses GPS on your phone to pinpoint your location, and it will identify the stars and constellations as you point the phone to the sky. 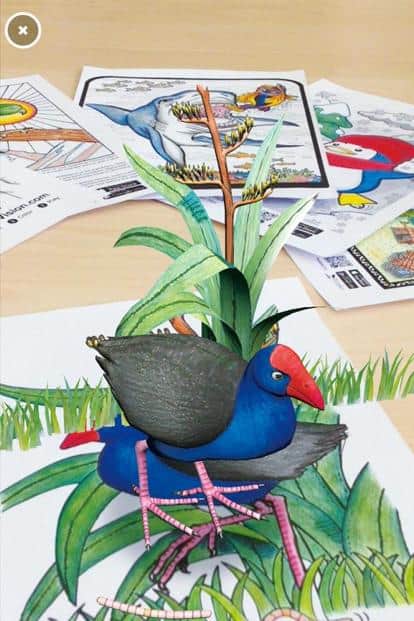 The Quiver app could be something to keep children busy with. Take a picture of a character from the pages of their drawing book, and it’ll transform into a 3D character. For this, you will need to use the special pages that are available for download through the Quiver app—print these out, let your child colour them, and watch the character come alive.

The complex puzzle game uses augmented reality to add another dimension. You can play it in your bedroom or living room or in any other open space, and the game will adapt the puzzle according to that. Euclidean Lands uses Apple’s ARKit. There are 40 levels in the game, and the enemies get tougher as you progress. 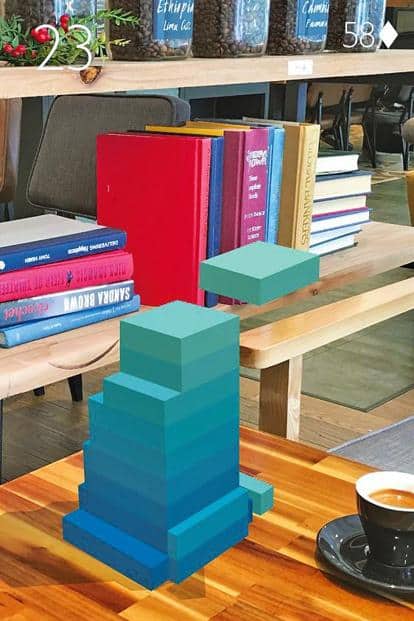 This is a stacking game that looks easy but is not. Stack AR uses the location around you (a flat surface such as a study table or a coffee table) where you need to stack blocks as high up as possible. An ideal app to take your mind off a stressful day at work, as you sip coffee while looking disinterestedly at the TV. The Carrot Weather app does some snarky and rude things. It is only logical that this app also uses AR as well for something unique. It uses the phone’s camera to not only give you the weather as you walk around, but will also warn you about potential zombie uprisings and what can happen if you forget to apply sunscreen. 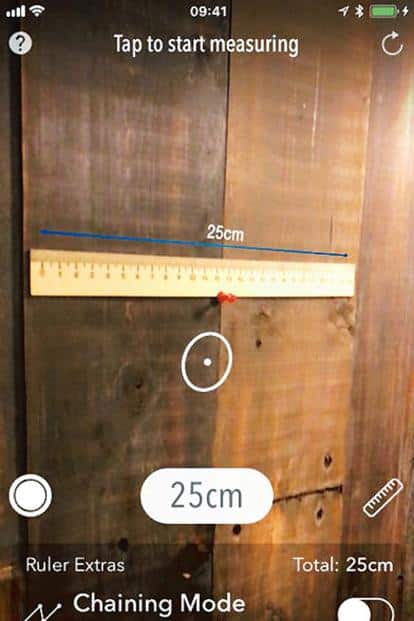