Thanks for Visiting Mint
You seem to have an Ad Blocker on. Please turn it off in order to continue, or whitelist Mint
HOW TO TURN OFF AD BLOCKER
OR
REFRESH IF YOU ALREADY TURNED OFF THE AD BLOCKER
Home >Technology >Gadgets >Samsung Galaxy Note 9 to launch in India today: First impressions, price

The Note 9’s India launch will take place two days before its global unveiling. DJ Koh, President and CEO of IT & Mobile Communications Division, Samsung Electronics, will attend the launch event in Delhi NCR on his maiden visit to India.

The launch will commence at 12:30 pm and you can catch the live stream at Samsung India Newsroom.Meanwhile, you can read the Note 9’s first impressions here.

The Galaxy Note 9 resembles its outgoing sibling, the Note 8, closely. After squinting really hard, you’ll notice that the only visible difference between the two phones is the placement of the fingerprint scanner at the back. It’s now placed at a much less awkward position – below the horizontally placed dual camera module, which also hosts the LED flash and the heart rate scanner. The less noticeable change includes the dimensions of the phone – the phone now has a 6.4-inch display, instead of 6.3-inches. The phone still has considerable heft – in fact it is 6 gm heavier than its predecessor, weighing in at 201 gm.

The phone still carries the curved edge display, which creates the illusion of the screen melting around the phone’s sides to minimise bezels. Samsung likes to call this the ‘infinity display’. However, the phone still has a massive chin and forehead, which can be an eyesore for a few people, especially since phones like the Vivo Nex and Oppo Find X have taken this game to a new level. But I think it’s a good thing because it allows you to grip the phone better.

And while we are still at it, the screen is absolutely stunning. It is a Quad-HD AMOLED display with a resolution of 2960x1440 and a beastly pixel density of 516ppi. Even though it comes without a fancy refresh rate, it still has one of the most responsive screens in the business.

While the skin of the phone remains nearly unchanged, there are several changes under the hood. The phone now ships with an Exynos 9810 Octa-core processor clocked at 1.7Ghz and an 8GB RAM variant. It also made the headlines for being the first phone to ship with 512GB of internal storage, which can be further expandable to a terabyte! Good luck finding that 512GB microSD card. But we received the base variant with 128GB of internal storage and 6GB RAM.

The performance is excellent, no lag or delays while navigating through the phone or browsing through your feed. You always have the confidence to run any app existing on the Play Store without ever thinking twice about system requirements. Toss that insane chipset, RAM and internal configuration with Samsung’s carbon-water cooling solution and voila! You have a near perfect gaming smartphone. This brings us to one of the most hyped things about this smartphone, at least among gamers – Fortnite Mobile.

Yes, this phone ships with a Fortnite Mobile installer. All you have to do is connect your phone to the WiFi and download the game. No need to give unknown apps permission to download, since you already have it preinstalled. The game is fairly similar to its PC counterpart, just that the graphics appear to be a bit pixelated, even at the highest graphics setting, which is a bit disappointing. For most gamers though, the sole idea of having Fortnite on their phones though might be comforting.

The software experience may vary from person to person. I’m personally not a big fan of Samsung’s UI, nor am I a fan of the “double vision" Samsung tries to offer with its own set of apps. From the virtual assistant to the calculator app, Samsung manages to duplicate everything. The Bixby button caused a bit of confusion for me whenever I had to reduce the volume during gaming, as there you can barely distinguish the two buttons. The Bixby button should at least have been textured to avoid it whenever possible.

The stylus of the phone has been further improved. It is now bluetooth-enabled and can provide 30 minutes of fun time in 40 seconds of charge. This is because it uses a capacitor that can store and release charge much quicker than Lithium ion battery. Capacitors also take up less space, so the stylus can maintain its tiny form factor. Samsung is also providing 2 additional tips and a tip removal tool for the stylus, which is great. The stylus now acts as a camera trigger, so all you have to do is press the button on the stylus instead of looking around for volume buttons. It can also pause and resume YouTube videos. The note taking and drawing experience is also great, you can take a look at my drawing masterpiece to gauge its practicality.

The Note 9’s camera is carried forward from the Note 8, with a few pages borrowed from the Galaxy S9. The Note 9 sports the same 20MP+20MP dual camera setup as the Note 8. The primary sensor is paired with a wide angle, 26mm lens with an aperture of f/1.7, while the secondary sensor is paired with 52mm lens with an aperture of f/2.4. The tricks borrowed from the S9 are variable aperture and super-slow motion mode. These two features add versatility to the Note 9’s camera. The photos I clicked were extremely rich in detail. The colour reproduction, contrast and even low light performance were fantastic. The Note 8’s camera was already great and the additional upgrades add the icing to the cake. The front camera of the Note 9 is also great. It no longer tries to intensely beautify you by smoothening your skin – it now produces sharp images. So you might have to work on your make-up before clicking a selfie, because there’s a good chance your blemishes will stand out. 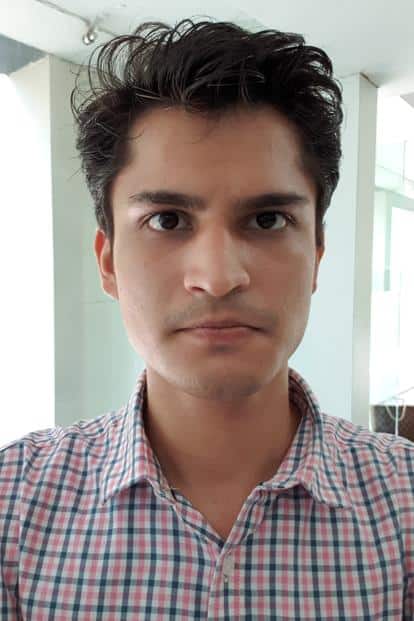 Rounding up, although the Note 9 is just an incremental upgrade over its predecessor, it still has decent specifications to offer. Sadly, it’s launched at the wrong time – Android Pie will soon roll out to other devices and so will the first 5G enabled devices. Going by Samsung’s tradition, the Note 9 will not receive an OS update anytime soon, which can be a bummer for many buying a brand new product.