Home / Technology / Apps /  Hello! Make the virtual butler work for you
Back
Share Via

Hello! Make the virtual butler work for you

New Delhi:Delhi-based Prasanto K. Roy, vice-president, Nasscom, owns an Amazon Echo. He recently asked Alexa to play Rabindra Sangeet. It played the National Anthem (also written by Rabindranath Tagore). “It was struggling to recognise commands perhaps because of different voices that were all speaking together," he recalled. An exasperated Roy said: “Alexa, you’re an Idiot!" to which Alexa responded by asking Roy if he wanted to buy Fyodor Dostoevsky’s The Idiot. Despite a “No" from Roy, Alexa placed the order since Roy’s Amazon Pay account was linked to the Alexa account by default—with no PIN or password. Roy is now saddled with a book he does not need—thanks to Alexa.

While Artificial Intelligence (AI) can be a double-edged sword, it is also touching people’s lives in many ways, now that most apps or personal assistants have some form of AI embedded in them. AI, however, can get better only as it gathers more data about users and learns new things (by seeing patterns) about them, providing more contextual responses. 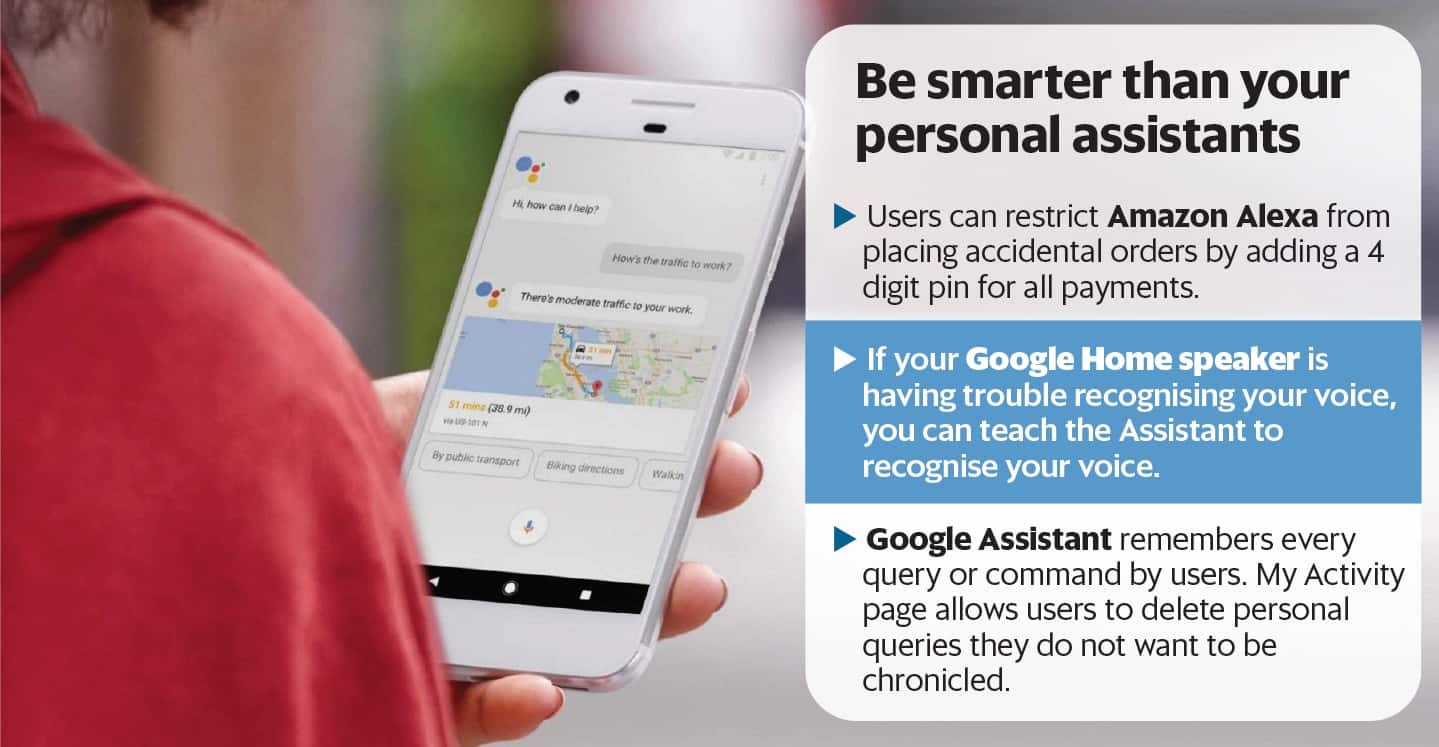 However, there is good in AI, too. Microsoft Office 365, the productivity suite we use regularly to work on documents, presentations and spreadsheets, has been enhanced with AI. The Word’s “Review" tab now has an Acronyms option, which when selected, opens a pane on the right side of the open document to show a list of acronyms used in the document and what they mean.

Similarly, Excel users can use “Insights" that relies on machine learning to analyse data in Excel spreadsheets to automatically create pivot tables and trend charts.

Likewise, photographers may appreciate the smart features integrated in Google Photos. Photos now use facial recognition to detect friends and family and allow you to share them. It also uses algorithms to analyse the composition and suggest smart editing tips and corrections such as fixing brightness.

If monochrome photography is something you do regularly, Photos gives you a colour version, by intelligently filling in the appropriate colours. Google Photos is not the only photography app that relies heavily on AI.

Adobe’s Lightroom, available on both Android and iOS, uses Sensei, which relies a lot on machine learning. Sensei learns from professionally-edited images, analyses your photos and then suggests edits on the basis of the comparative information it has.

Technology companies, too, are taking their AI-powered assistants to the next level by making them sound more like humans. Google’s preview of Duplex at the Google I/O annual developer conference in May provided a glimpse into how well a personal assistant can hold a two-way conversation with a third person in the coming days.

So far, most personal assistants, be it Cortana, Google Assistant or Alexa, have only been able to respond to commands by users.

They could make a call, but could not talk on the user’s behalf. Google demonstrated this new capability of AI in Assistant by getting it to order food and book a table over the phone. Not only was it able to respond with a lot more contextual replies, but also used expressions such as “umm" or “hmm"—to sound like a real person.

Amazon has also opened its voice-based assistive capabilities called Alexa Skills for Amazon Echo users, allowing them to create custom skills for Alexa to fulfil their personal or other requirements at home.

Nandita Mathur contributed to this story.