The annual Mobile World Congress (MWC) ensures that smartphone brands make a beeline for Barcelona to show off what they have in store for consumers. This year’s extravaganza will run until 1 March. Some of the smartphone launches indicate that Google’s Android operating system will adopt a two-pronged strategy involving the Android Oreo (Go Edition) and Android Oreo’s Android One variant.

The Go Edition is designed for a smoother usage experience on more affordable phones that don’t always have the most powerful hardware—the idea is to remain frugal, lighten the apps and ensure optimal usage of processing power and memory. The Android One platform, now in its fifth generation, is meant for a more refined and unmodified software experience on mid-range and flagship phones.

We look at the best new phones that take Android on this new journey: Nokia 8 Sirocco looks beautiful, and its thin bezels bring it more in line with the newest Android flagship phones. Inside is a Qualcomm Snapdragon 835 processor, 6 gigabytes (GB) RAM and 128GB storage. Also, there is wireless charging, dual cameras (12-megapixel plus a 13-megapixel telephoto) with Zeiss optics and a 3,260mAh battery. The Nokia 8 Sirocco will run Android Oreo’s Android One variant. Priced at €749 (around Rs60,000), the phone will be available from April, though India-specific pricing and availability is yet to be confirmed. 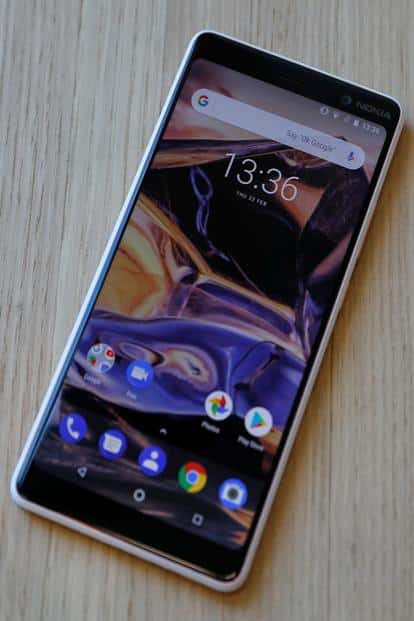 The Nokia 7 Plus has a 6-inch IPS display, runs a Qualcomm Snapdragon 660 processor and sports a large 3,800mAh battery. Photo: Reuters

The Nokia 7 Plus will be a strong contender in the mid-range Android smartphone space. It has a 6-inch IPS display, runs a Qualcomm Snapdragon 660 processor and sports a large 3,800mAh battery. The Nokia 7 Plus also has a dual camera setup, with a 12-megapixel (MP) camera paired with a 13MP telephoto camera and also a 16MP camera for selfies. The Android Oreo’s Android One software should ensure a smooth user experience. It will be available from April, and is priced at €399. 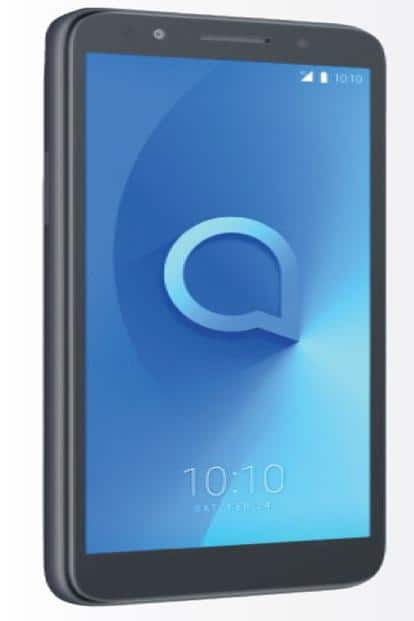 The Alcatel 1X is an affordable Android Oreo (Go Edition) phone, priced at around €100.

The Alcatel 1X is an affordable Android Oreo (Go Edition) phone, priced at around €100. It has fairly modest hardware—a quad-core MediaTek 6739 processor, a 5.3-inch display with the ultra-wide 19:8 aspect ratio and options of 1GB or 2GB RAM. There are 8MP and 13MP cameras on the back and, depending on the variant, you may also get the Face Key facial recognition feature to unlock the phone. The Google apps that you find by default on most Android phones have been replaced with the slimmer Go variants, including Assistant Go, Files Go, etc. 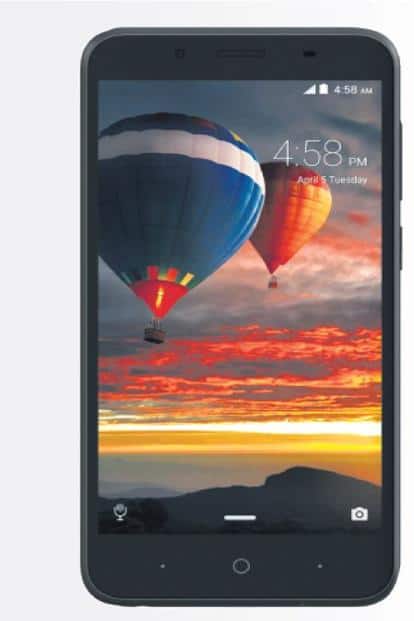 The Tempo Go from ZTE is priced at $79.99 (around Rs5,100). The phone has a 5-inch display, 1GB RAM and 8GB internal storage, though there is a microSD card slot as well. It will run on a Qualcomm Snapdragon 210 processor and has a 2,200mAh battery. The Android Oreo (Go Edition) frugal app line-up will be preloaded on the Temp Go.

The most affordable phone announced by Nokia at the MWC, the Nokia 1 is priced at $85 and is an Android Oreo (Go Edition) device. It runs a MediaTek 6737M processor with 1GB RAM and 8GB storage. The phone sees the return of the Xpress-on covers for the back panel, available in multiple colours, which let you change the look of the phone quickly. It will start arriving in stores sometime in April.