Meet chef Alexa from the smart kitchen of tomorrow

The Lounge list of 10 must-haves for the modern kitchen

Making tea isn’t really a high-tech activity; how difficult is it to immerse a tea bag in boiling water? But humans must invent, and given the lack of any serious advancement in space travel, they have turned their attention to the kitchen, where almost every task has been mechanized and there’s a gadget for everything.

Here, then, are the 10 items any self-respecting high-tech kitchen should have—and we didn’t even include the 3D-printing pancake bot or the gesture-enabled trashcan. 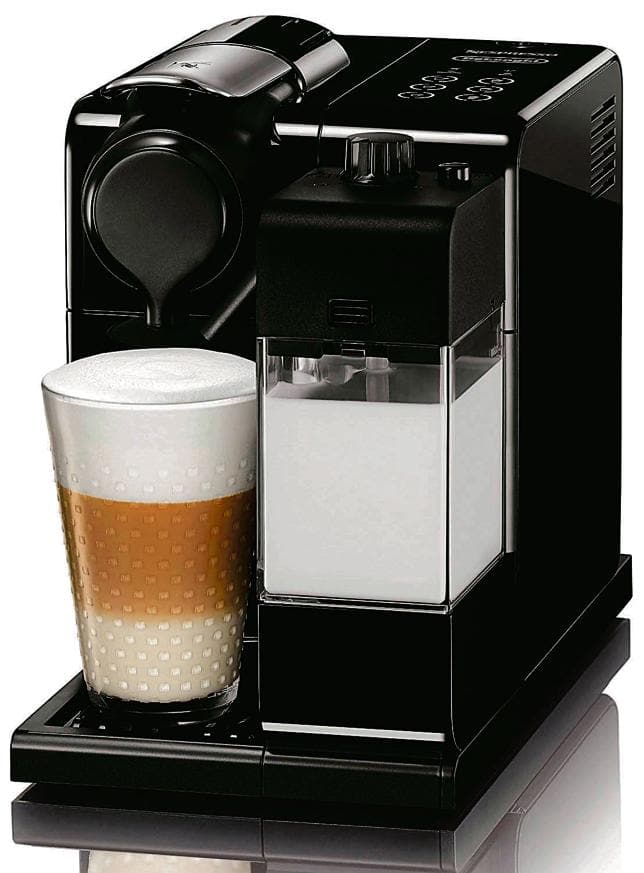 Making coffee is a complicated process, and the variety of techniques, all with subtly distinctive results, can be quite challenging. Enter the Nespresso, which yields the best results with minimum effort. This machine brews coffee from “pods", capsules containing a single-use amount of ground coffee. You can only brew one cup at a time, so everyone gets to enjoy their own cup instead of a warmed-over batch made to a single preference. Smart scales like the Drop don’t just weigh ingredients, they connect to apps, guide you through the steps, and even tell you when to stop pouring as you add stuff into the measuring bowl (no more fiddling with a measuring cup or squinting at the scale’s display). The Prep Pad even gives you the calorie and nutrition breakdown of meals. www.amazon.in Slow-cooking gives you one-pot meals with amazing flavours while preserving nutrients. All you have to do is throw the ingredients into the cooker and set the timer. The IoT-based Crock-pot connects to a phone app, so you can remotely control start/stop times or pause the cooking process. amazon.in The sous vide “machine" is just a thermal circulator that maintains water temperature through the cooking process. Chefs would use lab-grade heaters, but brands like Anova and Joule now sell sous vide machines that can be controlled via Bluetooth or Wi-Fi. store.anovaculinary.com “French door" refrigerators with external LED displays allow efficient meal prep, finer temperature control, quick ice-making and dispensing, and have plenty of space. If it’s IoT-enabled with cameras, it lets you see inside the fridge, and sends reminders to your phone when you’re running out of milk and eggs. This iconic stand mixer with its beautiful retro design is probably the most wanted kitchen appliance in the world. The Artisan Series 5 Quart Tilt-Head is so complex that its specs sheet reads like a spaceship blueprint, but so intuitive to use that you don’t need to read it. It comes with an attachment hub and a variety of blades at very fine speed adjustments ranging from 1 to 10. www.kitchenaid.in Can you even call yourself a serious home chef if you’re still using your basic kitchen tap? A commercial-style pull-down faucet not only looks professional and sleek, it saves time and allows a high level of flexibility thanks to the spring-based ultra-long pipe. Most of the models also come with one-touch sprayer attachments that are handy for washing fruits and vegetables quickly
or rinsing utensils before use. www.hansgrohe.in. Allow us this quirky entry. The Click and Grow smart garden takes the suspense out of growing your own herbs by making it failsafe even for accomplished plant-killers. Set up in a handy box-sized bed, it makes sure your plants have enough water, light and nutrients at all times. The self-watering tank only has to be refilled once a month, the soil has a balance of nutrients, and it comes with LED “grow lights".

The real use of Echo or Google Home is in the kitchen. It lets you create grocery lists using voice commands, read out recipes as you cook/bake, convert units, set timers, control other IoT devices—and, of course, play music. www.amazon.in

Roti makers are a dime-a-dozen, but there’s only one Rotimatic. The “kitchen robot" made by a Singapore-based start-up has a mile-long wait-list because it replaces the multi-step process of making rotis to just one step of loading the machine with flour, water and oil. It makes phulkas, pizza bases, pita bread, tortillas and other varieties of flatbread.