After spending over three decades in the Indian mutual fund industry – all of which were with a single fund house - Swati Kulkarni, the former Executive Vice President and Fund Manager – Equity at UTI AMC, retired in November.

She joined UTI AMC in 1992 and has been a Fund Manager since 2004. When asked, what is that she would miss about UTI AMC, she said “I’m going to miss working with the experienced team at UTI, their structured investment approach, and the interactions with company managements and our channel partners."

What she found most satisfying about her work was the opportunity to constantly keep learning. “There is so much to learn about new business models, strategies etc. Also, you are participating in the wealth creation journey of your investors and that is very satisfying," says Kulkarni. During her 30+ plus year stint at the AMC, she managed three schemes – UTI MNC Fund (since June 2004), UTI Dividend Yield Fund (since December 2005) and UTI Mastershare Unit Fund (since December 2006) which together have assets worth Rs. 16,250 crores. UTI Mastershare Unit Fund, a large cap scheme accounts for two-thirds of these assets. The three schemes have generated returns (CAGR) of 15.8%, 14.3% and 15.7%, respectively since their inception.

Known for her ‘growth at a reasonable price’ investment style, Kulkarni likes companies with a ‘competitive franchise’, that is, companies that are fundamentally strong with well-managed capital structures.

Given her three-decade long career, Kulkarni has witnessed many market ups and downs. When asked about the most challenging periods during her tenure, Kulkarni recalls the May 2009 election result day when the markets went up by 19% in a single day. “Given the post global financial crisis scenario and the fact that the markets had already gone up a lot, we hadn’t deployed all the cash we held. This was a drag when the markets went up. Despite the drag, we chose not to chase momentum stocks and focused on stock selection. So, that was a big learning experience" says Kulkarni. According to her, there are challenges when one’s thought process or strategies do not play out well. In such times, rather than reacting by following the market trends, she has preferred to review her investment rationale and portfolio strategies. “If that is weakening, then action is needed, else you gain more conviction, which allows you to be patient till your strategy fructifies," adds Kulkarni.

Her former colleague, and CIO, UTI AMC, Vetri Subramaniam describes her as someone who blends a rational mind with steely determination. “Calm and collected through euphoria and despair - she is an asset in any team. She is not just a good Fund Manager, but is a good friend, colleague and mentor to those around her," says Subramaniam.

The Only Adani Stock Worth Looking At

So, where is Kulkarni headed next? She says, it’s too soon for her to say anything, and that she will likely figure it out over the next few months. 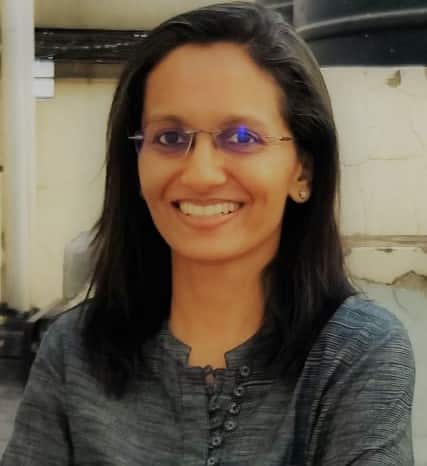 Maulik Madhu is a special correspondent at Mint. She started her career at the Competition Commission of India (CCI) and forayed into business journalism in 2012. Choosing to specialize in personal finance, she worked at FundsIndia and The Hindu Business Line, before joining Mint in March 2022.
Read more from this author
Catch all the Corporate news and Updates on Live Mint. Download The Mint News App to get Daily Market Updates & Live Business News.
More Less
OPEN IN APP