Private equity (PE) and venture capital (VC) investors should look at more reasonable returns on their investments in India, Union Minister Piyush Goyal said, even as he acknowledged their importance and contribution to the economy.

"We want all our investors to succeed and grow. But they should not look at supernatural profits and look at more reasonable returns on their investments," said Goyal while delivering the keynote address at the Indian Venture and Alternate Capital Association (IVCA) conclave on Thursday.

As Adani shares tank further, here's look at what is at ...

He, however, noted the "quite legendary" and "pivotal role" played by PE/VC investors in the growth of the startup ecosystem. "When we are talking about 'Atmanirbhar Bharat', the new (startup) ventures will need funding in the initial phases. We will need VCs to support and handhold the startups," he added.

Atmanirbhar Bharat, which translates into self-reliant India, is a phrase popularized by Prime Minister Narendra Modi.

Goyal further urged the industry to focus on a four-pronged strategy to boost the ecosystem. They are: promoting innovation, facilitating mobilization of domestic capital, fast tracking self-reliance and focusing on smaller towns and cities.

"We all recognize that there is a pool of talent that is not exposed to new financing and all of us from the metros should be willing to sacrifice a little bit of time to focus more on tier II and III (regions)," said Goyal.

He explained that domestic capital will play a major role in untapping the potential of these smaller towns. "Some of our unicorn founders also come from these towns and cities, we should focus more on these regions," he added. Unicorns are startups that boast of a valuation of at least $1 billion. India produced a record over 40 unicorns last year as compared with just 11 in 2020.

He also urged the investors to engage with incubators spread across the country.

Explainer: How short selling works and why it hasn't pi ...

Ukraine is not about to join the EU

Goyal underlined that the government will do its best to reduce the regulatory burden on the industry and move towards a self-regulation and self-certification model.

In Budget 2022 announced last month, the Finance Minister Nirmala Sitharaman proposed to set up an expert committee to suggest measures to review the regulatory framework for the VC and PE industry, underlining the maturity of India's startup ecosystem. 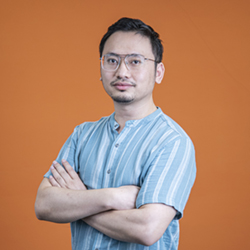