Indian services firms continued to benefit from accommodative demand conditions in November as the S&P Global India services purchasing managers' index rose to 56.4 in November from 55.1 in October, remaining above the 50-mark separating growth from contraction for a 16th straight month.

“New business inflows rose markedly and at the quickest pace in three months, supporting a sharp expansion in output and further job creation. There was another substantial increase in input costs, the second-fastest since July, which underpinned the strongest upturn in selling charges in just under five-and-a-half years," S&P Global said.

Prices charged for the provision of services in India continued to increase in November, as companies transferred part of their additional cost burdens on to consumers while the latest rise was the twenty-first in consecutive months and the strongest since July 2017.

"Whilst on the whole the latest results are encouraging, the trend for inflation is somewhat concerning. Strong demand for services again boosted firms' pricing power, with more companies transferring cost increases to their customers. The overall upturn in input costs was sharp and little-changed from October, while output charges rose at the quickest rate in over five years," said Pollyanna De Lima, economics associate director at S&P Global.

Meanwhile, employment rose at a solid pace that was among the quickest in over three years. Another factor that triggered job creation was an uptick in business confidence. Service providers were at their most upbeat towards the year-ahead outlook for output in just under eight years. Firms largely expect demand strength to be maintained in 2023, with some planning to lift marketing budgets to aid sales, S&P added.

Job gains could fuel Fed debate over whether more is ne ...

States are flush with cash, which could soften a possib ...

On the other hand, India’s factory activity expanded at its fastest pace in three months in November as new orders and exports expanded boosted by demand resilience and substantial easing of input cost pressure, according to a monthly survey released last week. Manufacturing Purchasing Managers‘ Index, compiled by S&P Global, rose to 55.7 last month from with 55.3 in October. 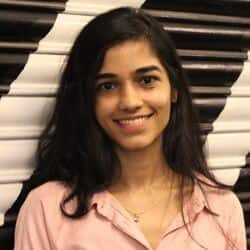